Whilst we’re saddened to see museums and galleries temporarily close this week, we still believe in the uplifting spirit of collaboration. That’s why we are bringing independent, East End galleries together this November for First Thursdays online.

This month we partnered with Studio 1.1, PEER UK and Hundred Years Gallery who have announced an exciting assembly of exclusive video content, multimedia digital displays and performances. 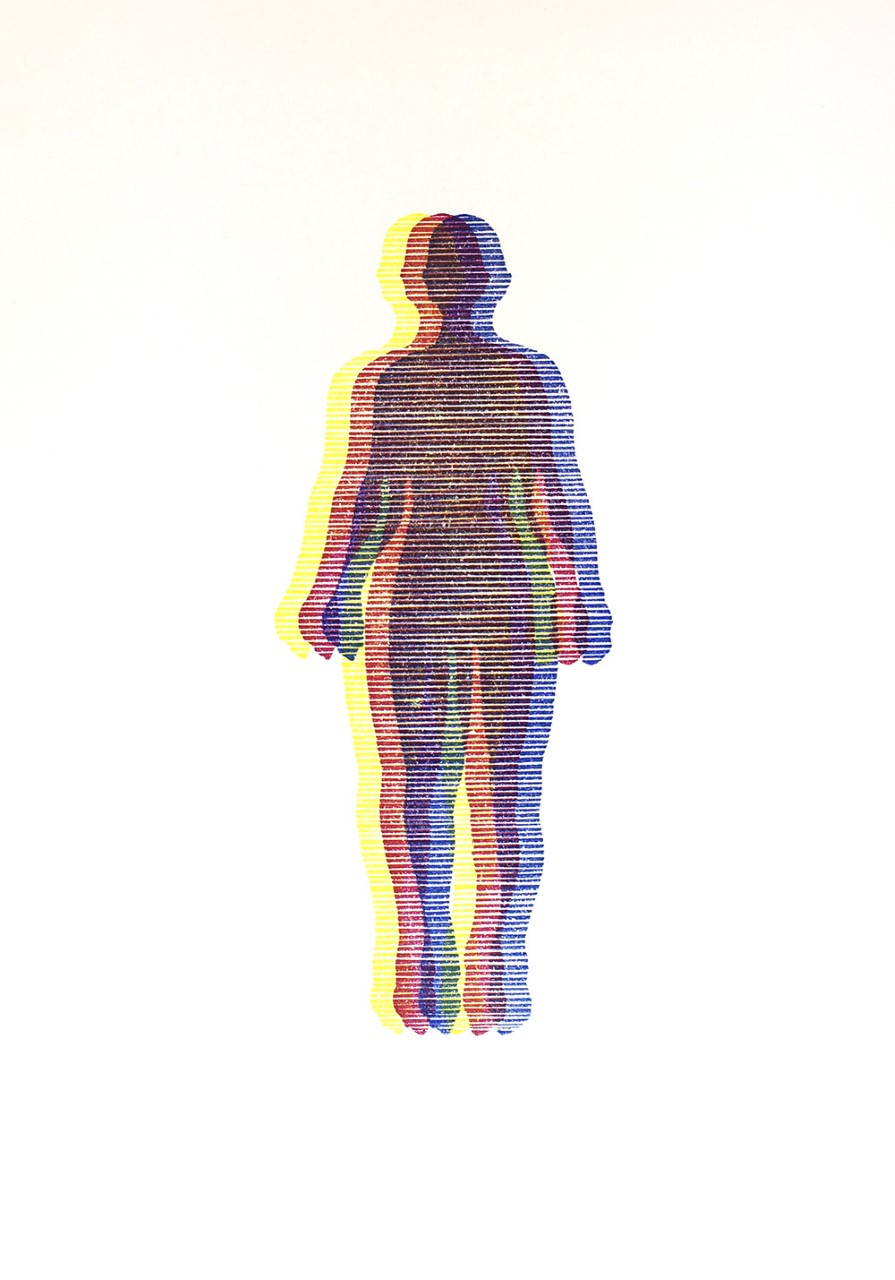 Featuring shifting forms, blurred figures and colourful patterns, Euan Stewart’s A Sense of Self  at Studio 1.1 is an emotional response to a crisis of collective and individual identity. Faceless and featureless, Stewart’s abstracted figures move to an industrial rhythm of line and colour that swings them from separation to communion, and back again.

With the fabric of individuality picked away through experiments in form and composition, what emerges in this exhibition is a picture of the human essence which, however frightening it may appear, opens a space for us to project our own sense of self. Specialising in drawing and printmaking, Stewart, who is also the winner of Studio 1.1’s 11th annual Lottery Show, re-examines his subject, each time knowing something is always out of reach. His ongoing studies in anatomy, identity and natural history play with medium, scale and sequence to produce results that can be traditional or experimental in execution.

Note: This exhibition was scheduled to open on 5 November, but will now be postponed due to the latest government guidelines. Keep an eye on the Studio 1.1 website for updates. 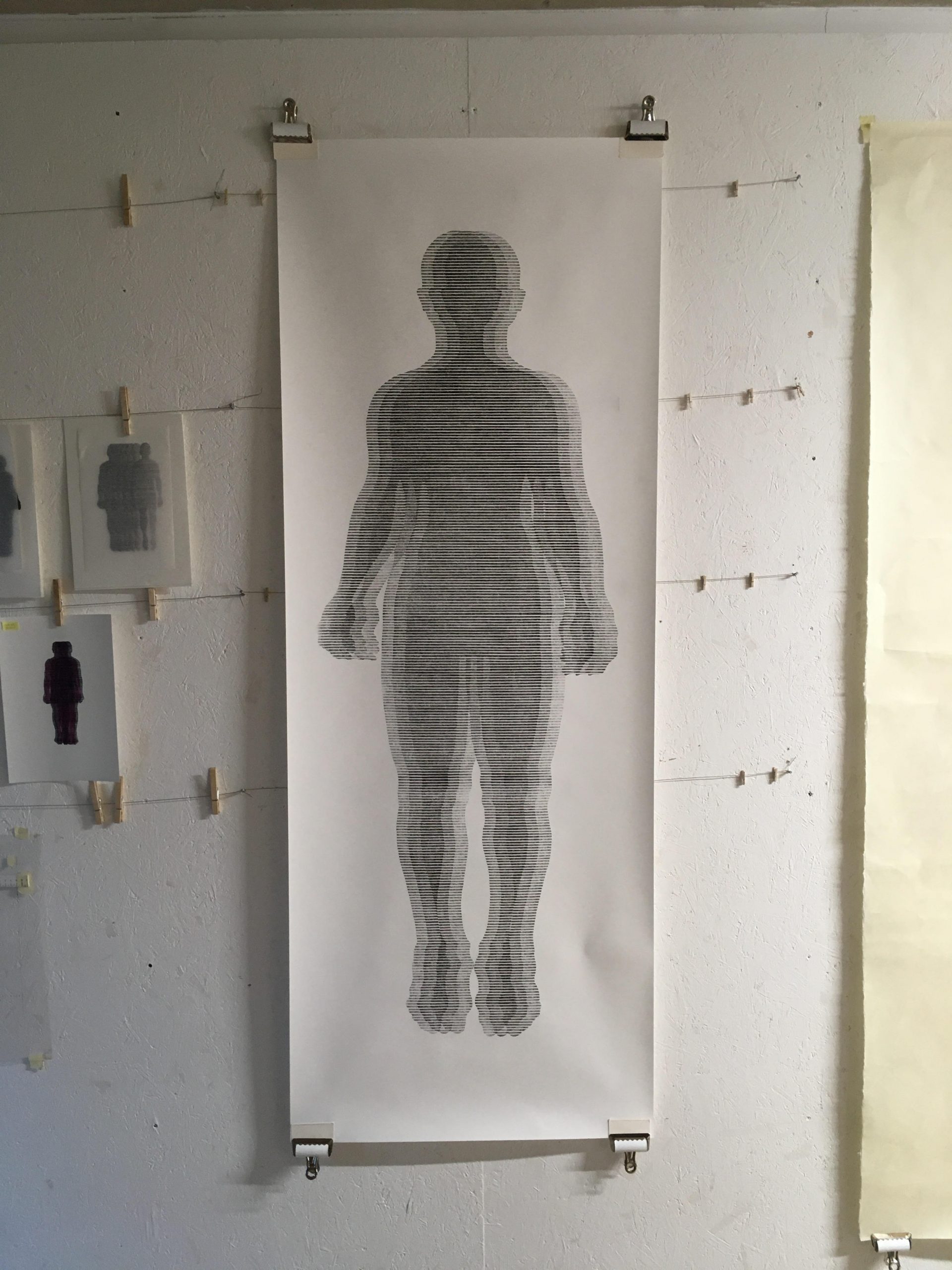 Artist Savinder Bual’s fascination with the mechanical inventions and engineering advancements of the 18th and 19th centuries is a central concern of her work. At this time in British history, the arts and sciences were often entwined and curiosity about the world was further fuelled by discoveries made during colonial expansion. Bual is interested in early experiments in moving image making and has used a number of low-fi techniques to create the illusion of movement in real time.

Although PEER UK will be temporarily closed this month, viewers will still be able to experience Bual’s two major artworks in the exhibition, Ananas and the Flatfish, throughout lockdown. The first is the installation of Bual’s Pineapple Project, featuring nine stringed instruments which are bow-activated to produce sound when fresh pineapple tops are spun over the strings. The second is a mesmerising large-scale film work, Movements of a Flatfish (2020), projected onto the gallery windows. The looped projection is created by feeding an image of a flatfish through two rollers, creating the illusion of three-dimensional movement. This piece will be activated on Mondays to Saturdays from 3-10pm during the lockdown period.

The title of the exhibition, which was originally due to open this week, references another kind of exotic novelty, the South American fruit ananas, or pineapple. A staple food throughout South America, it was introduced to Europe in the 17th century and soon became an indicator of status and wealth, and part of the trappings of colonial power well into the 18th century. Bual’s nine bow-activated stringed instruments produce sound when fresh pineapple tops are spun over the strings will be installed in the gallery.

Watch a performance of Savinder’s Pineapple Orchestra on the gallery’s Vimeo and head to the PEER UK website for more information. 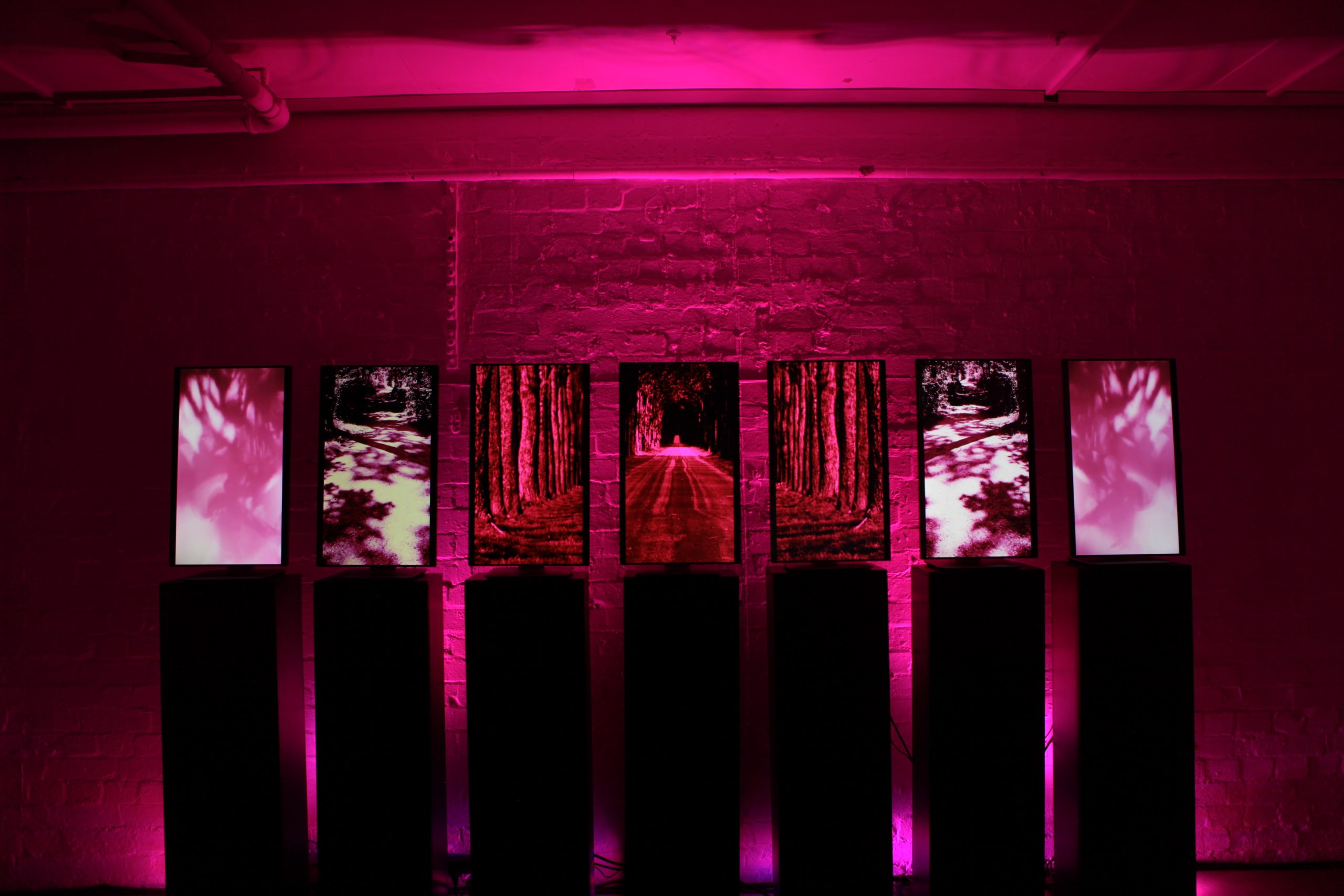 While Hundred Years Gallery was due to finally re-open its doors this November, their exhibition Solace by visual artist-musician Richard Bolhuis will now be taken online. The show features Bolhuis’ interdisciplinary installations and experimental films, which the artist notes have come about spontaneously and in no way represent pre-elaborated concepts. Ambiguous, intangible and constantly in motion, the films progress like life itself, full of wonder, mystery and the personal connections that are at the heart of the artist’s practice.

As in music, Bolhuis’ site-specific films are all about ‘open-mindedly experiencing the work in the moment’. Instead of letting one art form define or encompass his body of work, he carves out his own autonomous space. His installations consist of soundscapes, film loops and drawings, often projected outside in order to interact directly with their surroundings. Despite their shifting locales, the works in Solace are rooted in the tranquil countryside of Groningen, a northern county in the Netherlands, whereby the meditative nature of his nonlinear films and soundscapes is emphasised.

In celebration of First Thursdays this November, we’re delighted to share an exclusive screening Bolhuis’ film, Desfizijl, below. Be sure not to miss his additional works, The Walk and Sparrowstars, online and check out Hundred Years Gallery’s exhibition trailer in advance of the space’s reopening. 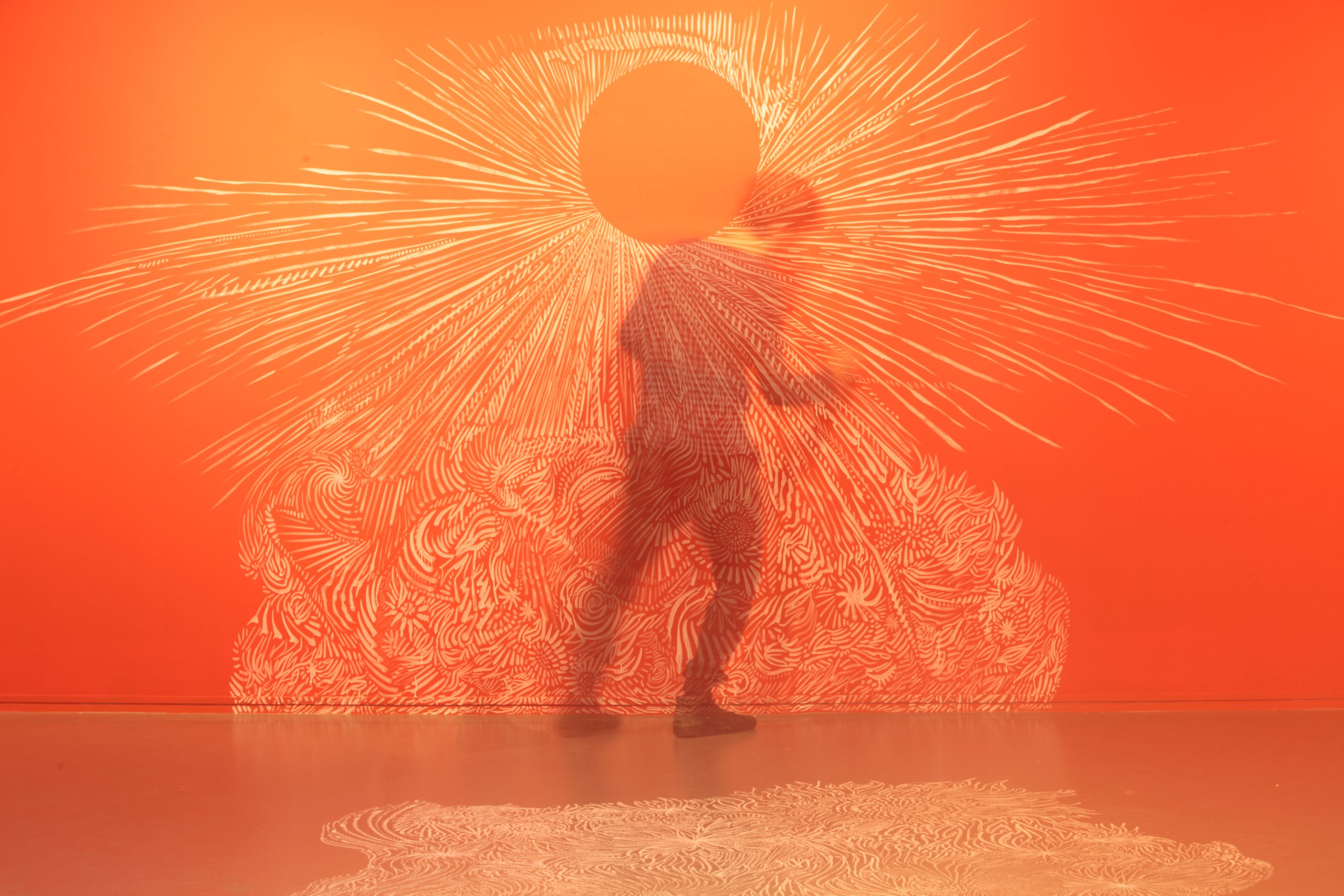 On the first Thursday of every month, over 150 galleries in east London come together and run free events, exhibitions, talks and private views during a special late opening. Find out more about First Thursdays here.