More in The eye of the inner leaf

The eye of the inner leaf

An allegory of the savage.
A leaf and an eye, the inner one, to return to the earth, to take root and rediscover nature: Alessandro Roma‘s exhibition ‘The eye of the inner leaf‘ is an allegorical journey into the depth of the unconscious, a celebration of instinct which, through the pictorial gesture, turns into a pure vision of the savage that lives in us.

From wall paintings to works on paper, the gaze is lost in a selva of primordial forms where every element depicted is opposed to the others with an expressive force on its own, testifying that, in nature, everything has a raison d’être. Keepers of this order are the three sculptures from the series ‘My head inside the nature‘ (2019), silvan divinities with phytomorphic appearance and apotropaic powers, which refer to a distant time when man and nature lived in total symbiosis.

So it is with the unconscious, where instincts and archaic desires coexist, originating a state of pre-knowledge of ourselves and reality.

Roma’s latest exhibition leaves the path to return to the savage and to a mythical, irrational and timeless dimension as the magical explanation of the world. 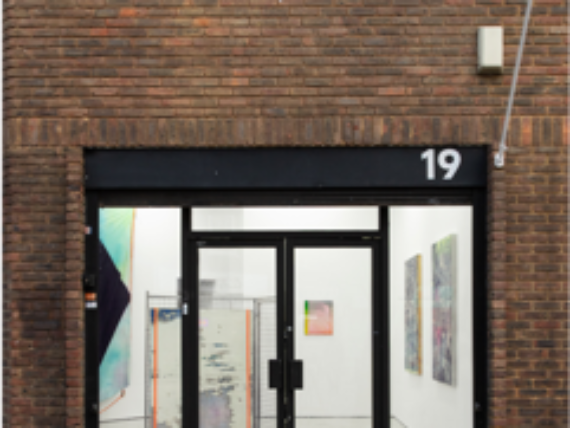