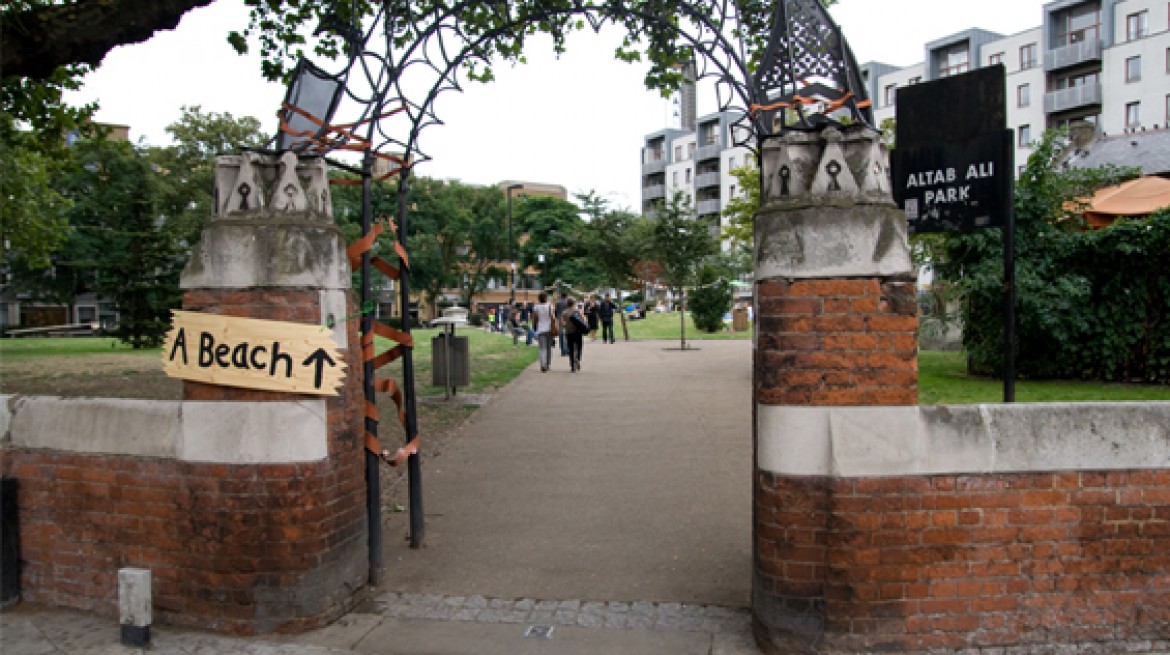 “Take a trip to Scrivener’s Cove, a little-known writers’ and readers’ retreat that appears intermittently in cities such as London. Bring along a picnic and beach towel, a novel or biography and amble to Altab Ali Park, just across the road from the Whitechapel Gallery, for an afternoon of writerly r&r”

Activities included literary volleyball, where teams of writers with contrary agendas battle on a paper ‘court’; a snack bar purveying books, magazines and fanzines with a seaside aroma; a rack of magically transportative postcards; crafted crustaceans; a rockpool of authors’ epigraphs (PDF here); a crop of vhs seaweed; art publication sandcastles, and beachcombing for holiday novels.

The first literary volleyball match pitched Stewart Home and the Semina Experimental Fiction Team against Simon Bill and Sally O’Reilly, after which the court was open to all comers. Winner stays on.

The Rockpool was cultivated by Sally O’Reilly and Francis Upritchard.