A Surreal Summer of Art and Ideas

On the occasion of museums and galleries reopening across the UK, we’re diving into what’s sure to be a surreal summer of art and ideas. Keep your eyes out over the next few weeks as featured artworks from our current exhibitions appear in posters throughout East London.

If you encounter one of our posters outdoors, please snap a photo and tag us using #surrealsummer2021 on social media. 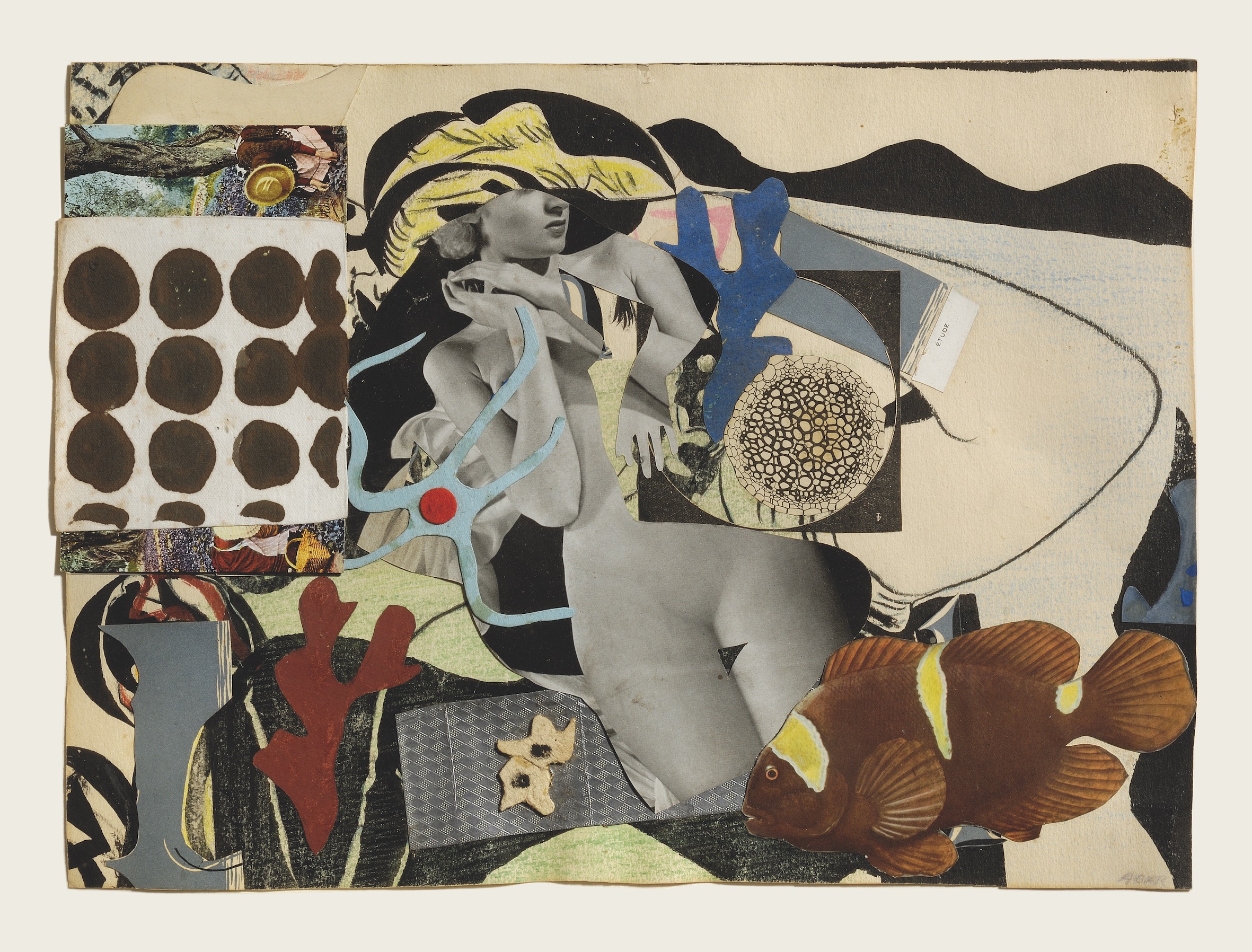 In 1939, the onset of war interrupted Eileen Agar’s artistic activity significantly, as it did for many artists of her generation. Though pacifists, she and her partner Joseph Bard both enlisted in the war effort, Agar volunteering in a canteen on Savile Row. While remaining in London allowed her to keep her studio, she was little able to paint: “I felt it impossible to concentrate on painting when you could turn to look out of the window and see […] a Messerschmidt [sic] flying low over the tree tops”.

At this time, Agar found collage – with its more political foundations – a more relatable medium. In 1942, she had a solo exhibition at Redfern Gallery where she showed twenty-four new collages. Pictured here, Erotic Landscape (1942), depicts a cut-out photograph of a nude woman, surrounded by a fanfare of plant and marine life, wave-like drawings and twisting, cellular tendrils. A girthy tree trunk grows sideways in the top left corner and a small spikey, black triangle peeps out of the woman’s crotch. The work is dense and loaded; here desire feels violent and urgent, as though Agar is trying to summon all that is sensual and natural to surmount the struggles of war. 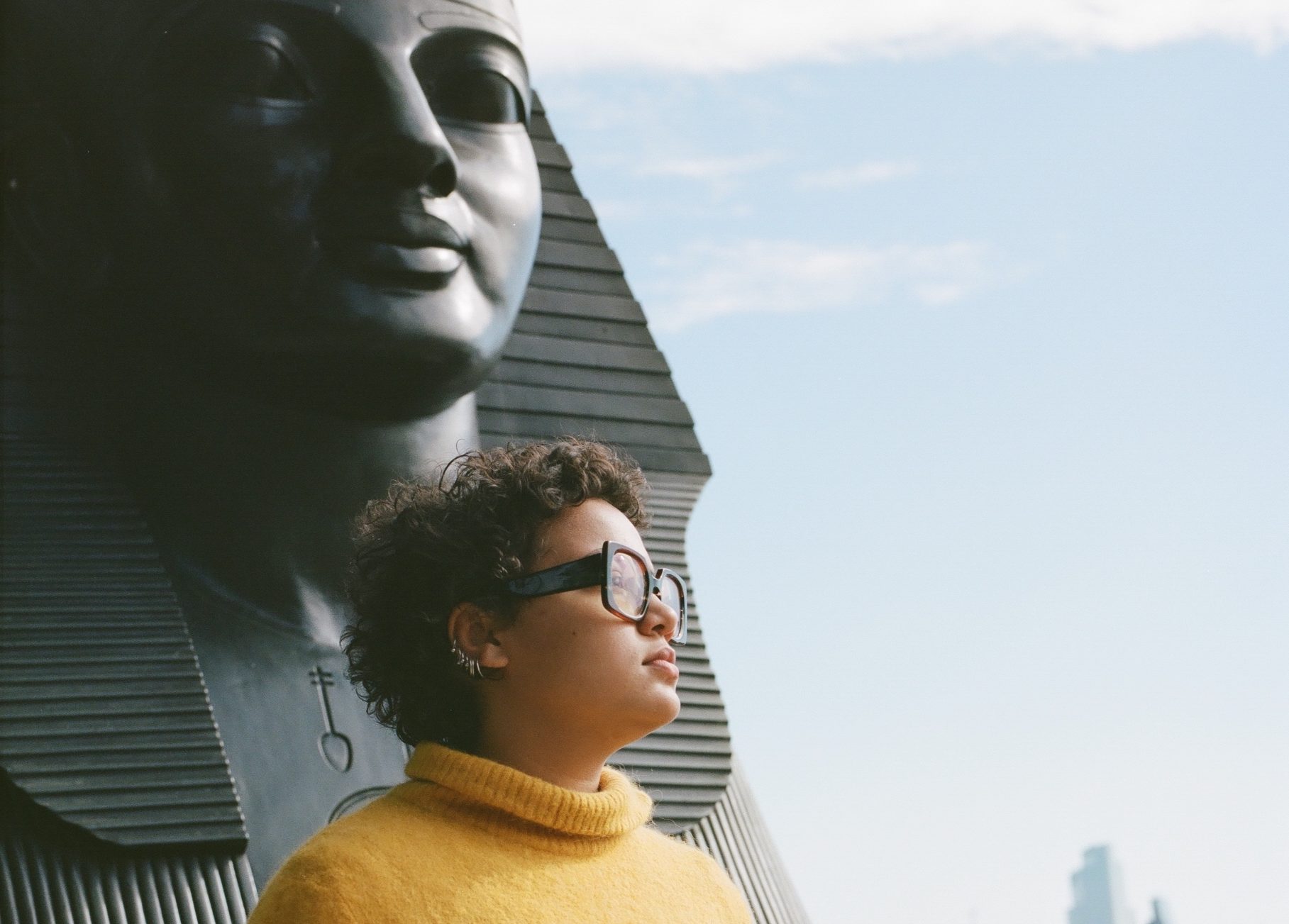 Premiering at Whitechapel Gallery this summer, Fire in My Belly is an artist collaboration with the Gallery’s youth collective, Duchamp & Sons. Together through workshops, screenings and fieldwork in East London, the group explored ideas of place and belonging, tracing memories of displacement and the meaning of home over a period of six months to create the film.

Fire in My Belly brings these young Londoners together to discuss what ‘community’ means to them. Echoing today’s uncertain times, they reveal their present challenges and future aspirations whilst highlighting the complexities of belonging. At Highgate Cemetery they pay homage to the activist Claudia Jones, reflecting on how overlooked migrant legacies can be preserved. The documentary weaves a compelling portrait of London through their voices as they navigate an uncharted road map of the city. 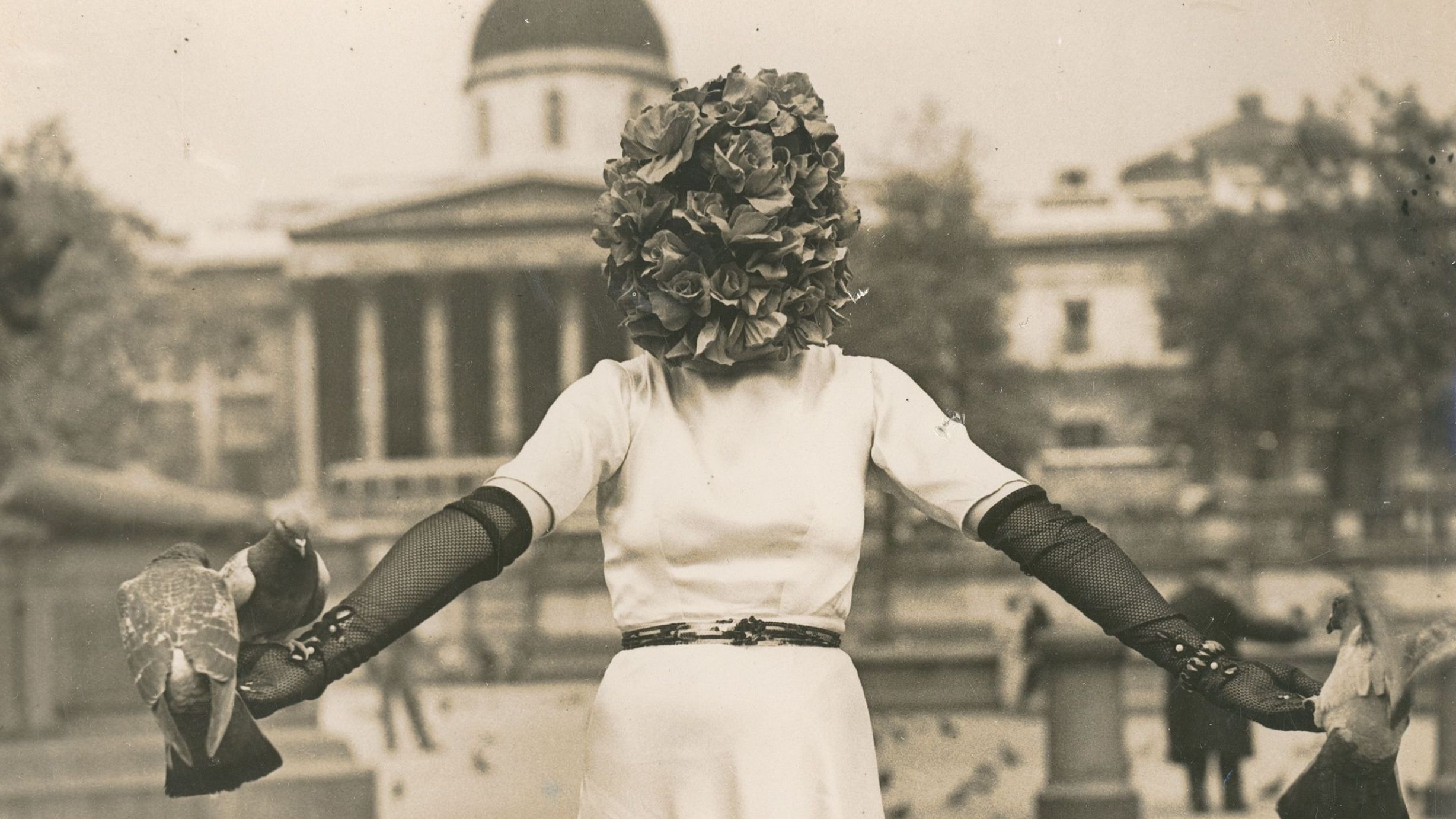 On a hot summer’s day in 1936 a woman dressed in a bridal gown paraded around Trafalgar Square, London, her head entirely covered with red roses, in tribute to Salvador Dalí’s painting, Woman with the Head of Roses (1935). The mystery woman, who puzzled passers-by and made newspaper headlines, was later revealed to be artist Sheila Legge (1911–1949), appearing that day as ‘the phantom of Surrealism’ to launch the London International Surrealist Exhibition, held at the New Burlington Galleries in Mayfair.