Art in the Heart of East London II

Art has the power to inspire, provoke, challenge and transform. It shifts our perspectives, adds colour to our neighbourhoods and critiques social norms. That’s why, for over one hundred years, Whitechapel Gallery has worked to bring art to the heart of East London.

This week we’re highlighting a few works currently on display in order to shed light on the often overlooked stories and strength behind them. We think art has the power to change the world – what about you? 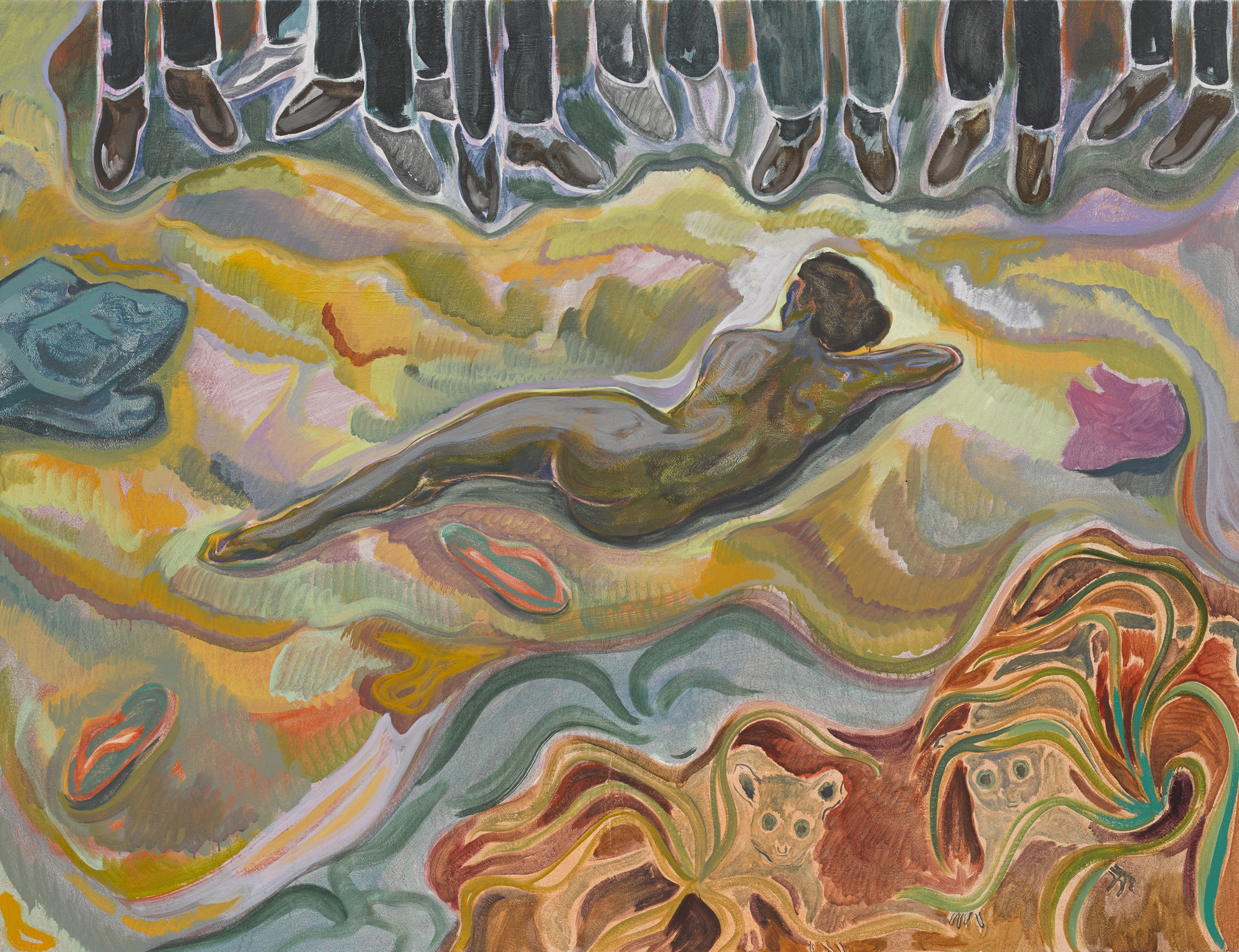 In the work #mydressmychoice (2015), a nude based on Velázquez’s The Toilet of Venus (1647–51), also known as the Rokeby Venus, reclines in a lush and colourful landscape. Aligned along the top edge of the painting and facing the female figure is a group of men, represented only by dark trousers and shoes. While the style of the painting is classical, the title is taken from a social-media hashtag. It refers to a video that circulated online in 2014 of a female food trader in Nairobi who was stripped and assaulted by several men because she was wearing a miniskirt. #MyDressMyChoice was started by a coalition of mothers to protest this incident and support the rights of women to dress as they wish.

While the subject matter and canvas are closely associated with East Africa, where Armitage was raised, the style and palette resembles that of Gauguin’s Tahitian paintings. Armitage deliberately takes on the French Post-Impressionist painter’s exoticising gaze, problematising this position and, at the same time, examining his own culture with other eyes. ‘I’ve never had the weight of feeling like western art history is my own,’ Armitage reveals. ‘I always feel like I’m looking in.’ 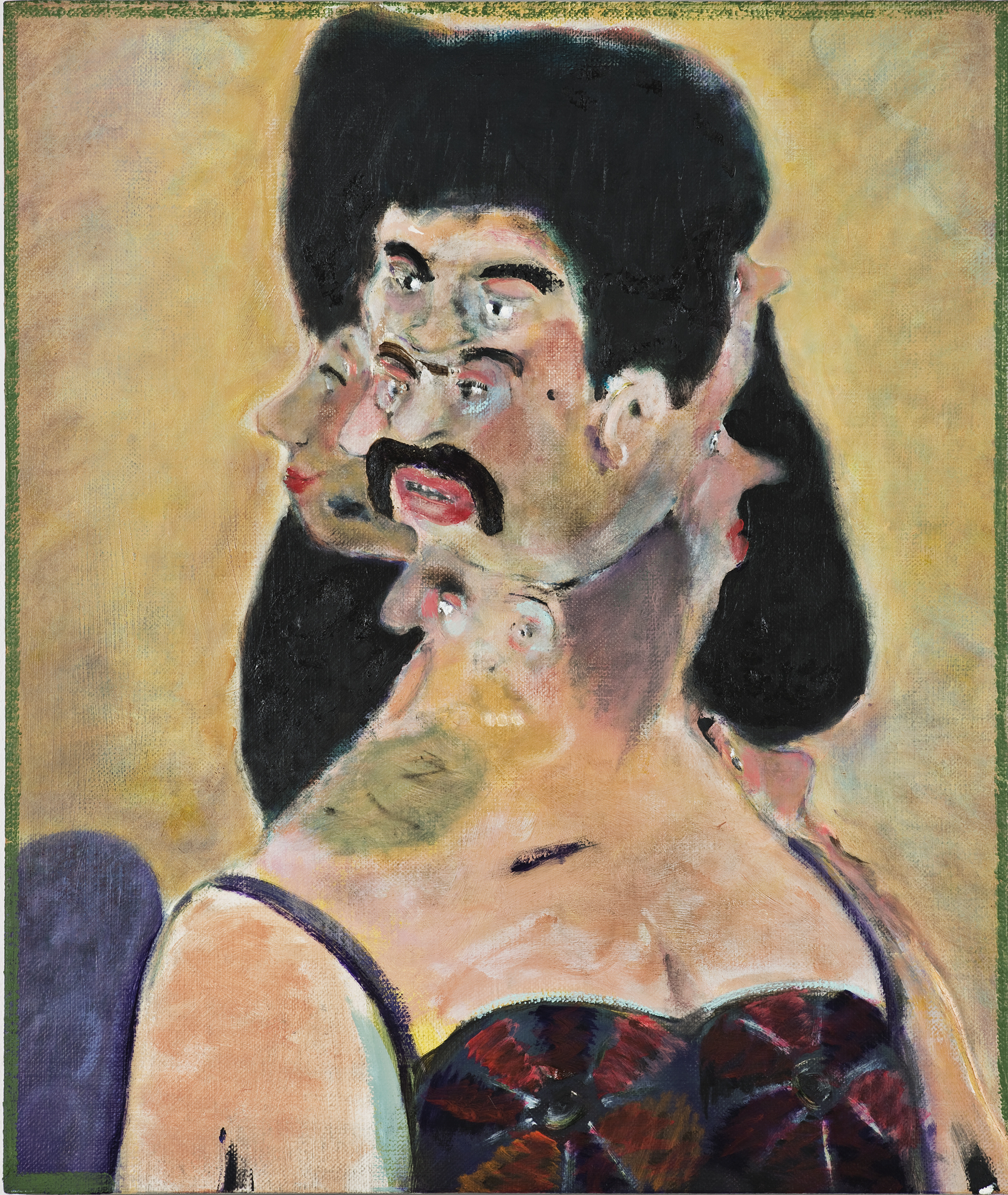 While studying at the Royal College of Art in London, Ryan Mosley (b. 1980, Chesterfield, UK) worked as a guard at the National Gallery, absorbing pictorial motifs and strategies from old masters and early modern painters such as Titian, Jean-Antoine Watteau and Edgar Degas. The flattened picture plane common in pre-Renaissance paintings and the experience of seeing pictures over the heads of gallery visitors influenced the shallow depth of field and stage-like framing in Mosley’s work.

Duchess of Oils (2014) grew out of an idea of painting an actor who simultaneously manifests all the roles he or she has ever performed. The sexually ambiguous figure of the duchess has grown several additional faces, with different eyes, noses, lips and facial hair. 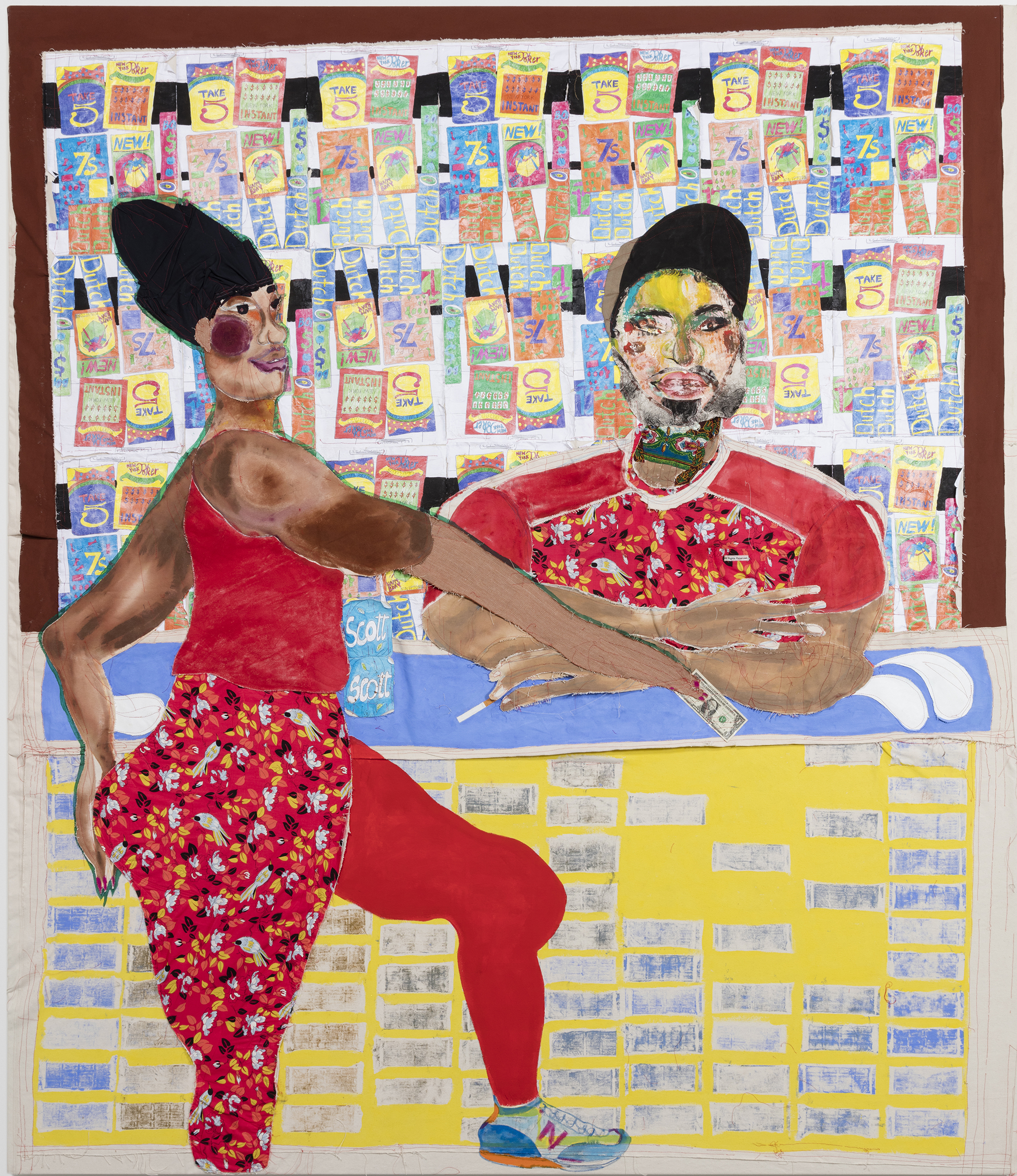 Tschabalala Self (b. 1990, New York) studied printmaking and painting at Bard College and Yale School of Art. Self
depicts black figures, often female, in a bold, exaggerated and flattened style with a combination of sewn, printed, and painted materials. She learned quilt making and sewing from maternal family members and uses these assemblage and appliqué techniques to confront the stereotypical and sexualized representation of black bodies, referencing Jacob Lawrence and Faith Ringgold as artistic touchstones. Working with fabric scraps, she prefers ‘materials that are of the world because they keep that energy from their original purpose’.

Koco at the Bodega (2017) is part of a group of works celebrating local bodegas, convenience stores that are a gathering place in black and Latino communities in an ever gentrifying New York City. 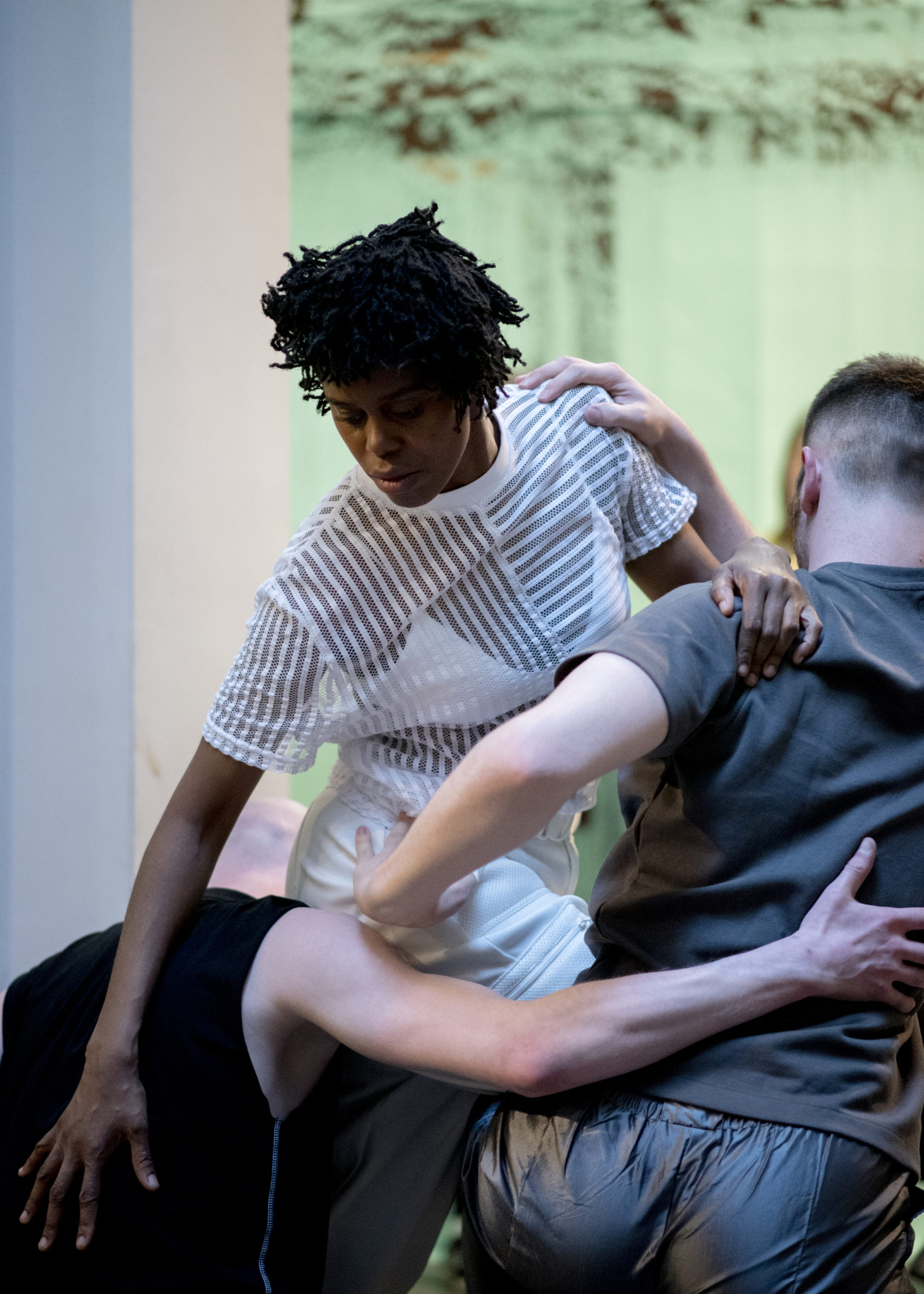 Artist Carlos Bunga (b. 1976, Portugal) inhabits Whitechapel Gallery with a cardboard construction and collection of repurposed domestic furnishings to create an evolving installation in dialogue with the historic interiors of the gallery. He encourages us to get lost in his painted structures, to wander among items of adapted mobile furniture and gaze up at large textured hanging canvases.

For his first major UK commission, Something Necessary and Useful, Bunga invites the choreographer Joe Moran and dancers to perform in and around the installation, exploring their shared interest in the relationship among bodies, physical space and time. Titling the performance, Materiality will be Rethought, Joe navigates dance’s potential to disrupt architectural space and offers a new framework from which to experience the labyrinthine installation.