This week we travel to Sweden via email to meet Lisa Tan. Her film My Pictures of You (2017-2019) selected by Bonniers Konsthall in Stockholm, is currently screening as part of our global online season of Artists’ Film International. We discovered what inspired the film and how the artist is responding to the world’s COVID-19 lockdown. 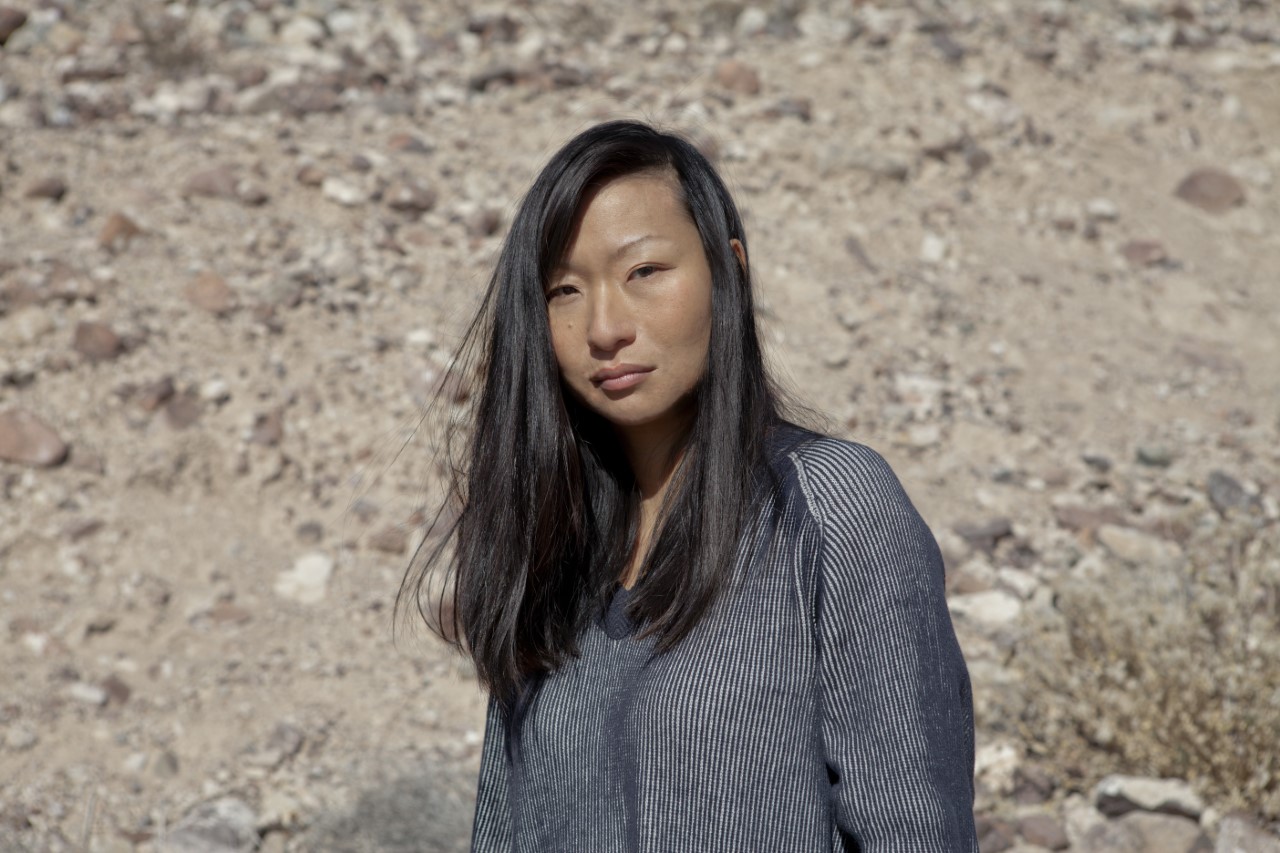 Q: Thank you for speaking to us from your home in Stockholm. Where did you grow up and how did you become interested in moving image work?

A: I was born in the States and moved from New York to Stockholm several years ago. Working with moving images is similar to writing. One image follows the next and builds toward meaning.

Q: During the current climate, how are you maintaining your art practice from home? Are you exploring or experimenting with any new art practices during this time?

A: Like many artists, I also teach and that’s become far more time-consuming as it’s migrated online, increasing the need for coordination, administration, and support for students facing this weirdness. Fortunately for me, my studio is a two-minute walk from my home so I am still managing to get there.

Q: Aspects of your everyday life—such as love, experiences of otherness, loss—have all served as inspiration alongside your research into different fields of study such as the theory of photography, literature, and affect. What inspired or influenced you to create My Pictures of You? Where does My Pictures of You fit into your wider practice and concerns?

A: I think about the images of Mars as a death mask of Earth… This thought is what the video feels its way through with the help of an endearing physicist and Roland Barthes. The end of the world as we know it is a bleakness whose flip-side is an undying love.

Lisa Tan, My Pictures of You

Lisa Tan works with video, photography, text, and installation. Tan is concerned with the ways in which images and language shape political consciousness, the formation of individual subjectivity, and desire.

For her recent exhibition, My Pictures of You with Galleri Riis, Oslo (11 October – 8 November 2019), Lisa Tan presented photographs, works on paper, and a video, set in an environment evoking the indifferent atmosphere of a waiting room. In various ways, each work reflects on art’s mediation of life and mortality. 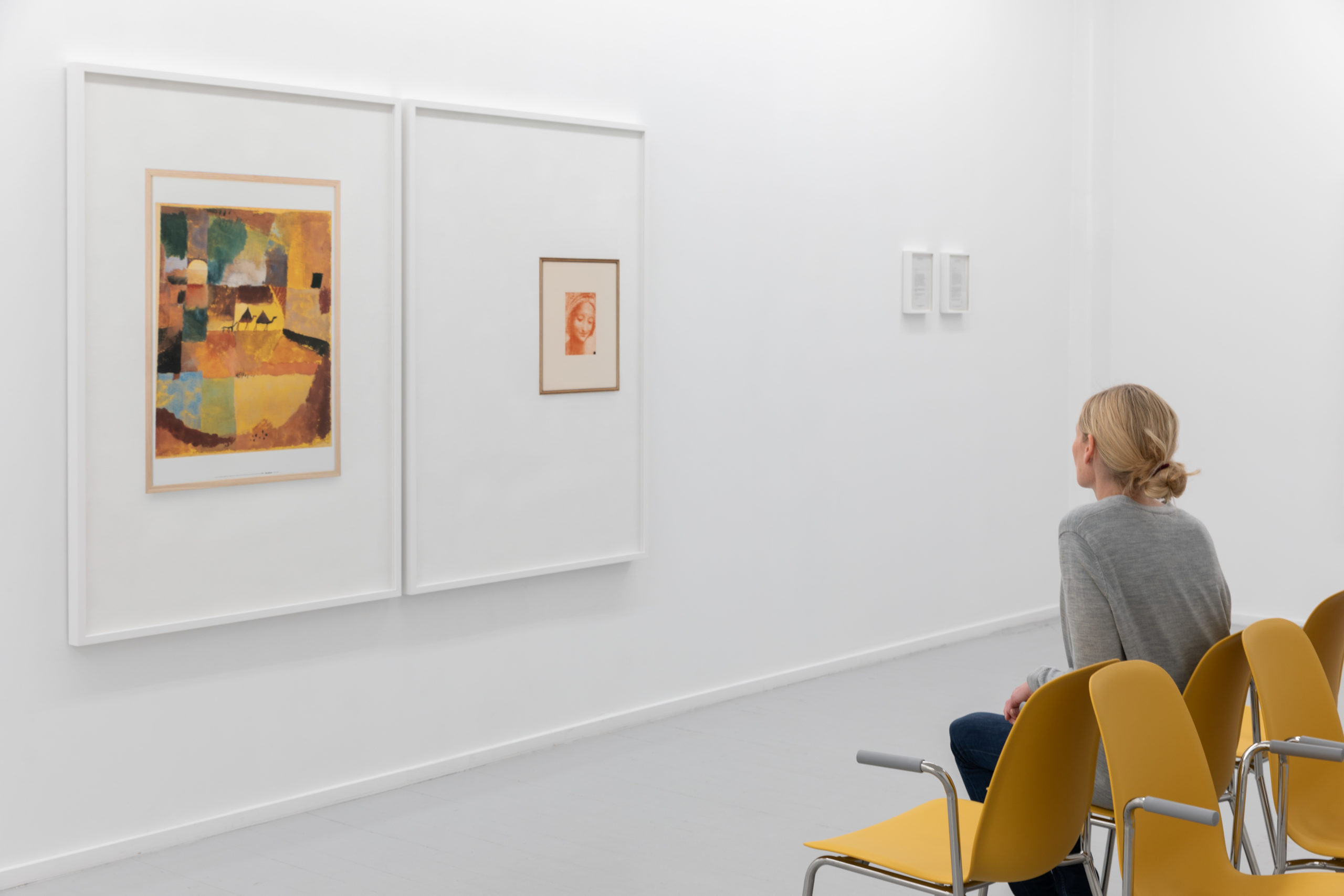 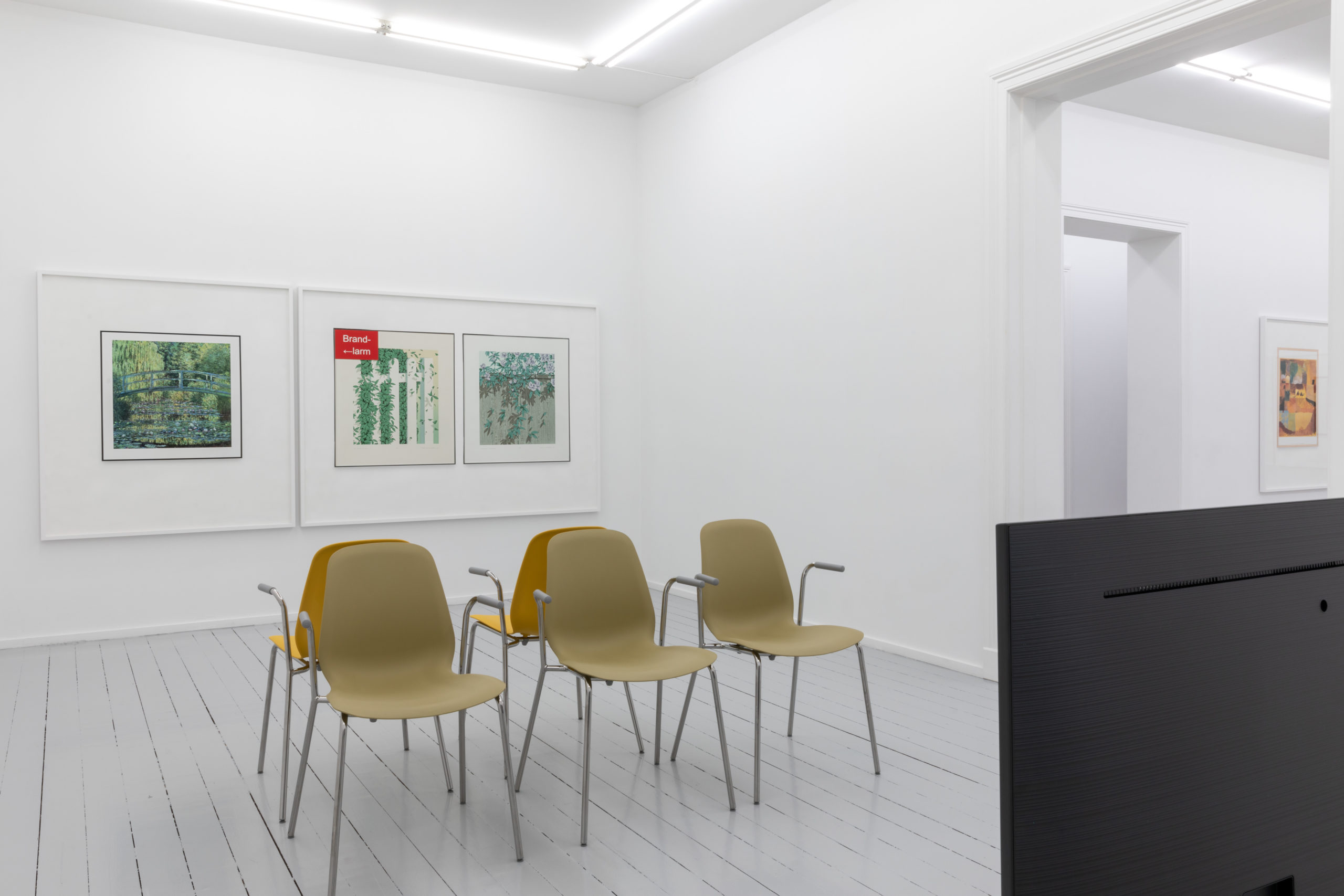 Her new series of photographs document the framed art found in the waiting room of two different physicians: a psychologist and a neurologist. The image sources in these waiting rooms are – as one might easily guess – reproductions of paintings and drawings, both notable (Leonardo da Vinci, Paul Klee, Henri Matisse, Claude Monet) and otherwise.

Waiting rooms are an interstitial space par excellence, harboring people with sickness and good health. Tan’s unemotional and distanced documentation performs a kind of rehabilitation, in which the notion of the waiting room becomes more apparent, as do the lives of the images themselves. 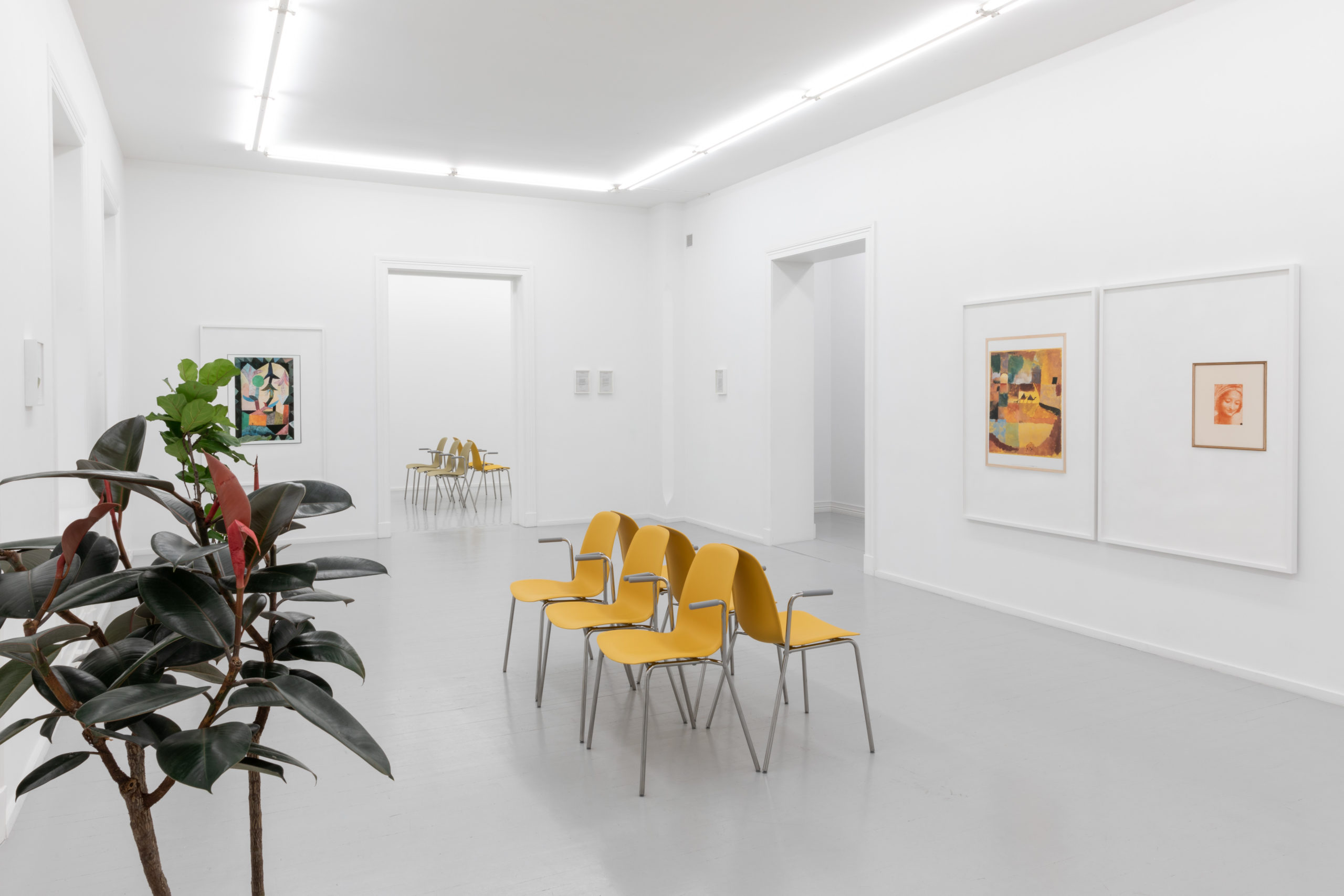 Installation view: My Pictures of You, Galleri Riis, Oslo, 2019 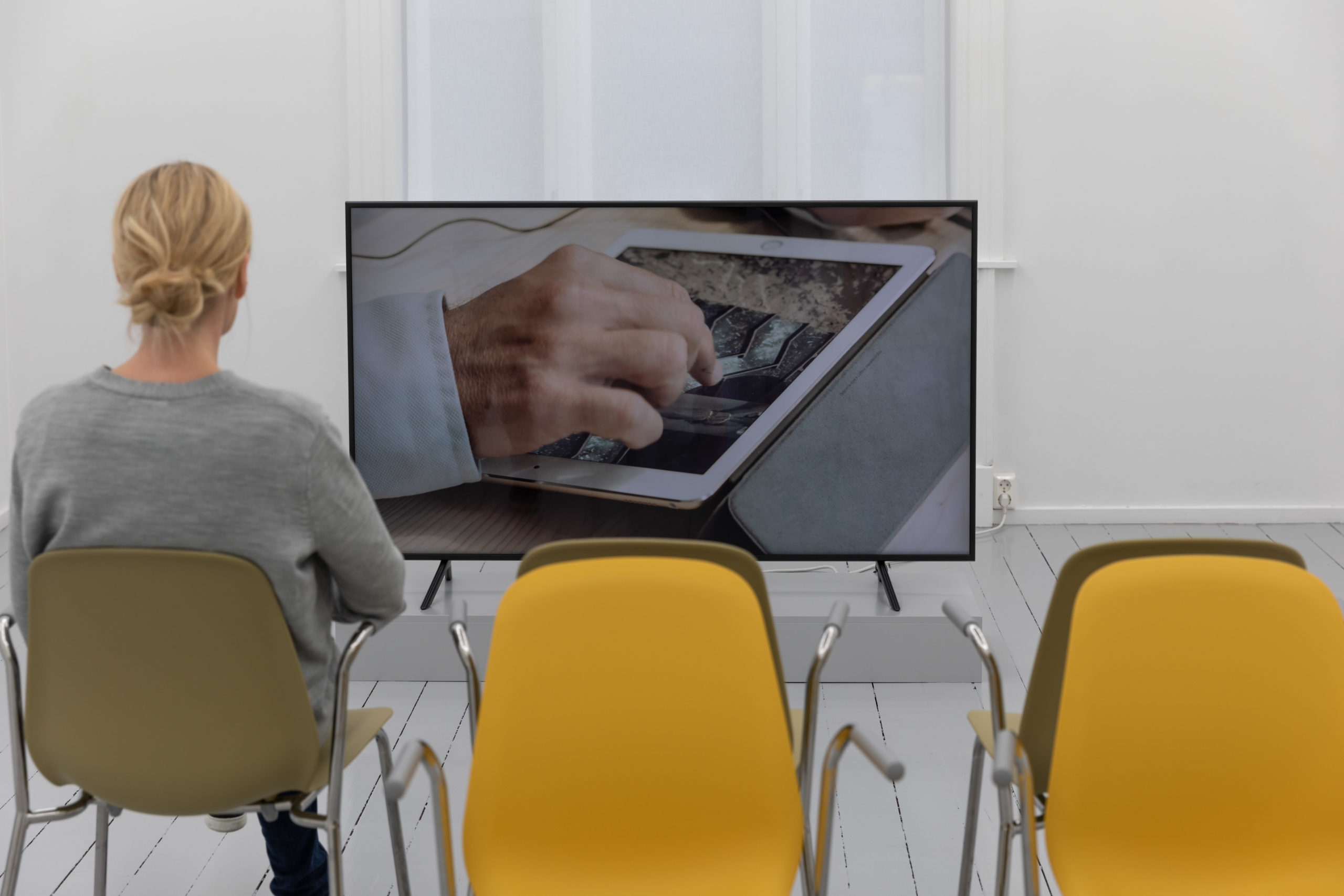 As Tan says, “each image has run through a sequence of exchanges since its making. Circulating in art’s hierarchies and value systems—and then getting stuck. Stuck stuck. In the waiting room. With me. Maybe it’s the image’s fault. But I’m trying to see its innocuousness in an alternate way.” 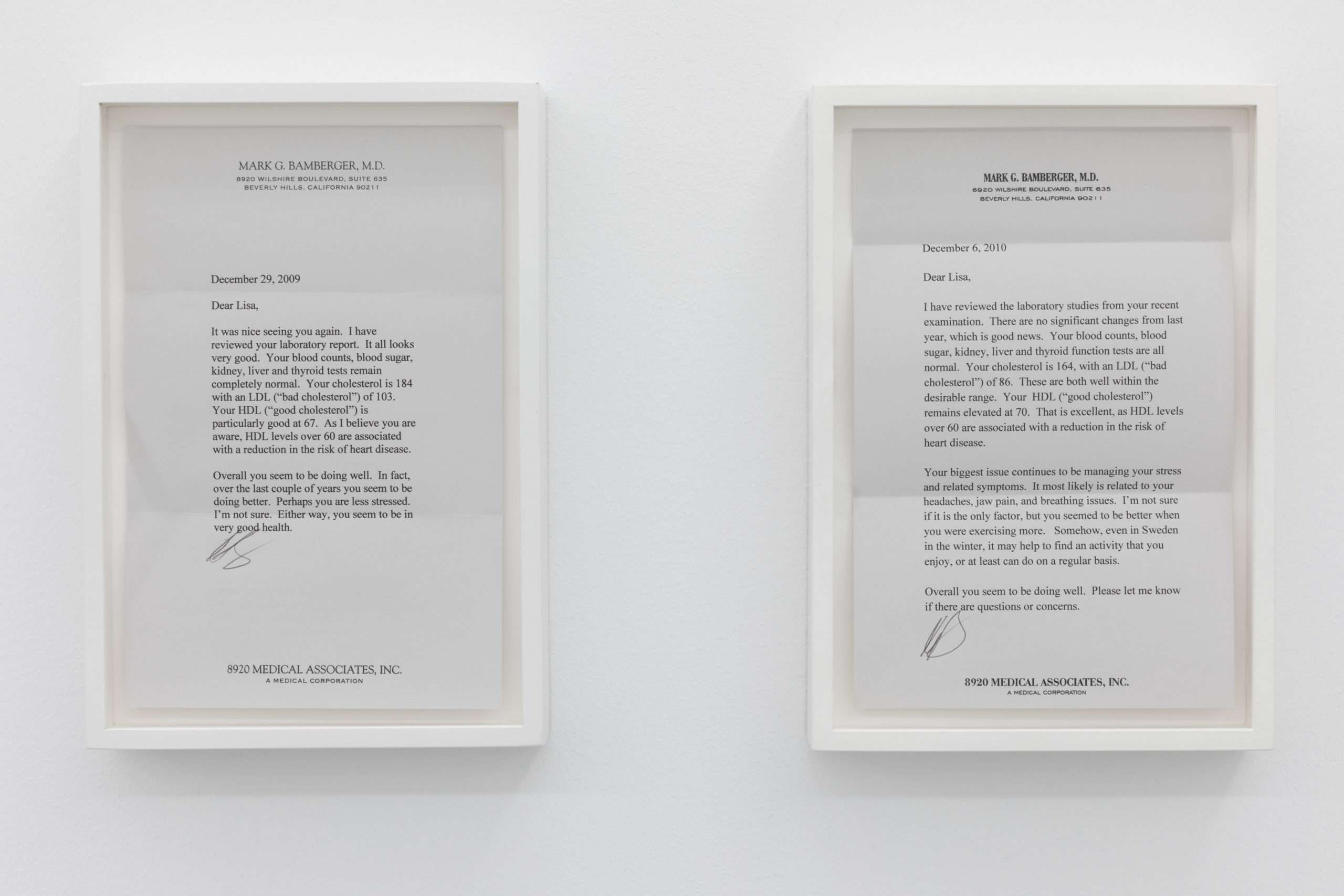 Letters From Dr. Bamberger (2001–12) is dispersed throughout the exhibition. It consists of nine self- portraits that take the form of letters from the artist’s former general physician, following annual physical check-ups. The performance began when the artist lived in Los Angeles—making it one of the most costly projects she’s ever produced, due to the high cost of healthcare in America—and also because she continued the project after moving to New York. When she gained resident status in Sweden, where healthcare is socialized, the visits ended.

All images courtesy of the artist and Galleri Riis, Oslo.

Bonniers Konsthall, located in central Stockholm, is a place for Swedish and International contemporary art. Since the start in 2006, Bonniers Konsthall has shown and discussed art from the world over. Exhibitions range from thematic group exhibitions that want to put the art into a larger cultural context, to solo exhibitions where artworks are often made specifically for the exhibition.