Rhea’s work approaches carnival as a space of both celebration and protest in films that explore the social structures, costume and language of carnival, the visibility of black bodies in rural spaces and her identity as an artist of Bahamian and British heritage. 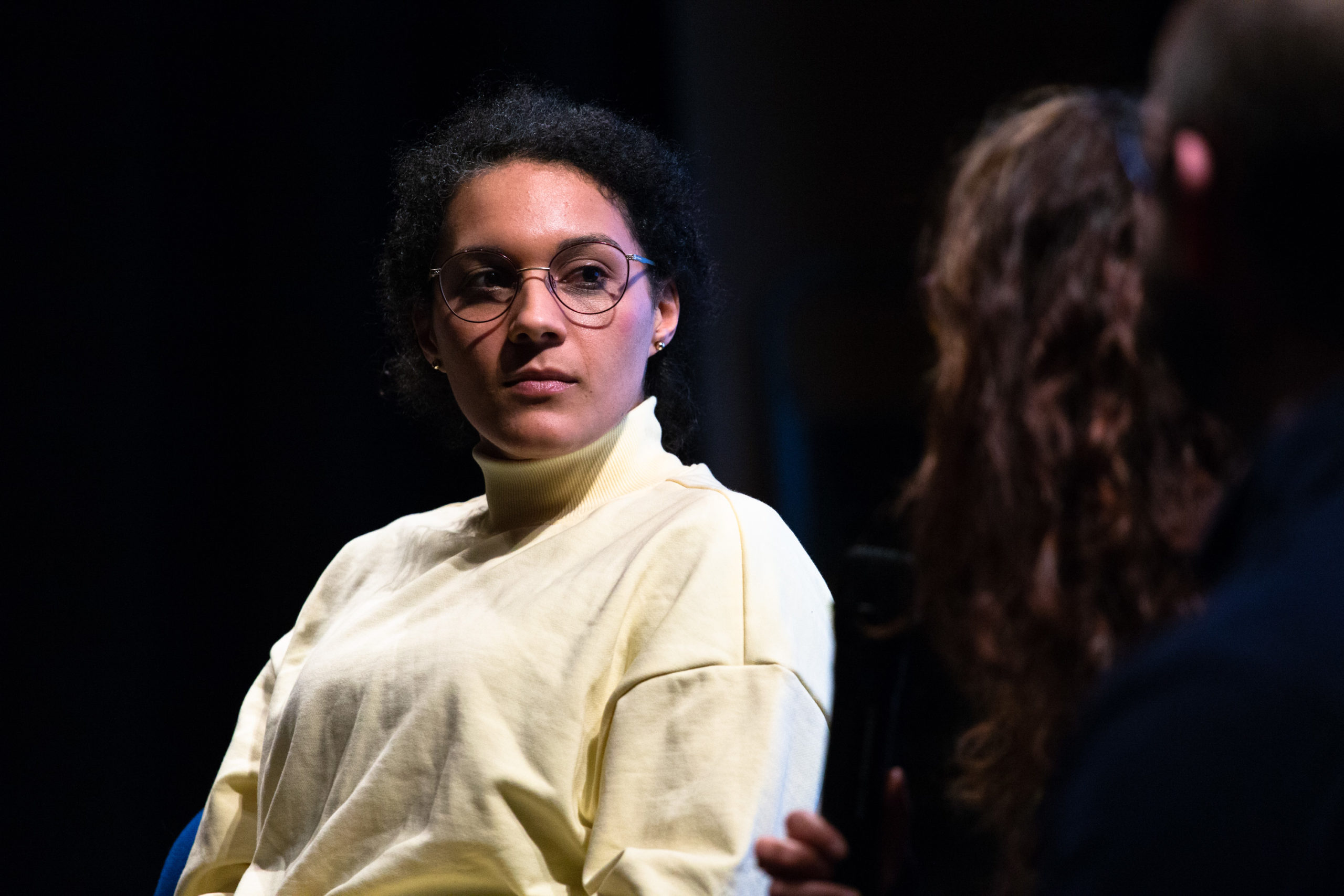 I was born in Yorkshire and live in London. I am interested in the camera as another eye, a way to understand what’s around me. Having British and Bahamian heritage, it allows me to question the ways in which mixed race identities are represented. 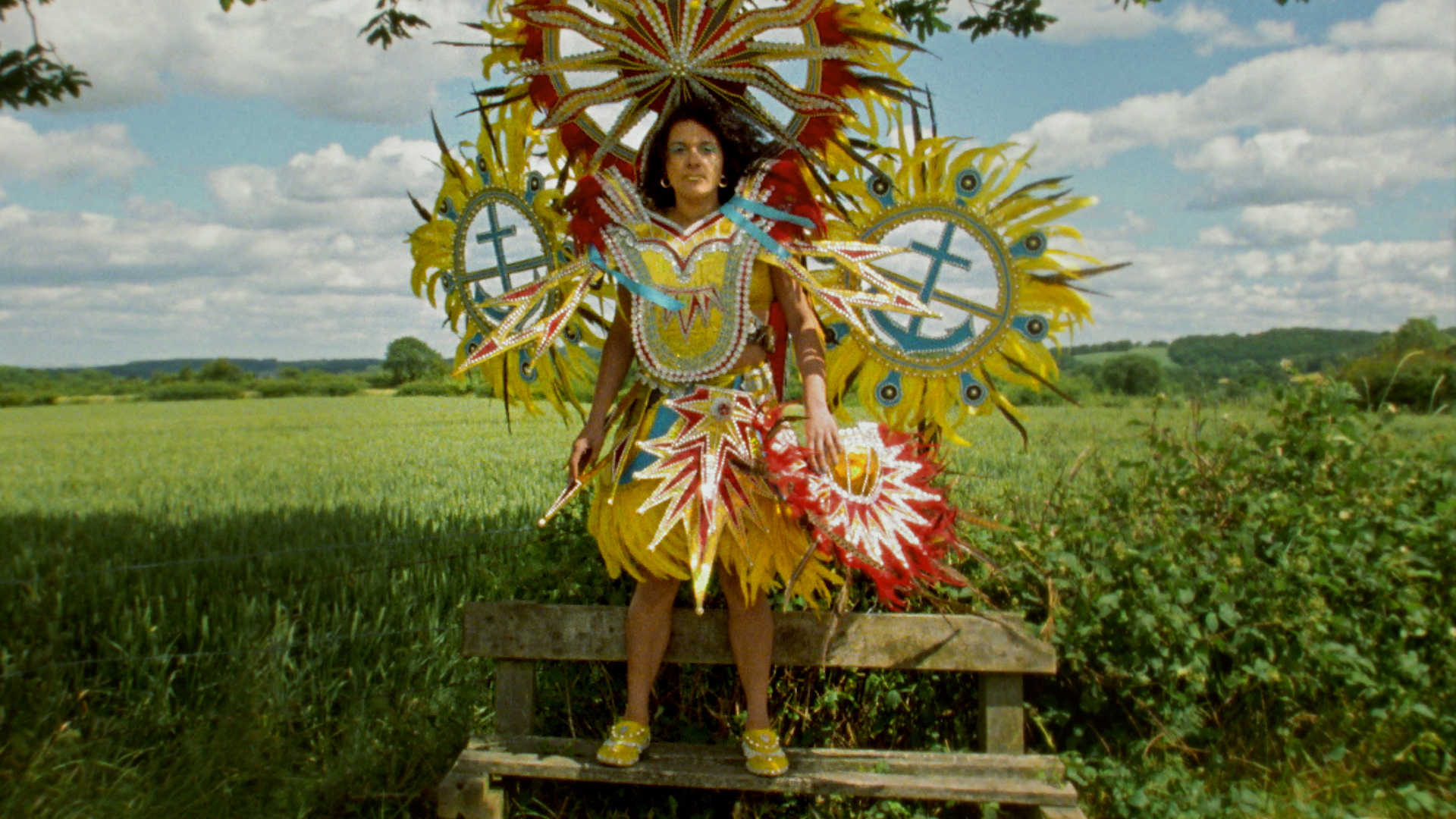 What inspired/influenced you to make Junkanoo Talk?

Junkanoo is a celebration in the Bahamas, akin to a carnival. I wanted to convey the difficulty of communicating the unique customs of Junkanoo in the UK. It’s not like Notting Hill Carnival. So Junkanoo Talk thinks about the politics of the in-between and who has the right to represent whom. 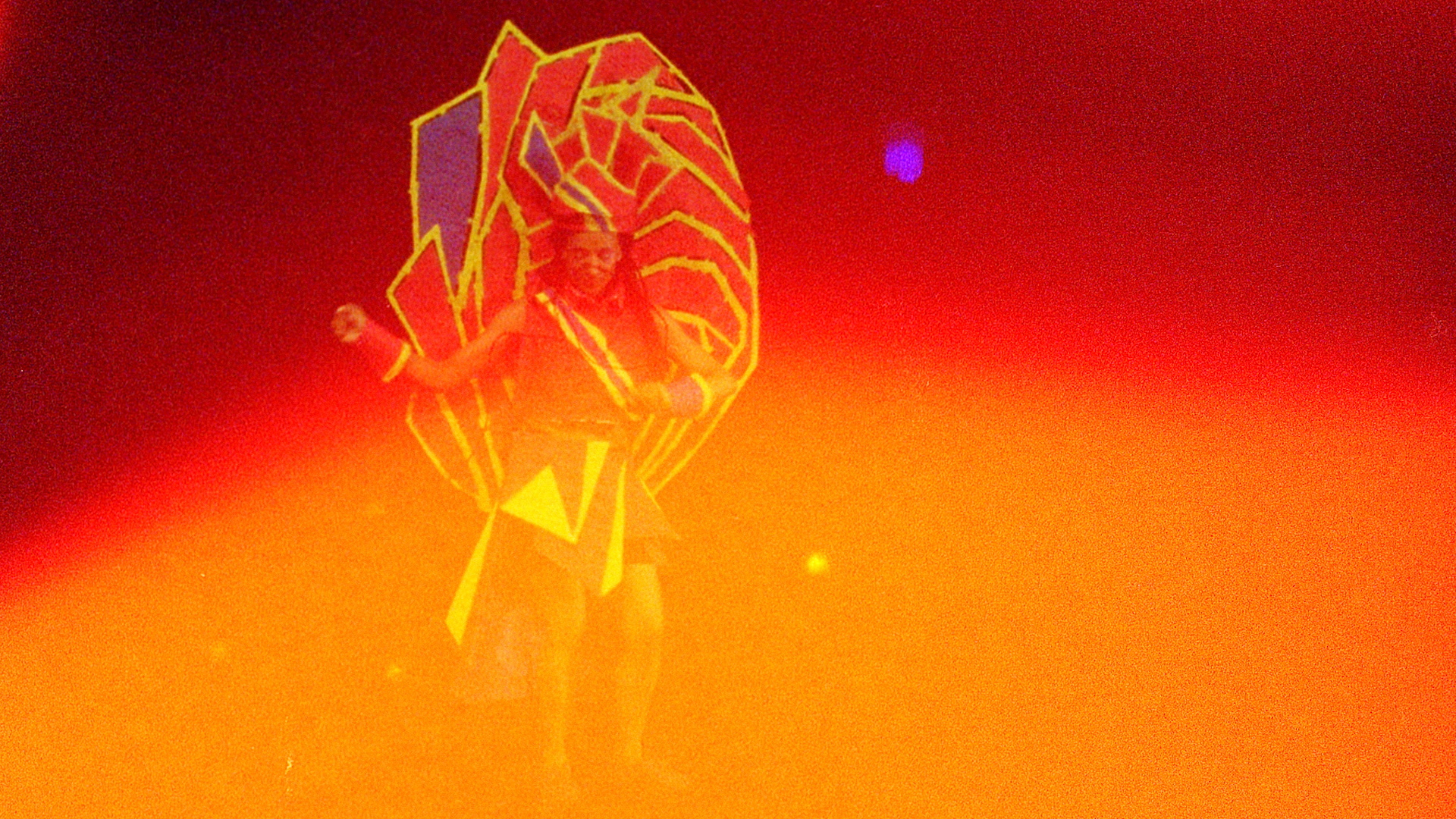 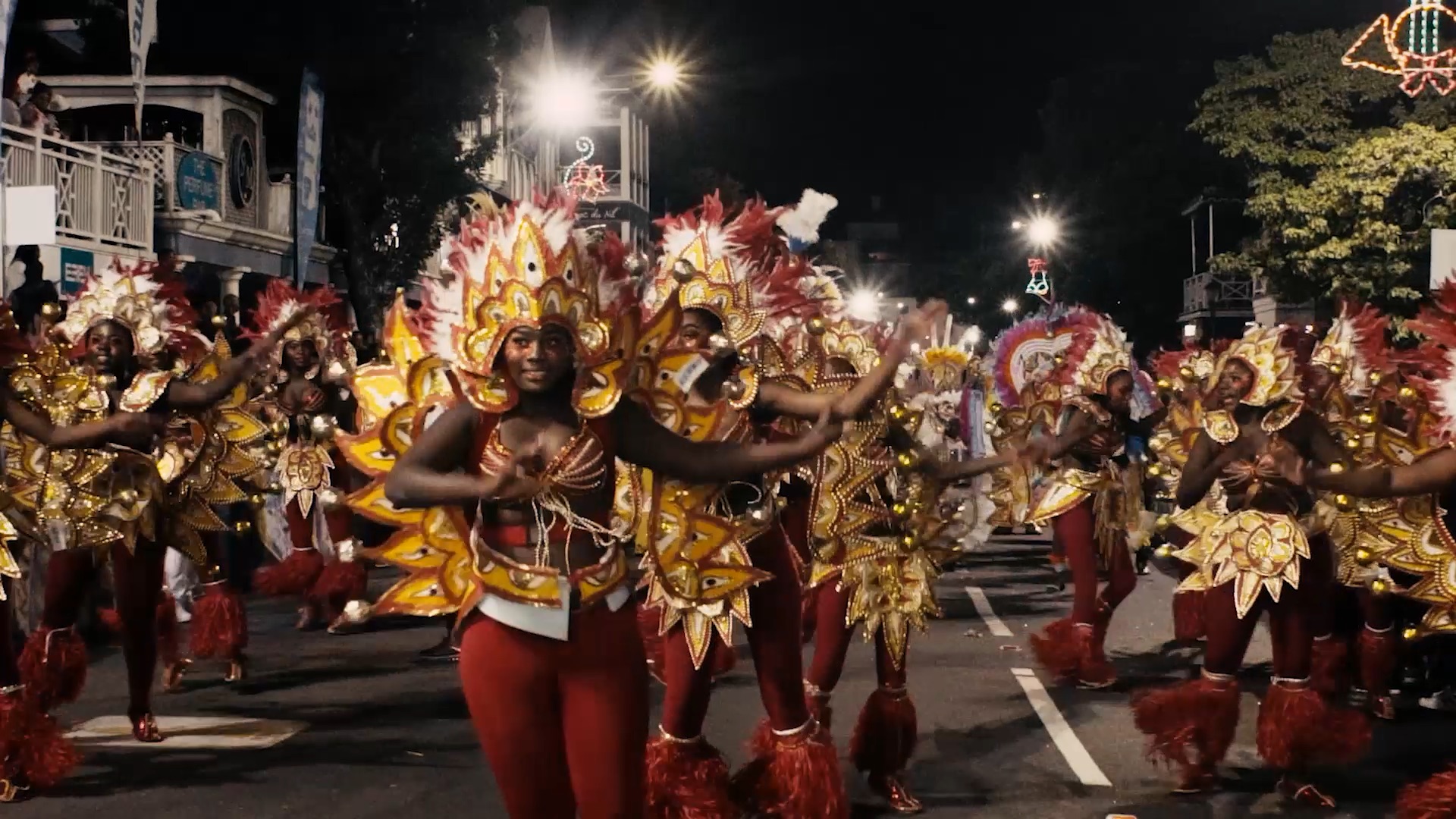 During the current climate, how are you maintaining your art practice from home/or in post-lockdown conditions?

I am currently researching the way in which West Indian centres are organised in the UK and the ways in which Black community might be represented on analogue film. So a lot of reading and writing! I would also usually be taking care of the 16mm film lab at not nowhere, an artist’s workers co-operative, so we’re thinking a lot about how we can engage with an analogue film community online. 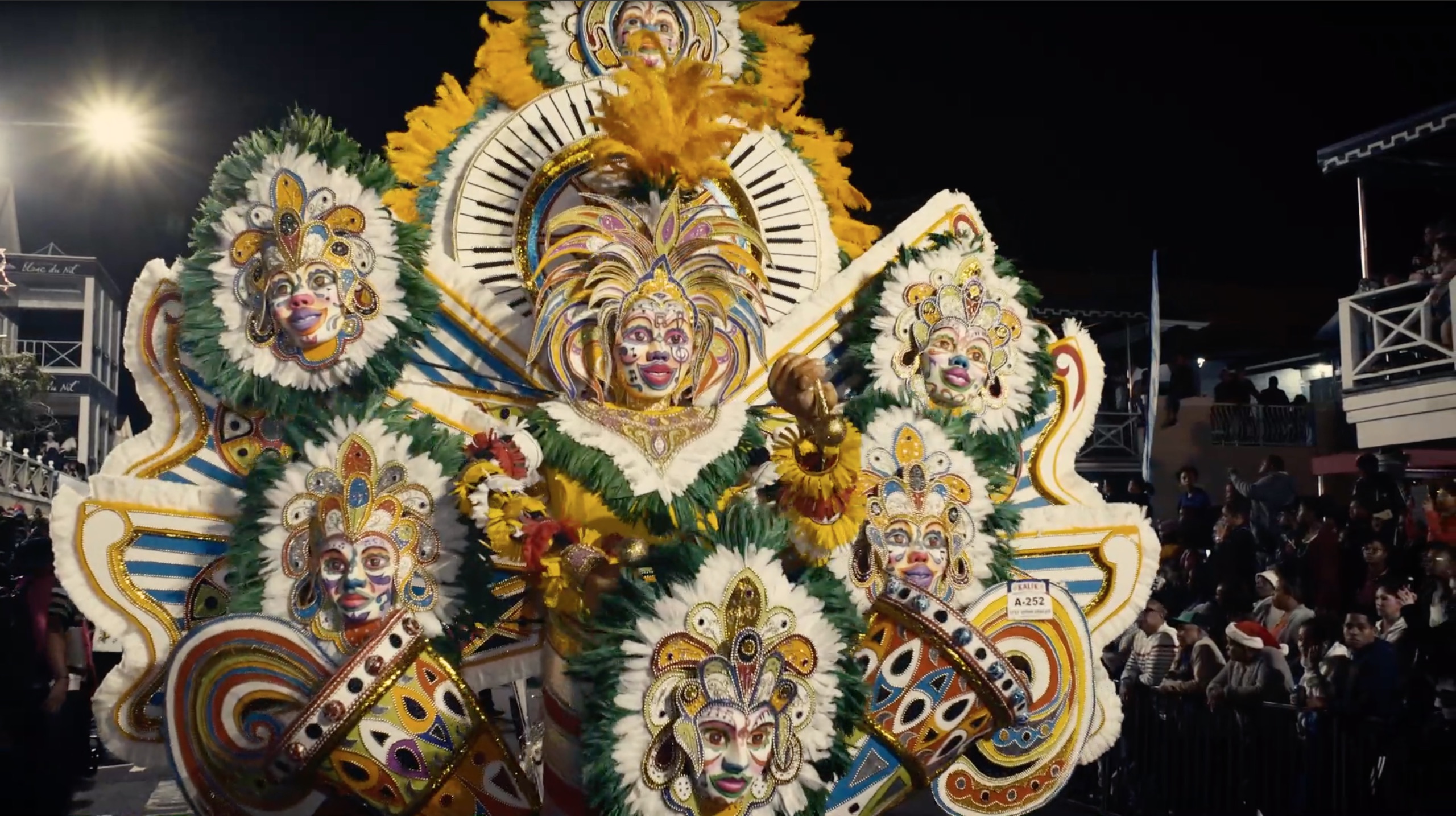 What are you exploring/experimenting with during this time?

My films often employ intricate soundtracks. I record sounds from my immediate environment, or of my own body as in Junkanoo Talk. In the absence of being able to make images, I’m making a new work driven by the soundtrack. 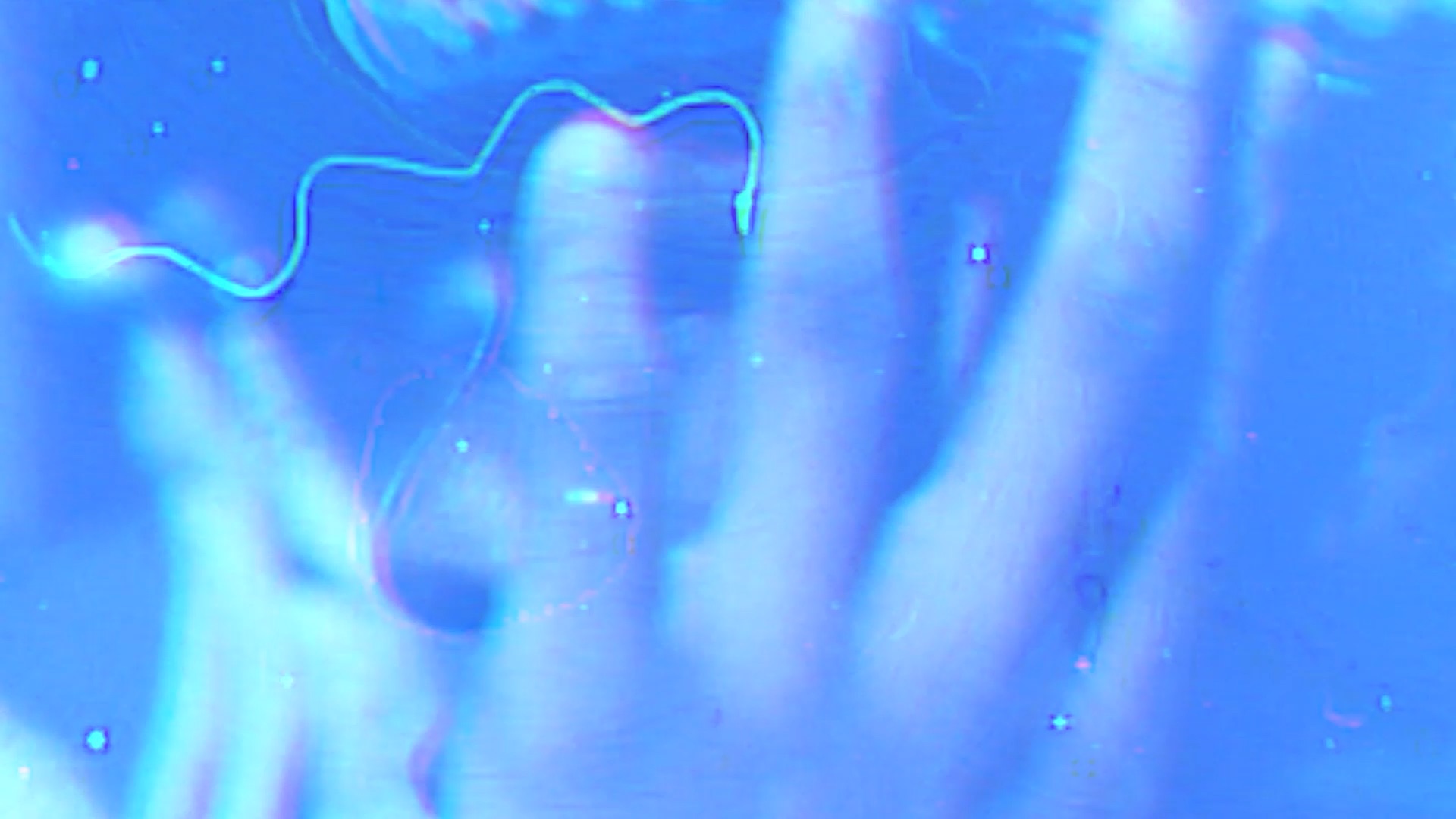