Whitechapel Gallery was opened in March 1901; a striking, purpose built arts and crafts building designed by Charles Harrison Townsend. To honour the renowned architect’s birthday, we’re celebrating with Bishopsgate Institute and the Horniman Museum to highlight our shared cultural heritage.

Until 1892 Townsend’s practice was made up of minor domestic and religious projects, but in that year he won the competition for the design of the Bishopsgate Institute, the first of the three outstanding public buildings that were to make his reputation. In 1897 he was commissioned to design the Whitechapel Art Gallery and the Horniman Museum in Lewisham, neither of which proposed a recognisable architectural tradition. 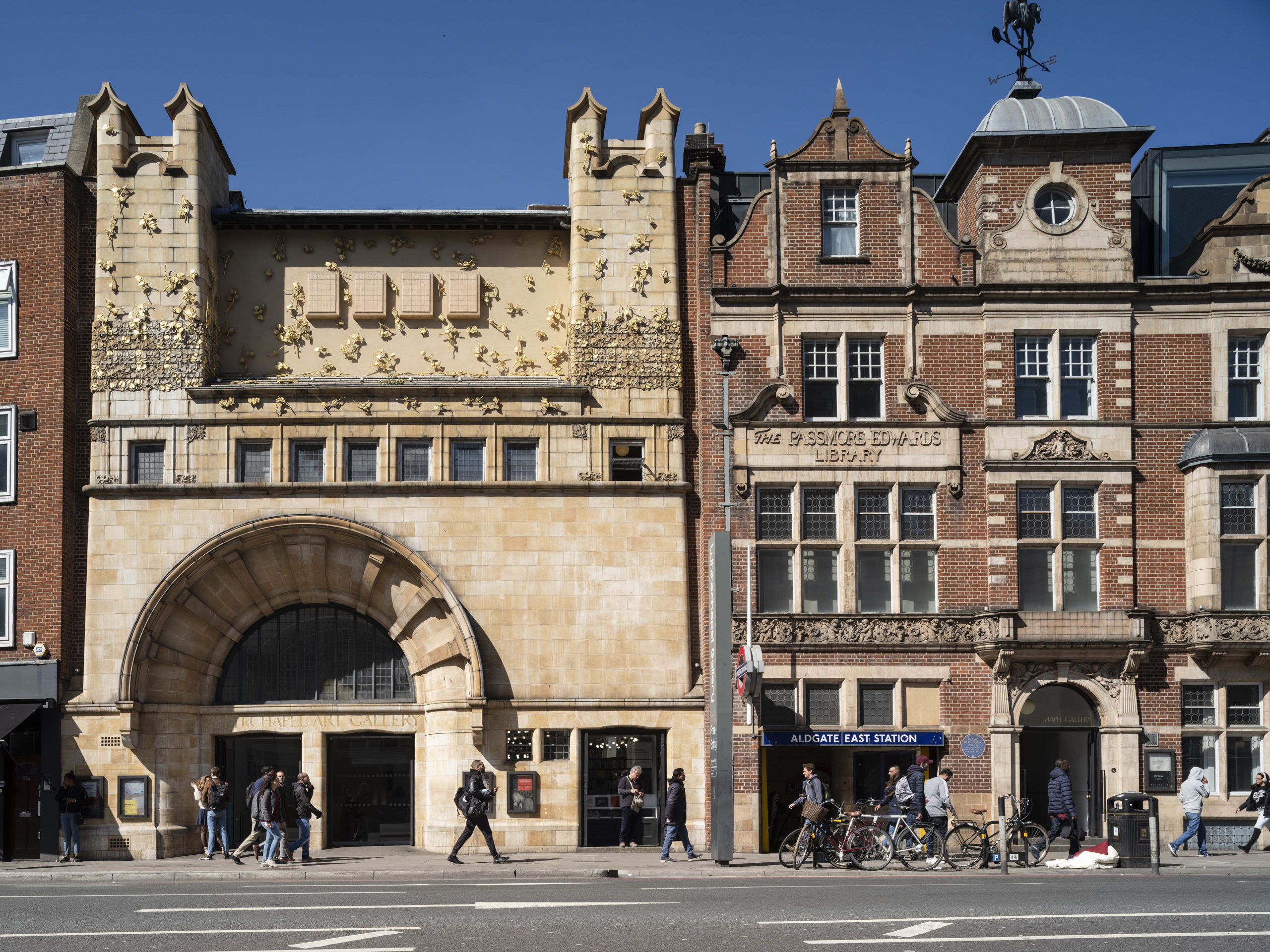 Inspiration behind the design of Whitehchapel Gallery was derived from  Henrietta Barnett and Canon Samuel, who in 1881, instigated what was to become an annual exhibition of the best contemporary British artwork in St. Jude’s schoolroom. The Barnetts believed that art “would educate people so that they might realise the extent and meaning of the past, the beauty of nature and the substance of hope”. The Barnetts’ enthusiasm for educating the local East End population resulted in other philanthropic initiatives, including the library and Toynbee Hall, a university settlement where a Guild and School of Handicraft provided training in arts and crafts. 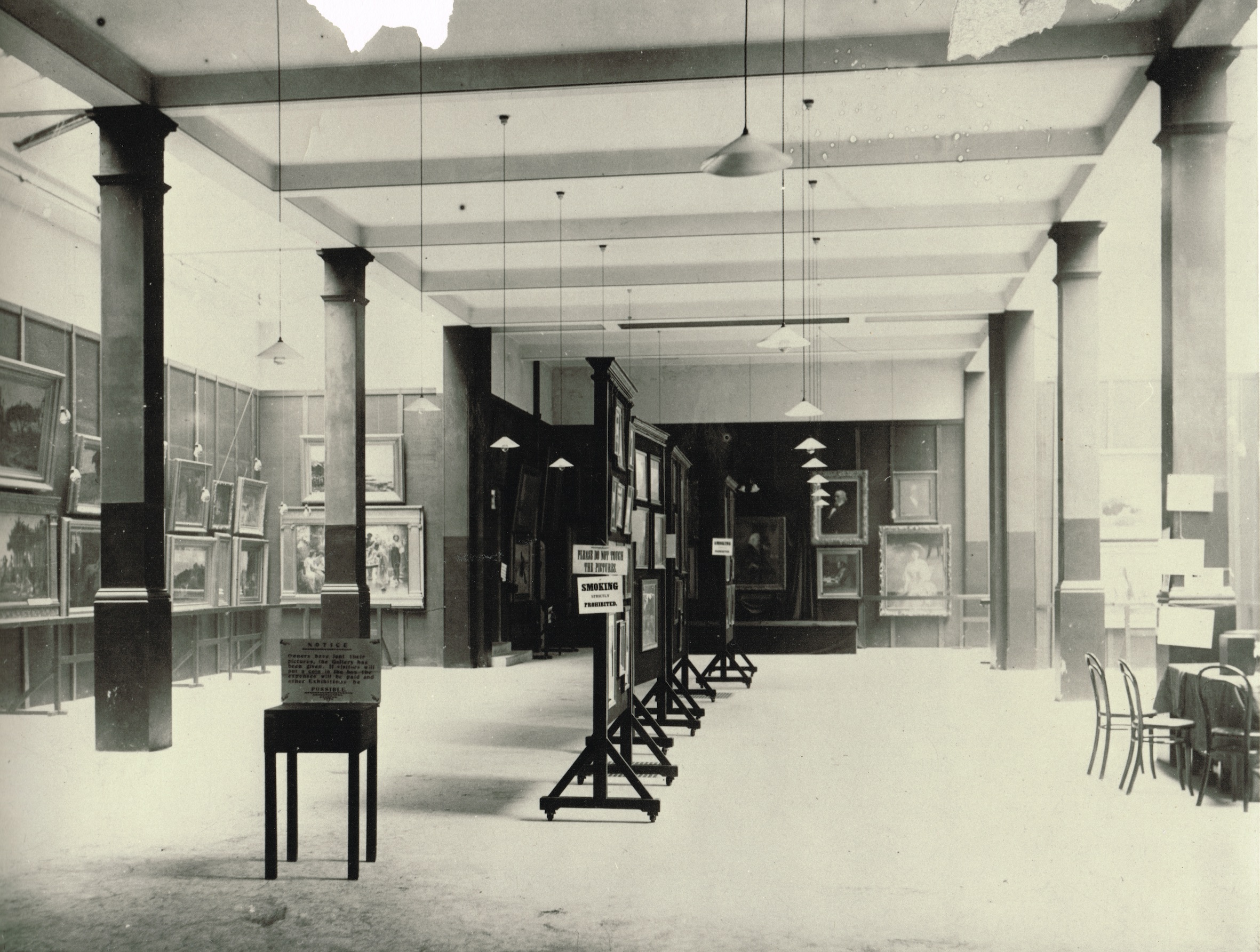 When plans were first laid for the gallery, it was decided that along with the exhibitions by local artists and children, the Gallery would show Old Masters next the latest in modern art. The opening exhibitions included work by artists Edward Burne-Jones and Ford Maddox Brown, followed by Chinese Life and Art and a look at influential Jewish Art with work by the controversial sculptor Jacob Epstein. The Gallery later became a hub for the annual exhibitions by the London Group, the Women’s International Art Club and the Artists International Association (AIA) and , in 1939, hosted an Aid Spain fundraising exhibition in which Picasso’s Guernica took centre stage.

More recently, we’ve announced the opening of Whitechapel Gallery’s new resident restaurant, named after Townsend himself. While cultural centres around the UK remain closed, our Head Chef Joe Fox has been inspired by the building’s classical British themes and fiercely original style in creating a selection of ready-to-eat meals delivered to your door. 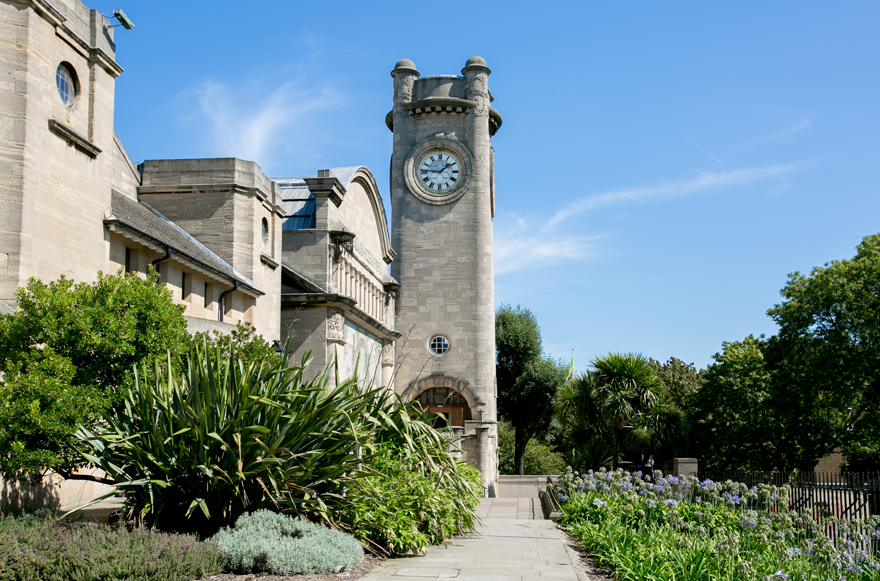 Like his design for Whitechapel Gallery, Townsend’s work on the Horniman Museum emphasised the ease of access and passage for visitors. With two main top-lit exhibition halls and a balcony gallery, the architect ensured visitors could exit into the expansive surrounding gardens.

Apart from the tall clock-tower and the rounded form of the southern gallery, what first catches the eye is the grand, Byzantine-esque mosaic on the museum’s facade. According to the Horniman’s 1901-1902 annual report, the greater-than-life-sized figures represent “Humanity in the House of Circumstance,” with the Gates of Life and Death at either end. Beside the central figure of Humanity stand figures symbolising Fine Arts, Poetry and Music. 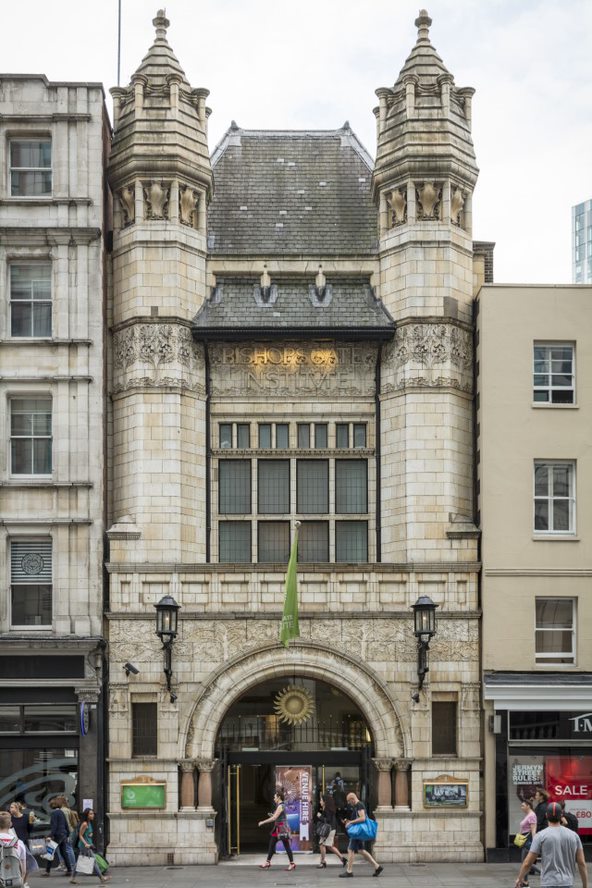 Since opening on New Year’s Day 1895, the Bishopsgate Institute has been a centre for culture and learning. The original aims of the Institute were to provide a public library, public hall and meeting rooms for people living and working in the City of London. Combining elements of Arts and Crafts, Art Nouveau and Victorian architecture, Townsend’s work on The Great Hall was erected for the benefit of the public to promote lectures, exhibitions and otherwise the advancement literature, science and the fine arts.