Community Conversations is a series of discussions prompted by networks, collaborations and friendships developed through the Whitechapel Gallery’s Community Programmes. We want to share the perspectives of the groups we work with and to reflect on a year that revealed the strength, resilience and power of community.

Kinsi Abdulleh has worked in East London for thirty years. She is an interdisciplinary artist and co-director of Numbi, a Somali-led, African-centred culture and heritage organisation. Numbi’s work centres on people whose voices are suppressed or ignored, both within their own communities and in wider society. Their latest project is the Somali Museum, which was crowdfunded over the Spring lockdown.

Numbi and Whitechapel Gallery have a long history of collaboration; our latest project is a series of online reading groups titled Postcards from the Diaspora, curated by Kinsi and supported by the Paul Hamlyn Foundation. The sessions are facilitated by Black womxn, non-binary, and trans artists and thinkers, and focus on gender, decolonisation and agency. In this conversation, Kinsi discusses the issues that have informed this series, including the systematic erasure of Black identities and the importance of preserving cultural memory for future generations. 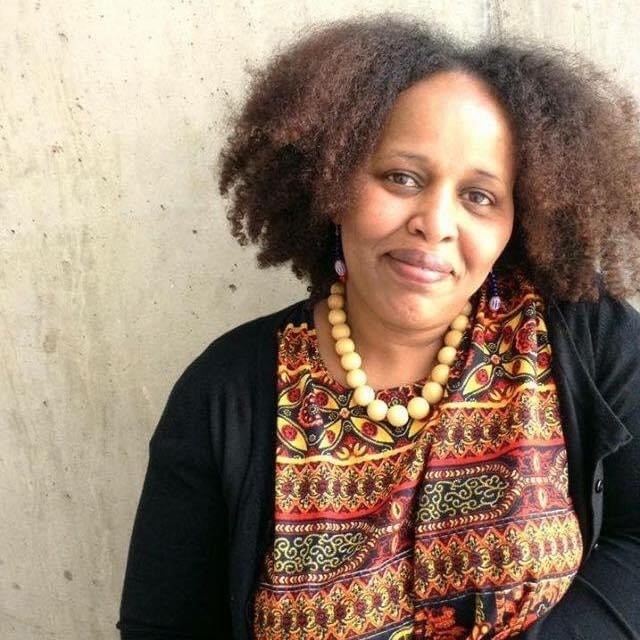 Can you tell us what Numbi is about and the kind of work you do?

It has been said that the shortest distance between two people is a story. We want to find and tell those stories; make those connections visible. At Numbi, one of our sayings is ‘global conversations, locally’. We create spaces for community dialogue to happen, led by social justice, and rooted in women’s voices. Our work is collaborative, involving artists, writers, poets and musicians. We have been based in East London for the past thirty years, working in different community settings. The work that we do is Somali-originated, but it’s important to us that our work is inclusive of African diasporic voices. Our participants inhabit different identities and often their needs are not visible, so it falls to us to articulate those needs and provide that support. Our audiences are very mixed, and the work we create is open to dreamers of all stripes.

Our name is somewhat connected with the Whitechapel. Back in 2005, we put on a film festival with the Gallery and a series of public events. One of the films submitted was called Numbi, about a dance. It was a beautiful film, with a healing aspect. Two days before the festival was scheduled, the London bombings happened. The Gallery sits above Aldgate East station, where one of the bombs went off. It was terrible, you can imagine. But despite this crisis, lots of local people came, and through the collective that was formed through that festival, we decided to move forward together as Numbi. 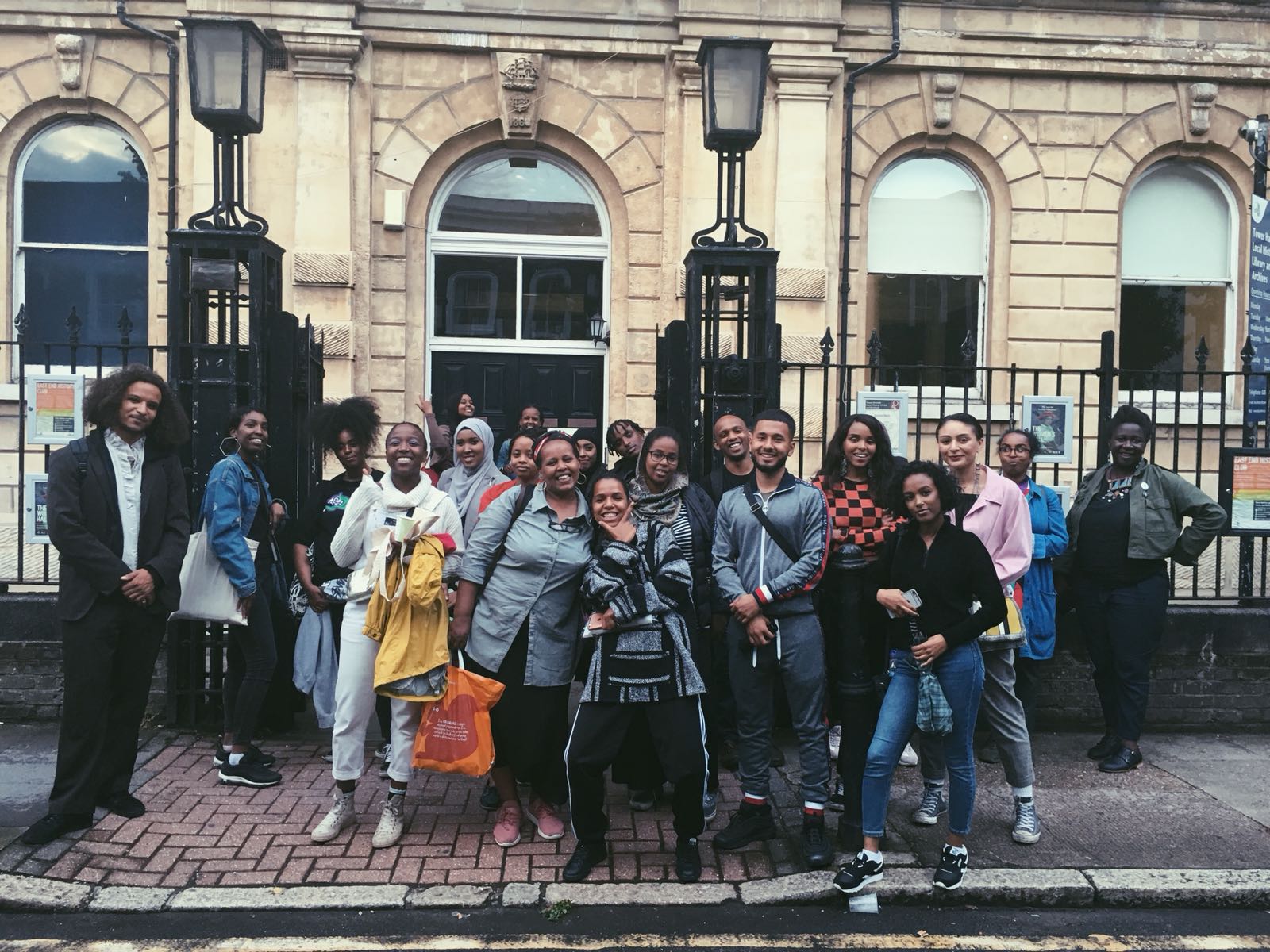 How has your work changed since the pandemic? How have the people you are connected with through your projects coped, and how have you all adapted?

The first lockdown was disastrous. For some organisations, community projects were the first thing to go under financial pressure, so most of the work we had lined up was cancelled or postponed. We have a tiny team, and no core funding to depend on. It was a scary time. We’ve always lived on the edge and had to be resourceful; when you work like that, you think of solutions. So, we distributed the small funds we had between people we knew in serious situations, in danger of losing their home or health. Some funders did not realise just how desperate some people were, but we argued to repurpose our funds to do this unconventional work.

We had one project that couldn’t be cancelled, because it didn’t depend on a venue. It was our idea for the Somali Museum. So, we pooled all of our energy into a crowdfunding drive, and my God, that saved us. Some people warned us that this was the worst time possible to fundraise – but it was just the opposite. I’ve never seen a community come together more; we got so much support and experienced charity fundraisers came through to help. There were difficult moments. We held a fundraising event on Zoom, which was invaded by trolls, attacking us with the most hateful, racist comments that meant to intimidate us. But the donations came through at all levels, with hundreds of people giving what they could until we exceeded our target! 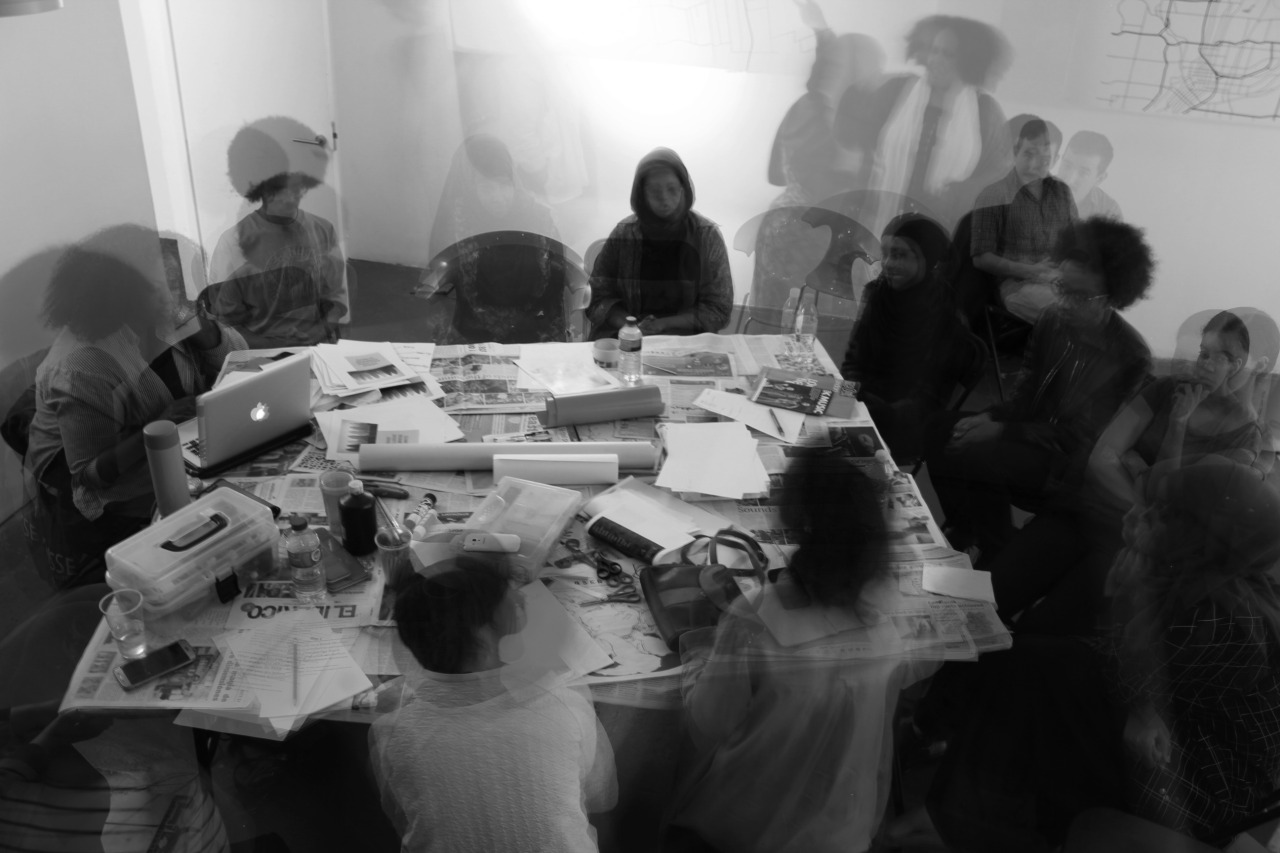 The activities you run are often focused around nurturing young talent. What are the main challenges facing the young people in your life right now?

It is a very difficult time for young people. A lot of ours are struggling with instability, having lost their jobs. Many have been confined to homes where they can’t be themselves or feel safe in their identity, and this is bad for their mental health. Access to support is much harder, and so we’re finding that they have nowhere to go, physically or emotionally. The work we do provides relief from these situations – we create unconditional spaces to gather with people who give strength. I am always impressed by their resourcefulness and support for each other. Our hope is to recruit a core team of young people, to create secure employment and skills training which is desperately needed. Instead of always being workshop participants, we want to help them become leaders.

Can you say more about the plans for the Somali Museum and why it matters so much at this moment?

They say that when an old person dies, a library burns to the ground. We must archive the work that we have done for the past three decades, to ensure it is not lost – to give something to those who come after us. The Somali Museum will be a living museum, not one of objects. Somali people are one of the oldest Black communities in the UK, and yet we don’t have a single landmark or memorial, not a street name to acknowledge us. This is complete erasure. It is a denial of our human right to have our culture recognised and made accessible.

We don’t have to rely on others giving us permission. We can create our own space; we can be independent. At the same time, we can’t do by ourselves and we don’t want to! We need solidarity and support from the wider community to make it happen.

It takes huge energy to fight the different battles: within your own community that wants you to assimilate to a rigid view of what Somali culture is. Then you have a wider society that is blind by choice and treats us as one homogenous group. One of our other mottos at Numbi is Get Free! That’s what the museum stands for; it is an invitation to our Somali communities to come together, shape the future and preserve what is important to us: through this self-determination we’re trying to get free. 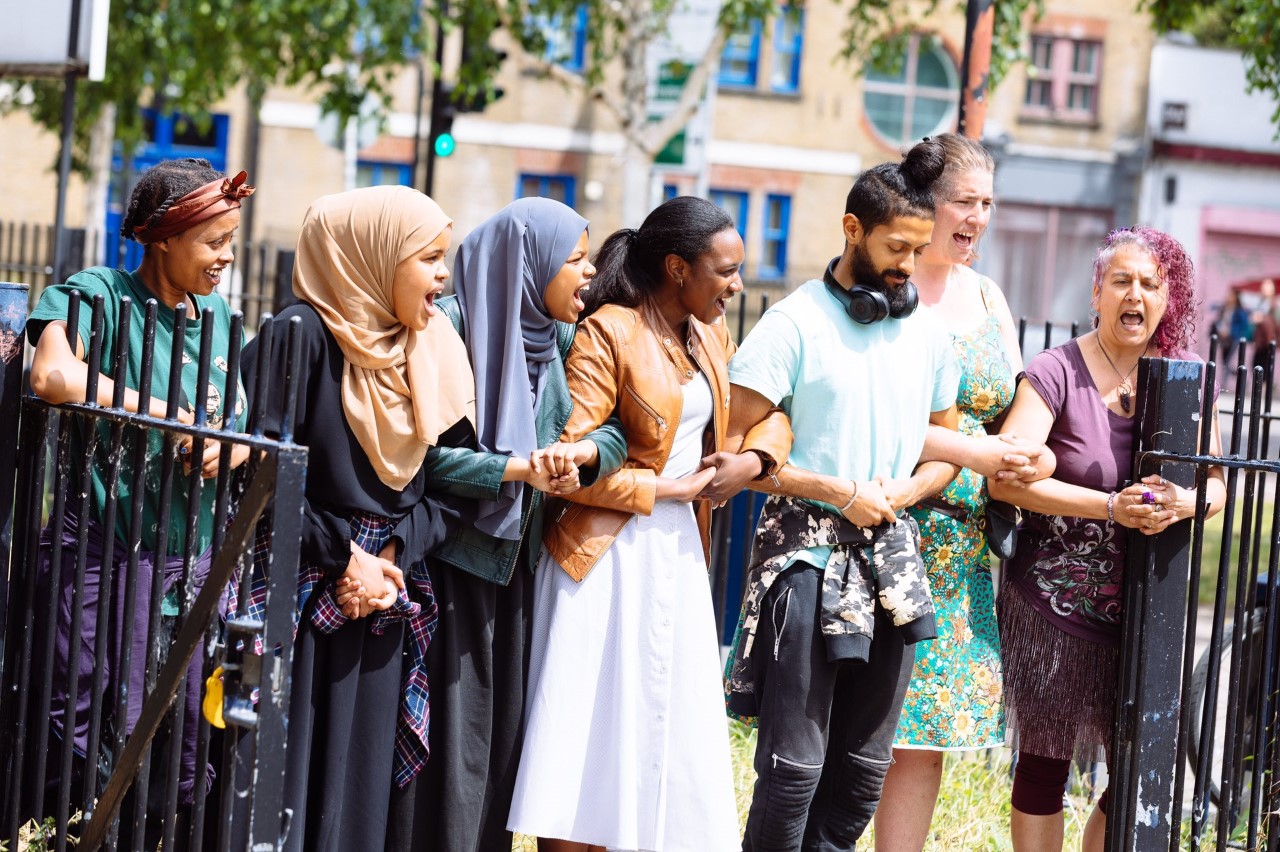 Our collaboration is about voice and agency. The series Postcards from the Diaspora has approached issues of cultural identity, decolonisation and gender from different angles. Can you talk a bit about what you wanted to achieve through this series?

Whitechapel is the flagship gallery of the East End; it means a lot to me and I am always happy to spend time there. But many of our young people were born and raised minutes from the Gallery and never been inside; they feel a genuine anxiety around accessing a place that they grew up next door to. I want them to feel as comfortable with the Gallery as they do with the Tower Hamlets Local History Library and the Brady Arts Centre.

It is important to redress the imbalance that exists between institutions and community organisations. We want to see bigger institutions commission and collect work from the Somali community, we want to have access to resources, and for partnerships to make our work easier and more effective.

Good solidarity will champion our authentic voice and support the work that we are doing, not duplicate it. That’s what a meaningful collaboration looks like, because we need institutional support, but we need it to come with a genuine understanding of the work we do and the people we do it with. Postcards from the Diaspora takes conversations that are being held in closed spaces and workshops, and presents them as complete ideas for a wider audience. It’s great for our young people to have agency in how this is facilitated and delivered.