Composed of mobile phone footage from February – April 2014, Courbet’s Funeral is a collage blending video poetry with documentation as the artist explores a personal and political moment in Moscow during emerging protests against the war in Ukraine.  Filmed like a video diary, the work captures a mood of anxiety and uncertainty about the future amongst the artist’s group of friends, alongside dreamy semi-documentary recordings of everyday life; conversations in cafes and bars, flipping through art books and carefree nights out dancing.

The screens and interfaces of laptops and mobile phones illuminate the murky interior scenes of the film, while the sun floods the streets and squares of Moscow suggesting hope in the air. Evgeny Granilshchikov based his contemporary collective portrait on a specific historic event, referenced in the title of Gustave Courbet’s painting, A Burial at Ornans (1849) – a pictorial frieze, revolutionary in its prosaic truthfulness as it conveyed the sadness of a community in mourning. 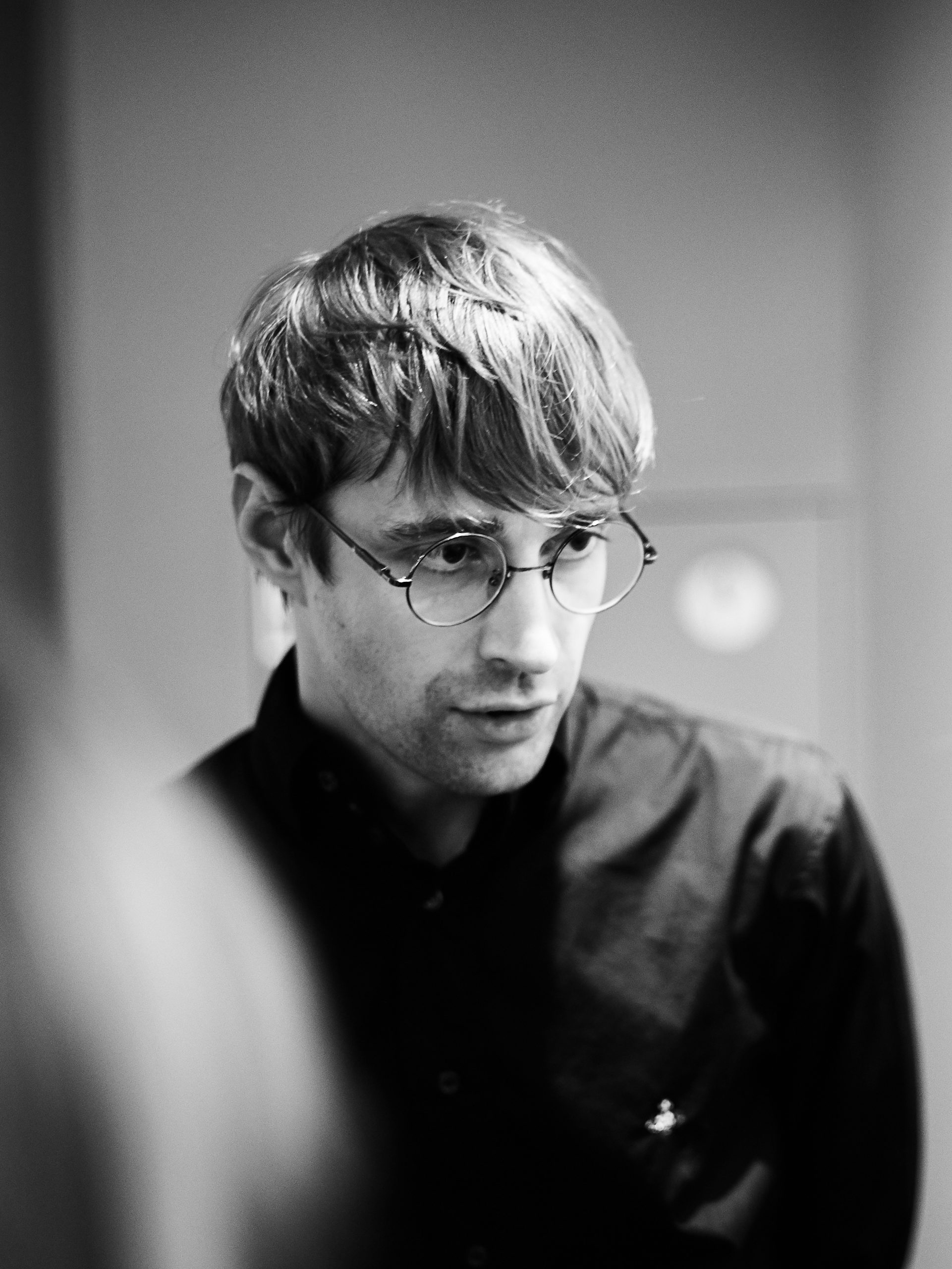 Portrait of Evgeny Granilshchikov, courtesy of the Moscow Museum of Modern Art (MMOMA).

I was born in Moscow and lived in St Petersburg and Paris. My first education was as a cartoonist. I was enamoured by animation: on tracing paper I drew hundreds of pictures, which were supposed to convey movement. My interest in artists’ cinema and moving images was something natural for me. I also studied the history of cinema and photography at university. I never thought about making a movie, but a year and a half ago, I finished making my first full-length movie (This Is The Last Song of The Evening, 2018). Now I’m returning to short videos and performative art again.

How and what inspired the work?

I started my practice with very short videos similar to diary movies or cinema essays. I filmed people close to me, working with the political context. 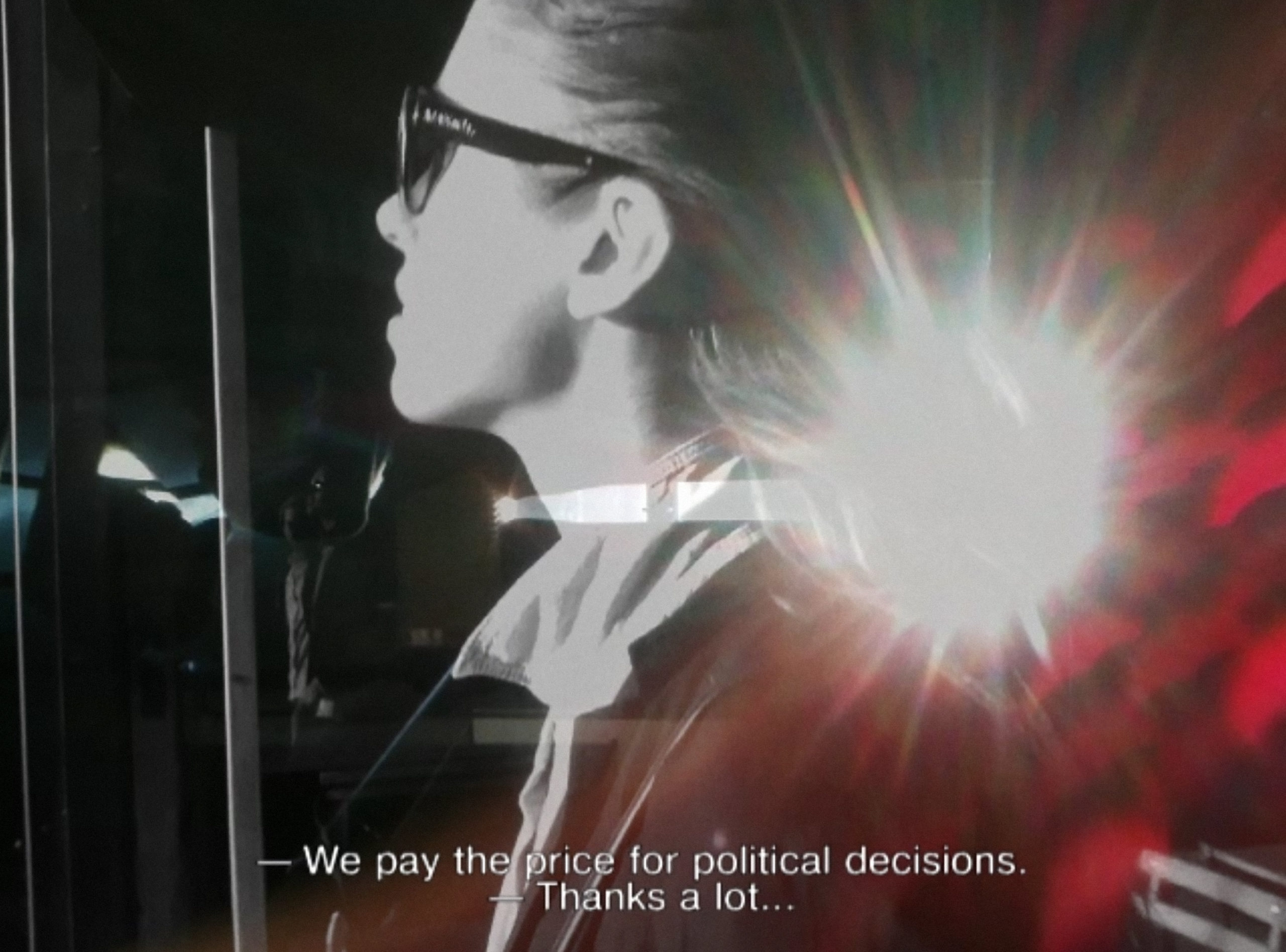 Evgeny Granilshchikov, Still from At Dawn Our Dreams Become Brighter, 2017, video. Courtesy of the Moscow Museum of Modern Art (MMOMA).

What inspired you to make Courbet’s Funeral?

Courbet’s Funeral was filmed at a very difficult time for my country. There were protests in Moscow against the war in Ukraine, which were immediately suppressed. Everyone could feel that this was only the beginning. I shot a movie on an old iPhone that was always with me; that’s why I could quickly react to the situation and capture this alarming time and the people immersed in it.

I work not only with moving images, but also with graphics, photography and sound. In my solo projects I combine all of them into a single narrative. It seems to me that some of my films are like an unofficial history of my country.

I’m interested in working with political ambiguities, with the manipulative side of the media, with stories that are being rewritten. From a formal point of view, I also study the theory of cinema and video, to analyse them and address their histories. 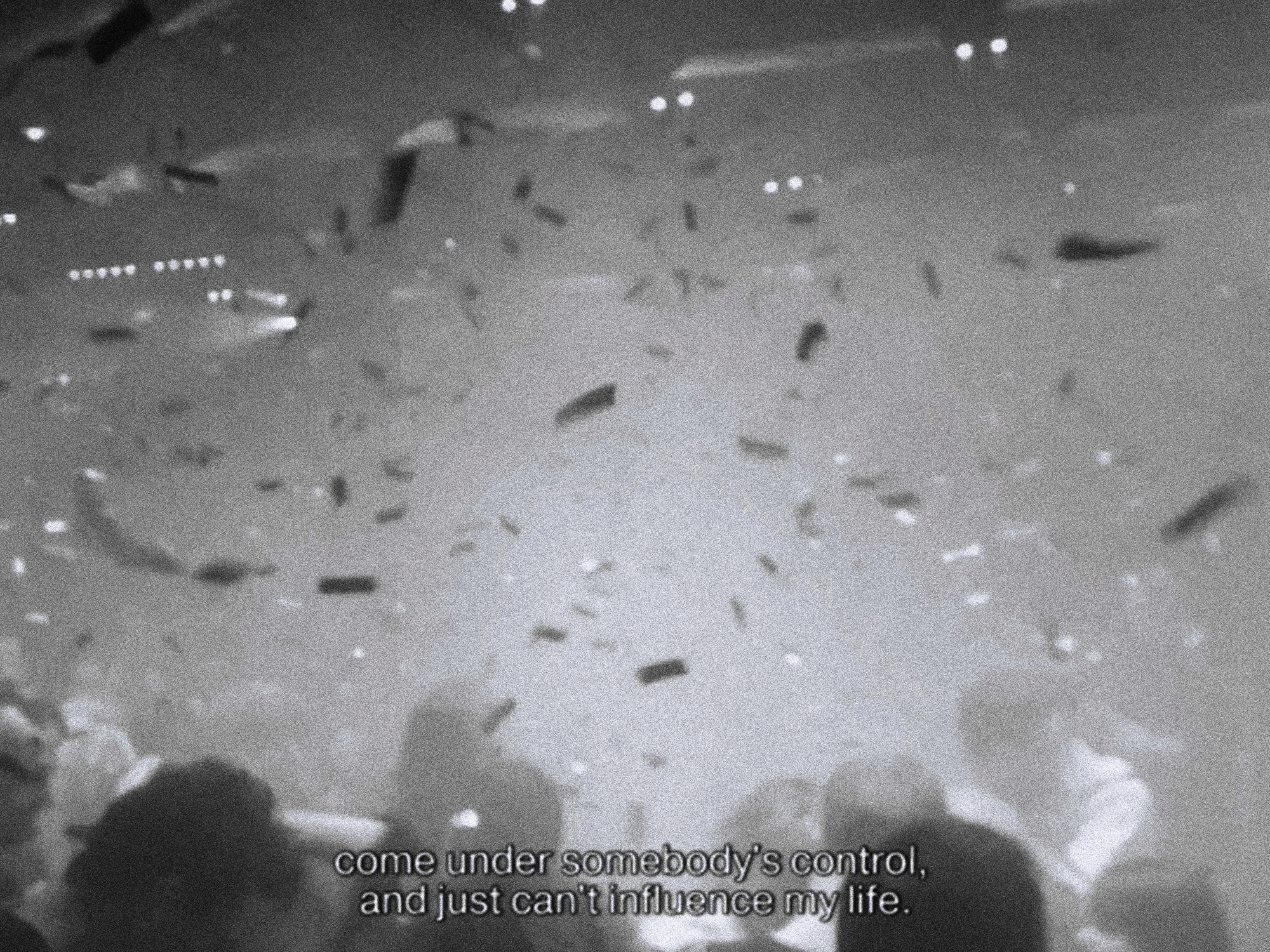 Evgeny Granilshchikov, Still from Courbet’s Funeral, 2014, single-channel video shot on a mobile phone, 11:33 mins. Selected by the Moscow Museum of Modern Art from its permanent collection.

How are you finding the current situation of being home and how this is affecting your practice?

I’m staying in quarantine at home now. I have started to work more on projects that are not related to cinema, since it isn’t possible to shoot in such a situation. I made several graphic pieces and wrote half of my music album.

During the current climate, how are you maintaining your art practice from home? What are you exploring/experimenting with during this time?

Recently I’ve subscribed to several independent channels on Twitter and to several podcasts on Soundcloud. It slightly distracts my attention from news about the pandemic and politics. Also recently I’ve become interested in the topic of sound synthesis. I bought myself several synthesisers and started to write music for my next movie.

I’m also writing an album for my audio-visual project SADRAP. This is a strange and a sudden story for me. It began with the fact that I just needed a soundtrack for the ending of my movie DRAMA. I wrote it, but realised that I couldn’t stop. I’ve always been interested in pop, hip-hop and dance music. It seems to me that my addictions to videos on the one hand, and to music on the other, now finally converge. 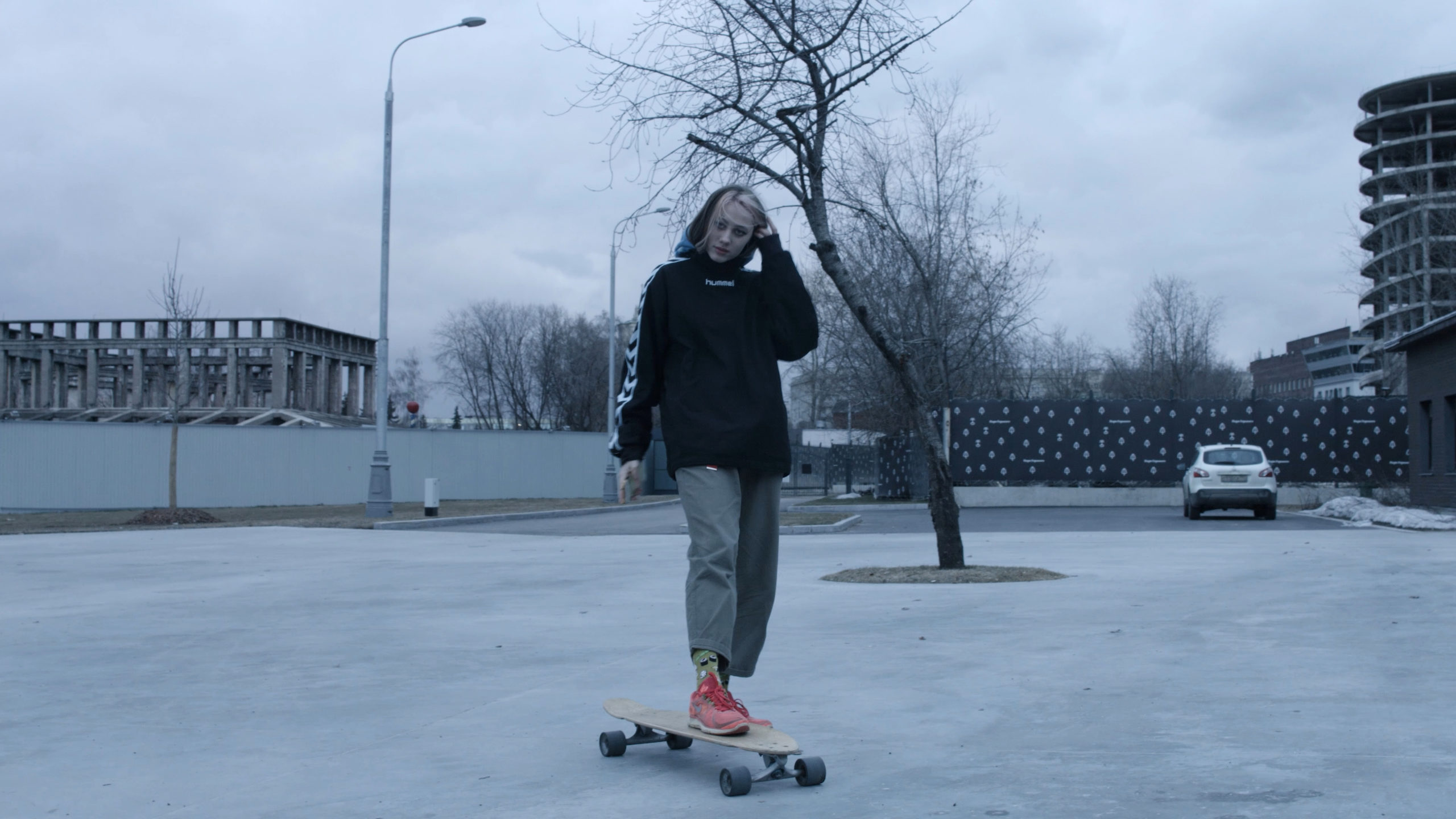 Evgeny Granilshchikov (b. 1985, Moscow) studied literature and animation at the Rodchenko School of Photography and Multimedia in Moscow. His works range from short three-minute videos shot on a mobile phone to multi-media installations. In his search for a new visual language, he questions and redefines what a film is and how different cinematic situations can coexist. His works are often autobiographical with complex narratives that reference the medium of film itself.

Moscow Museum of Modern Art founded in 1999 by the President of the Russian Academy of Arts Zurab Tsereteli, is the first state museum in Russia devoted to the art of the 20th and 21st centuries. MMOMA is an active participant in the country’s artistic life and is spread across five venues in the historic centre of Moscow. The institution prioritises education in the field of art, support for young artists, its own publishing program, and the development of inclusive projects, scientific activities, and laboratory expertise, as well as a regional programme.

Evgeny Granilshchikov’s work was selected by MMOMA in partnership with the MOCT Arts Foundation. 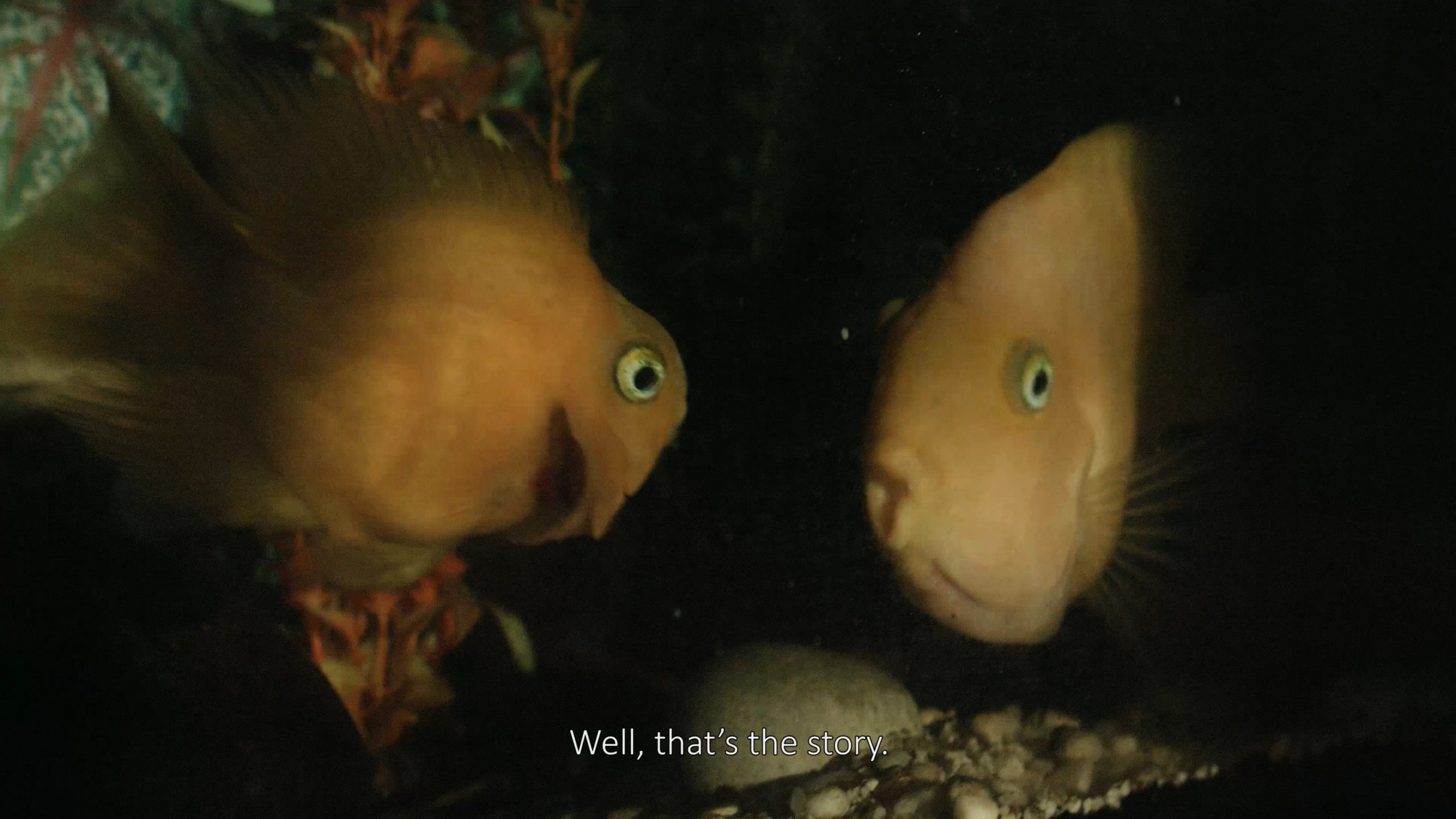