Developed from a live performance using theatrical staging and props, Francesco Pedraglio’s film imagines six possible constellations, each named after a compass, a wave, an owl, a phoenix, a peacock, in a darkened room. We follow the camera’s anticlockwise rotation around a central column to which performers attach a series of abstract images applied to window-like glass frames. These images materialise as lines, trajectories, colours, shapes and volumes, maybe fragments of an unknown alphabet, a silent and symbolic language. The actions are accompanied by a voice-over slowly describing, frame by frame, a sequence of filmed images involving a man, a chase, a spider monkey, using these same fragments to propose starting points for future stories. 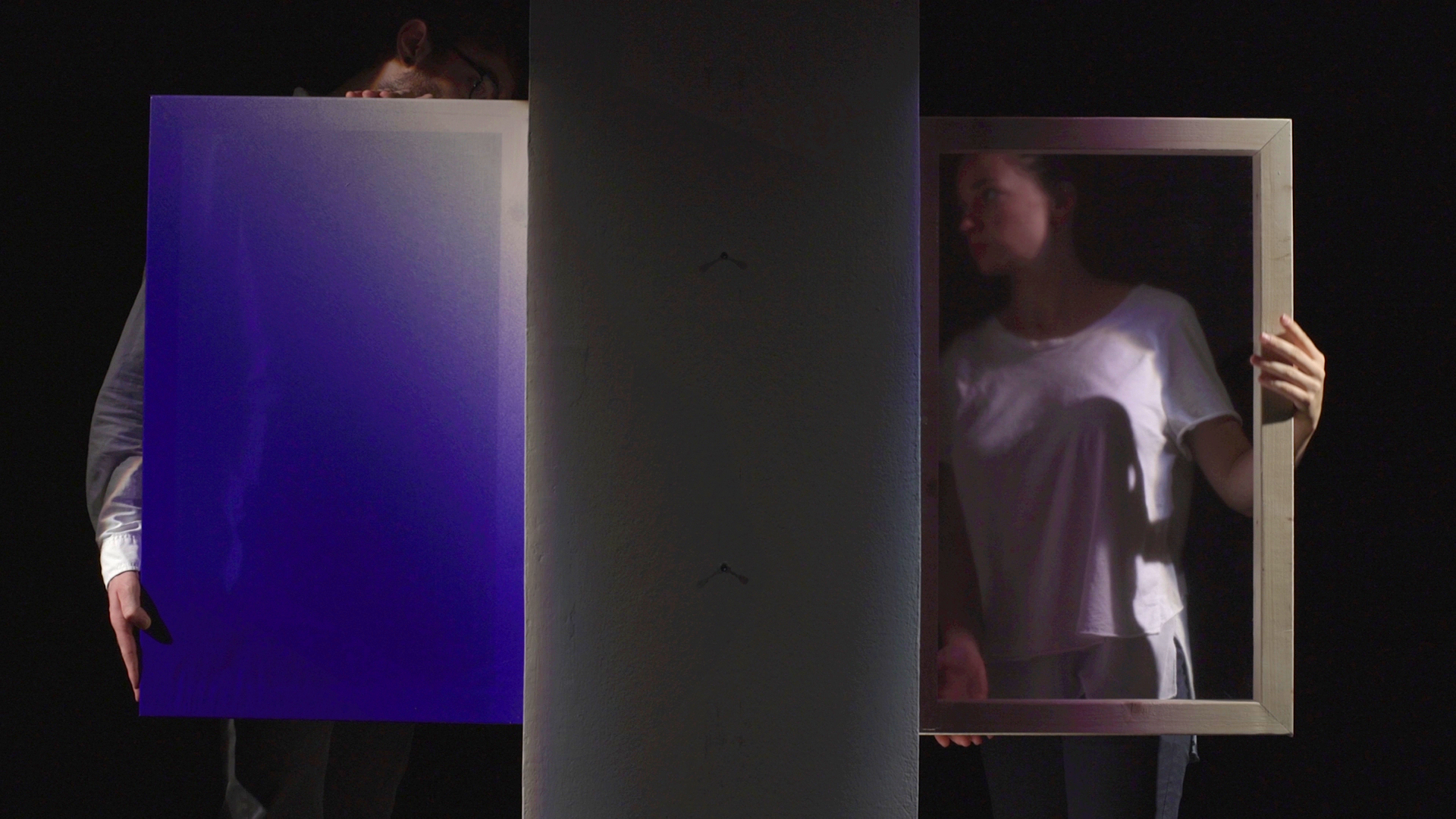 Francesco Pedraglio (b. 1981, Italy) lives in Mexico City. Pedraglio is interested in storytelling as a tool to decode intimate encounters with both mundane and historically complex situations. The starting point of his practice, encompassing performance, sculpture, installations, prints, and film, is writing. A curious detail, an overheard rumour, a banal incident, anything could spark a narration. And it’s in the shift from written text to live action, from live action to staged installation or film that the exploration of language, fiction and reality-making occurs. 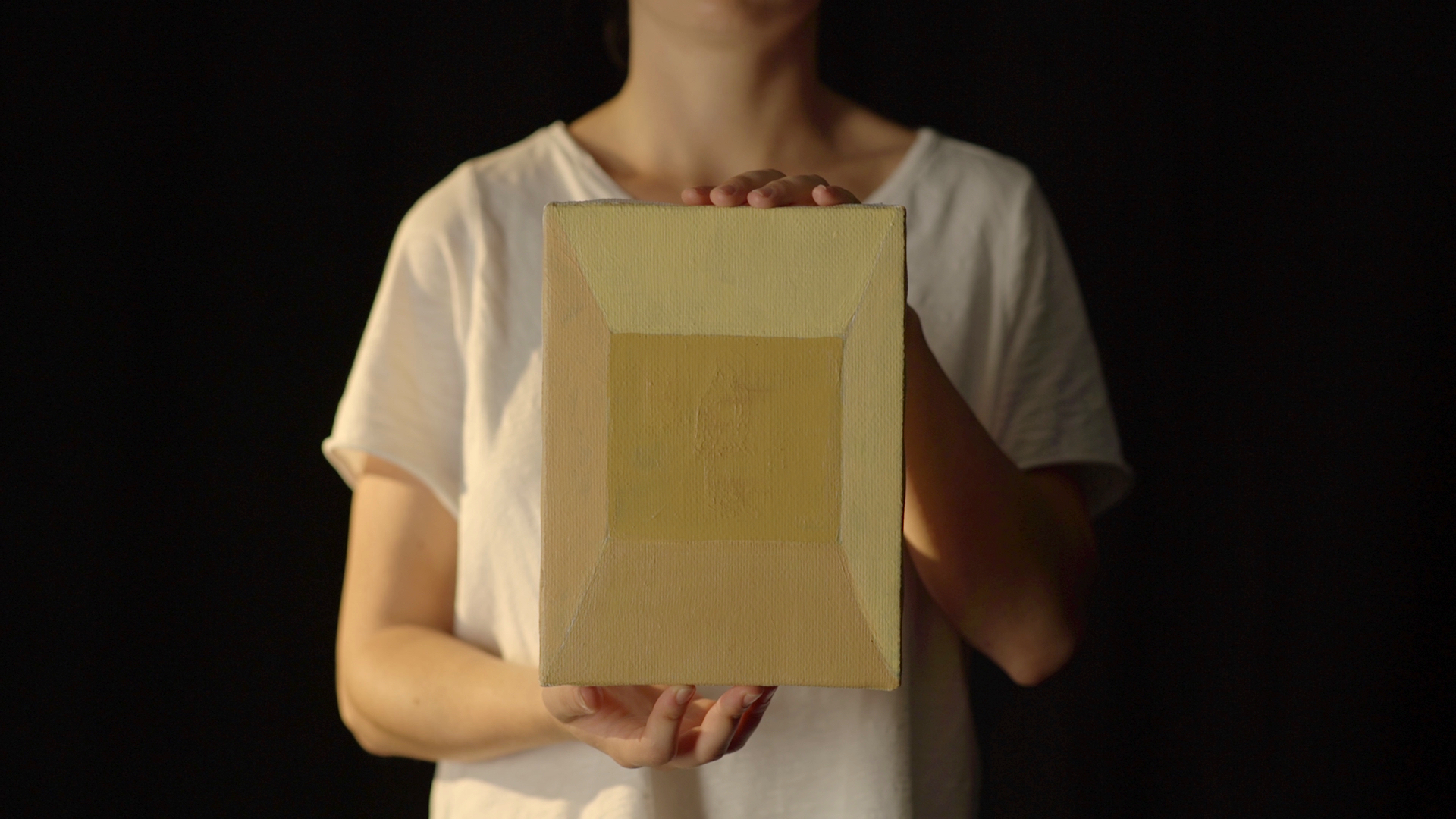