Galleries in the Groove: Interview with Anny De Decker

What does it take to provide unconditional support to artists? How can galleries encourage the production of contemporary art?

Our current archive exhibition ponders these questions by looking into the work of three visionary galleries between the 1960s-80s. Just Above Midtown in New York, Robert Fraser Gallery in London and Antwerp’s Wide White Space each took great risks in order to offer opportunities to unsupported artists and open up their networks.

Here our Assistant Curator, Inês Costa, speaks with historian Anny de Decker about how Wide White Space became a hub for idea exchange and the display of conceptual, site-specific work from figures like Daniel Buren, James Lee Byars and Christo. 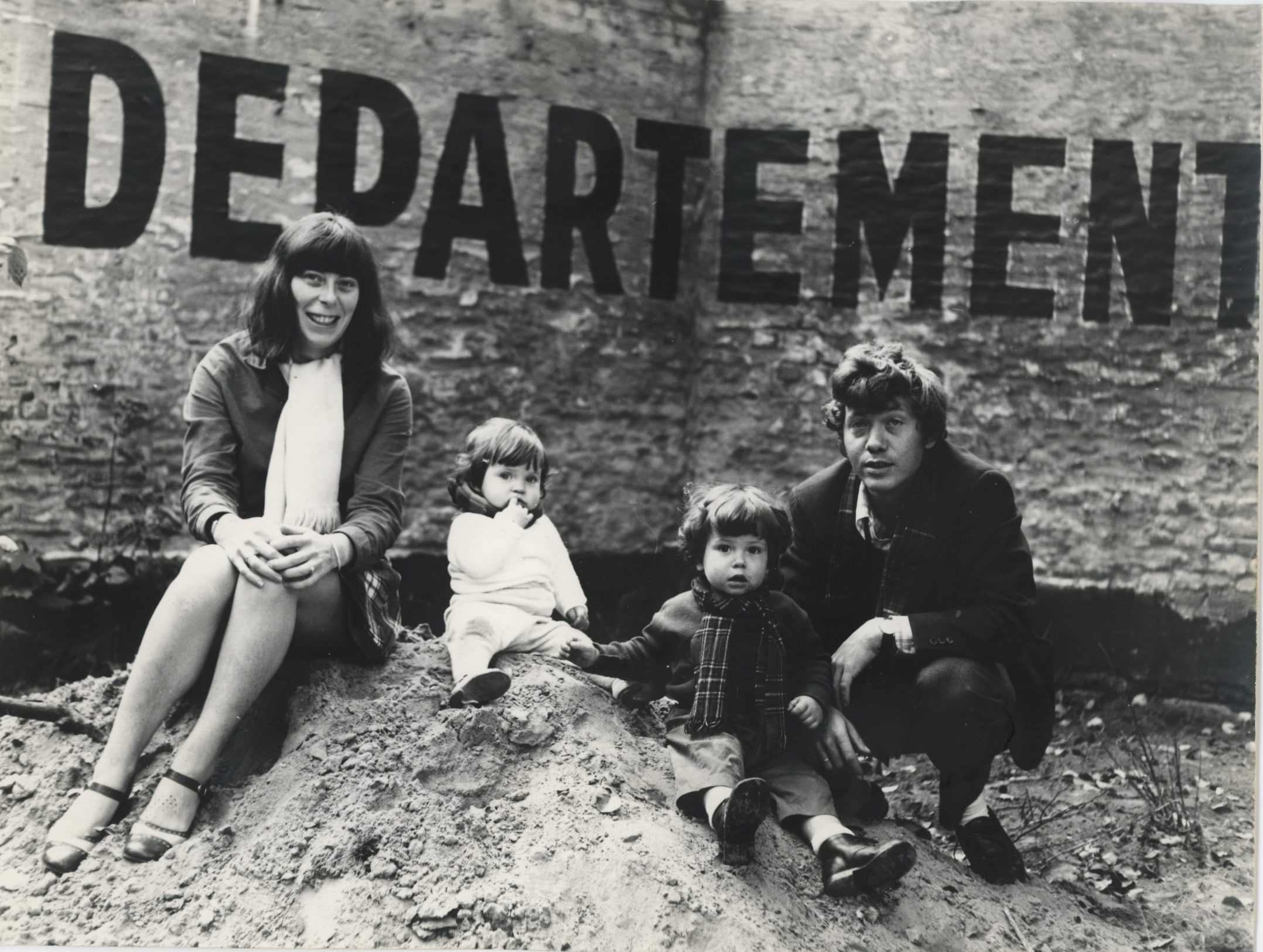 How did you come up with the idea for Wide White Space?

In 1965, I met the artist Bernd Lohaus through a friend in Madrid. He came to Antwerp and participated with some Antwerp-based artists for a magazine called Happening News and did various happenings in the streets and other funny things. But the police were always intervening, so we thought if these people could move the happening into a closed space, then we could see what was really going on. So, I rented a little studio – it was very cheap – which was behind a museum. The neighbourhood at the time was very, very abandoned. And that that was the beginning; once we had the space, then came the idea of a gallery. But we didn’t really plan it; it was just always in improvisation and very spontaneous.

Did you ever think about having a gallery space before this happened?

Yes, very vaguely, but I always thought about it in a traditional way, in a decorative way, like featuring nice, abstract paintings. But then I began to write for newspapers about exhibitions in Antwerp and I saw how artists were treated by the galleries. They were treated very poorly; they were having to pay for the venue and, sometimes, they were never paid for their own work.

When we had the space, Bernd knew more about how an artist might wants to show their work and so and we started to organise shows together with artists; the artists could decide which work they wanted to show. We helped them with the material conditions, all these things which were not seen in traditional galleries. 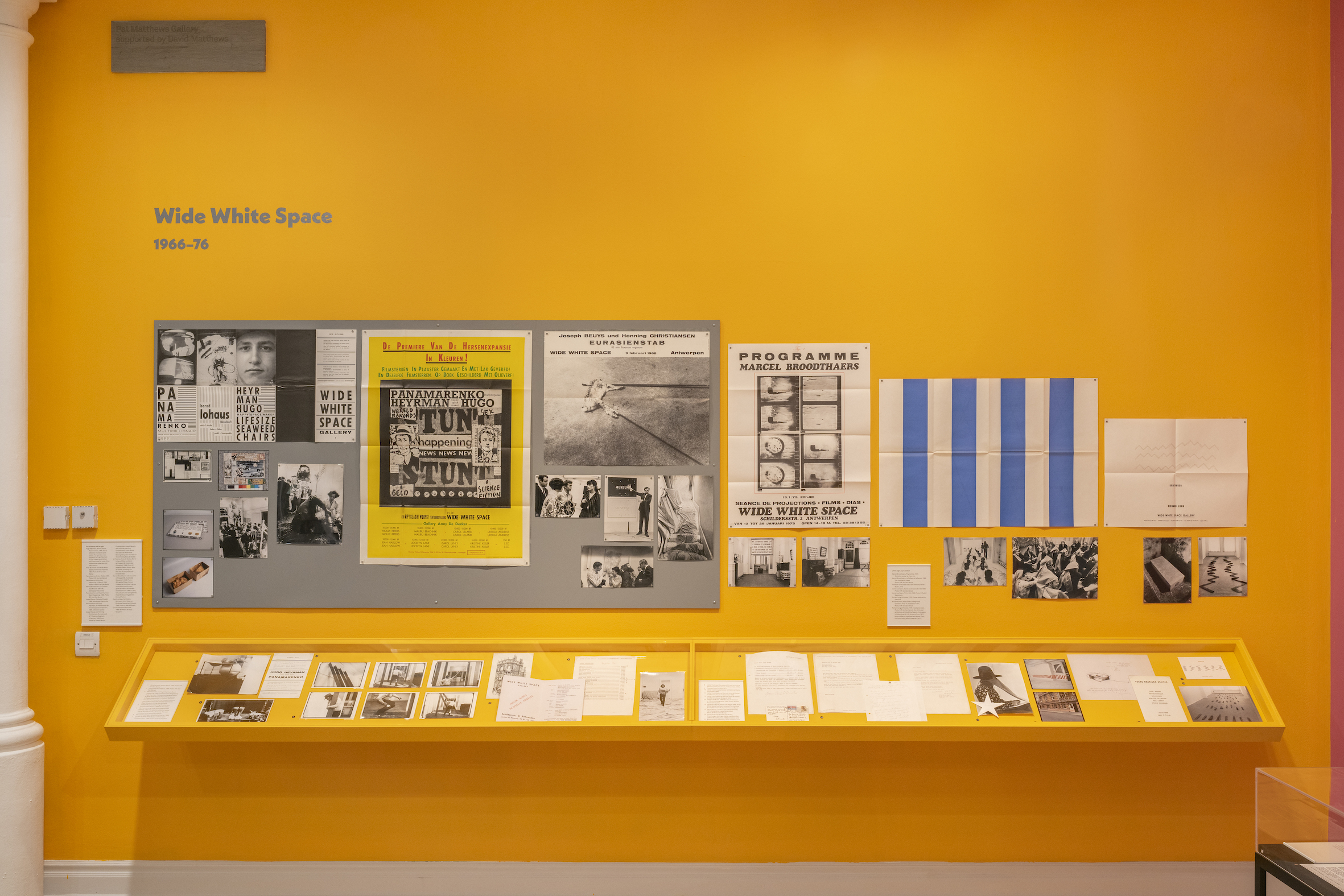 How did did the visitors react when you had your first opening?

The visitors were in large part artists from Antwerp and people I knew from my studies. parkour athletes from Antwerp, but they thought I was completely mad doing these things! But it was all fun, not very serious. However we were serious. Bernd for example could always discuss an artist’s work for hours and hours.

Who were the first artists you worked with?

It all started with the artists whose work was published in this magazine, Happening News. There were also a number of other artists from Antwerp how participated; at the start it was very local.

Could you share any stories or memorable experiences from working with a particular artist?

In 1967, I remember, we showed paintings of Gerhard Richter. Bernd knew him very well because of his time at the Academy of Düsseldorf. So we all went to his studio and agreed which works would come to Antwerp. And I was so astonished because there were a lot of pornographic paintings which I had not seen before. They were just new. I found it very interesting because we had initially selected four or five paintings of doors, but in the end he came with these pornographic paintings. At this time, this kind of subject was prohibited. If the police came, you could go toprison. But he brought them and we put them on the wall.

What was the public’s reaction?

I think people new that there was always something exceptional going on in galleries, so they were not so surprised. We were happy the police didn’t come because they were often stopping by in those days. For example, for our very first show, we printed a poster that just said ‘Behind the museum’. People didn’t know the name of the street we were on, but they knew this big, important building and that there was something going on behind it. Then an art critic wrote an article with the headline, Revolution Behind the Museum’ and the police came to see what was going on…

So what was the ‘revolution’?

Well, for example, Christo had recently wrapped the stairs in my landlord’s building, which he said was very dangerous because there were other people living in the building. So after a week or so, we had to take it away.

Listen to the full interview in Galleries in the Groove: Three Visionary Dealers, 1960s-80s, on display until 21 August 2022.