Armed with a spirit level and sticks of black or white chalk, artist Bart Lodewijks seeks out urban environments and private spaces for his abstract drawings, collecting stories about people and places along the way. 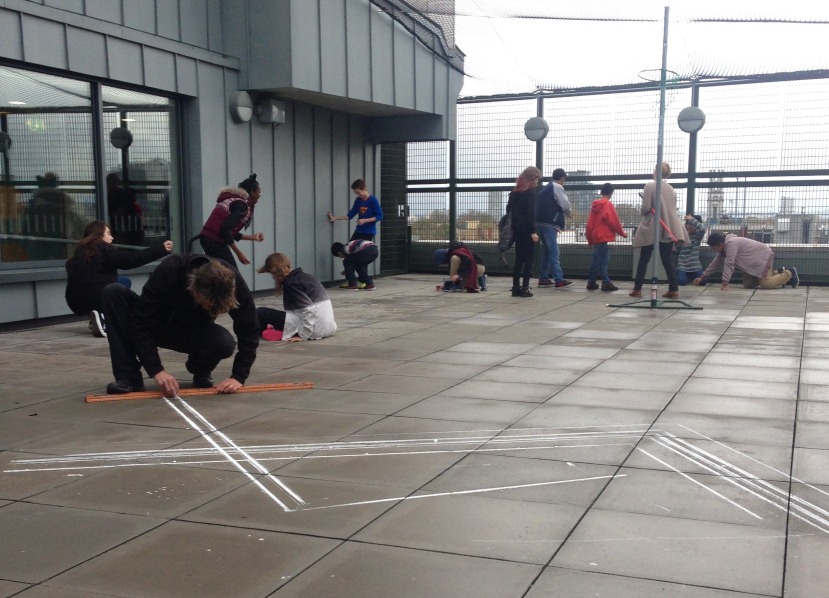 Lodewijks began making wall drawings in Holland in the early 90s, but at the end of the decade he took a break from drawing, making documentaries in post-war Bosnia and writing about his experiences. In the early 2000s he moved to Glasgow where he explains, ‘I found my way back to drawing via the city’s leftover public spaces’.

By 2007 he was asked to make drawings in a neighbourhood of Ghent called Moscou, where he stayed for three years and produced works around the town in close collaboration with the local community. Lodewijks says, ‘for three years I became part of the daily reality of this area’s inhabitants, my drawings becoming one large work: not only finding a place on the facades of private homes, but also continuing on walls and ceilings of living rooms and bedrooms indoors.’ More recently his drawings have appeared around the world, from inner-city streets in Brazil to terraced houses in Sligo, Northern Ireland. 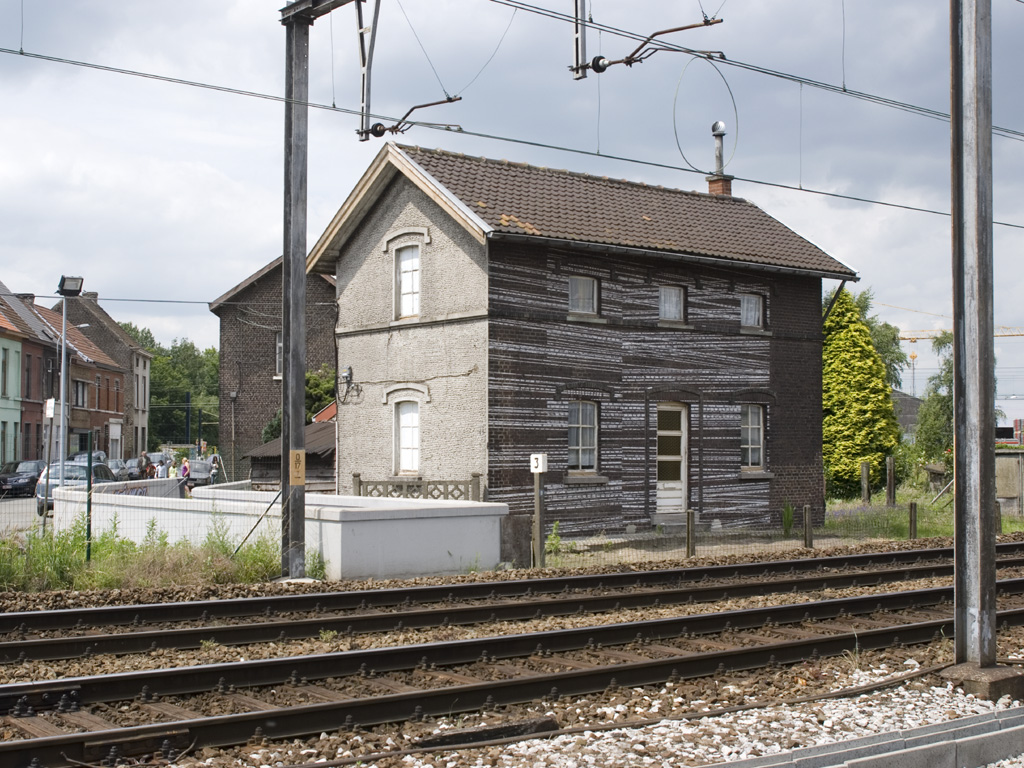 Throughout 2014 the artist has been working with the Whitechapel Gallery on White L(i)nes, his latest project working groups of local students to explore the Gallery and its surroundings through drawing and conversations with local businesspeople and residents. The project culminates with a new site-specific commission at the Whitechapel Gallery in January 2015, coinciding with the major exhibition Adventures of the Black Square: Abstract Art and Society 1915 – 2015.

See the tumblr by students who took part in the Summer Project with Bart Lodewijks.