Over the next 6 months, we’ll be sharing a new serialised text by British artist Cally Spooner as part of her Whitechapel Gallery writer residency. Our Public Programmes Curator Antonia Blocker introduces Spooner’s practice and ambitions for the new project. 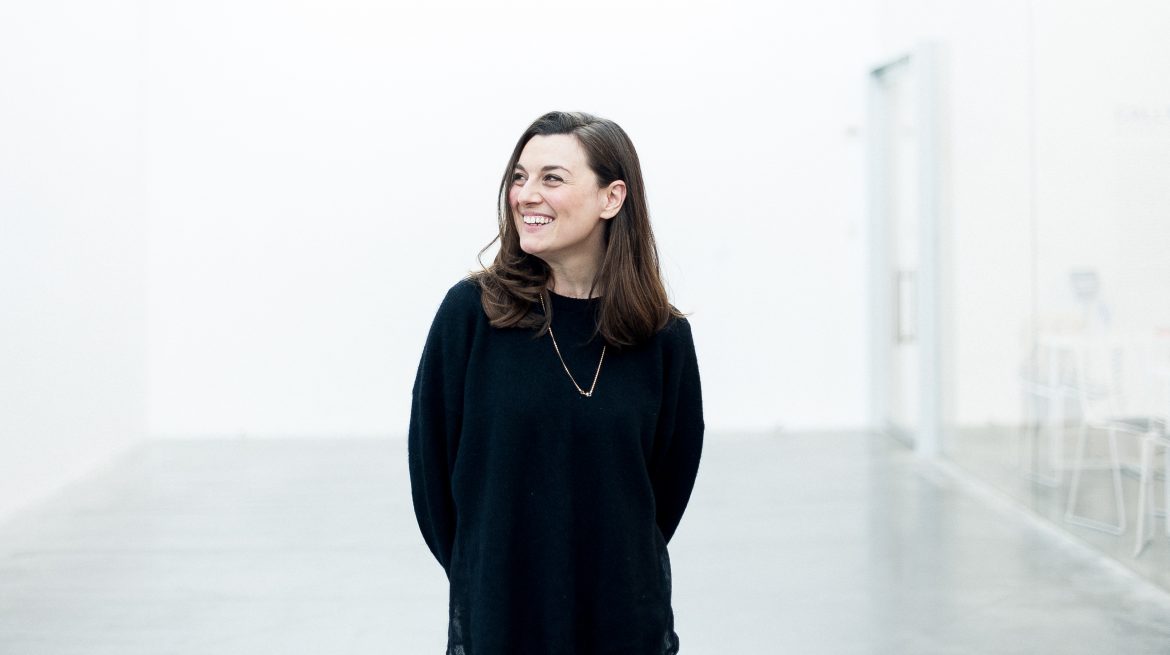 “Cally Spooner is a writer, artist, playwright, curator and serial collaborator, whose work neatly avoids being confined to these categories. As an artist, she produces performative readings and extroverted contemplations of her own written dialogues, to script the anxieties and slippages involved in turning thought into text, text into action and action into self-contained dramas. […] From one perspective, she attempts to find a voice from the position of the fan that is completely enraptured by writing: from another, she is a writer obsessed with the possibility of producing the perfect piece of prose.”

As a means to introduce Cally Spooner I am using someone else’s words: Andrew Hunt’s introduction to her most recent publication, Script, in which he quotes his own text from Art Review (2011). This process of appropriation and self-quotation feels relevant to Spooner’s work. Her practice is entangled in repetition and rehearsal, editing and referencing, collaboration and conversation. Spooner’s ways of working are varied; categories and structures collapse in on themselves to create new spaces and architectures.

For Spooner, texts function in many ways, from the form – be it a script (with its capacity to be read or to direct) or a novel – to the instructions embedded within the typesetting of a font. The form and content is in flux. Is the writing a means for storytelling? Or is the narrative a carrier which enables the process of constructing a text? The feedback loop between structure, character, thought, instruction and action is integral to Spooner’s practice. Her cyclical methodology is prompted by an interrogation into how processes of research, thought and theory translate into output, or in other words; how the process of production is made visible.

Using the marginal spaces of the residency and public programme, Spooner presents a rehearsal of sorts. The fragile elements of a process (usually understood as a means to an end) are here valuable in their own right. Over six months, as Writer in Residence, she will talk about the fleeting in-between spaces of sketching, rehearsing and accumulating, that which would ordinarily be erased and overwhelmed by a final product.

The duration of the project will allow for a perpetual state of rehearsal, making visible multiple time frames and phases for the sake of only that. Like many of her projects, sometimes spanning years and continents, at the outset the end is unclear; it is a process in public.

Find out more about the Whitechapel Gallery’s Writer in Residence programme.