Judith Butler: The Force of Nonviolence

Next week we welcome eminent feminist theorist Judith Butler alongside the renowned writer and philosopher Amia Srinivasan, for a lecture and Q&A on Thursday 23 July – to be broadcast on YouTube at 5pm. Whitechapel Gallery’s Curator of Public Programmes introduces Butler’s work and latest book, which offers a framework for an urgent commentary on the present conditions of violence as they have played out through the Coronavirus pandemic and the global Black Lives Matter movement. 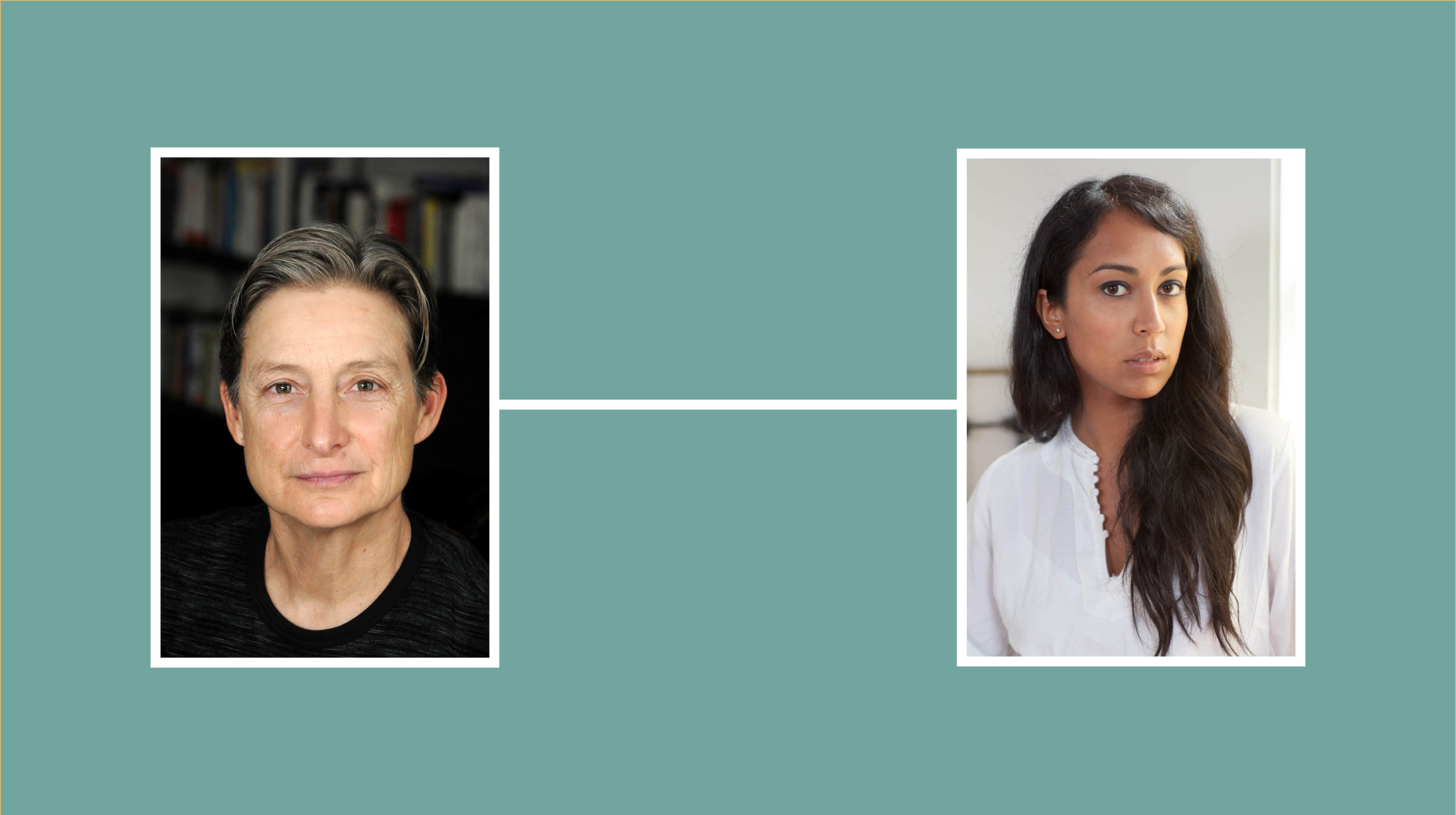 Judith Butler identifies and dissects concepts that we fundamentally tend to take for granted. Her books have given us the tools to step outside ourselves and to rethink the basis from which we approach current conditions. Renowned for doing this with our perception of gender, through her 1990 book ‘Gender Trouble: Feminism and the Subversion of Identity’, followed by ‘Bodies that Matter: On the Discursive Limits of Sex’ (1993), these groundbreaking texts have been essential to an understanding of queer, trans and non-binary communities.

An essential tenet of Butler’s theory was to consider the performativity of gender. Within this was a case to define and then challenge the nature of the ‘speech act’ – where the act of speaking, or of naming, has a legal and permanent effect on the subject; ‘It’s a boy’ is a speech act, ‘I pronounce you man and wife’ is a speech act. Her reflections on violence are inextricably linked to the development of her work on gender and sexuality, it expands the framework to ask urgent questions around the structures that create social injustice.

With her latest book, ‘The Force of Nonviolence’ (2020), she further develops a line of inquiry that follows ‘Precarious Life: The Powers of Mourning and Violence’ (2004), ‘Frames of War: When is Life Grievable?’ (2009) and ‘Notes Toward a Performative Theory of Assembly’ (2015). Establishing a language for the devaluing of life through state violence – what she terms the ‘grievability’ of lives – has an essential relationship to emancipatory social justice movements. This latest book is an acute reflection on who has the power to name and define violence and its supposed counterpart: nonviolence. She writes,

‘When the critique of continuing colonial violence is deemed violent (Palestine), when a petition for peace is recast as an act of war (Turkey), when struggles for equality and freedom are construed as violent threats to state security (Black Lives Matter), or when “gender” is portrayed as a nuclear arsenal directed against the family (anti-gender ideology), then we are operating in the midst of politically consequential forms of phantasmagoria.’

We are incredibly grateful to Judith Butler for delivering a lecture as part of our Feminist Strategies series at this moment in time, and for Amia Srinivasan for joining her in conversation. In this lecture, Butler uses the framework of ‘The Force of Nonviolence’ to reflect on global injustices and the relationship between the Coronavirus pandemic and the structural racism that provided the conditions for the murder of George Floyd. Her position is as part of a call to reconsider the meaning of human interdependence and the boundaries of our bodies, where society’s oppressive institutions come up against the precarious, breathing matter of life.

Judith Butler will be in conversation with Amia Srinivasan for a live Q&A following the lecture.

In collaboration with the publishing house Verso as part of their 50th anniversary celebrations, Whitechapel Gallery launches this new programme for 2020-2021 with a focus on key voices in contemporary feminism. Featuring new titles alongside lectures by prominent figures, the series addresses themes such as the feminist intersection with anti-colonial struggles, activism and nonviolence, work and transformative economics, and transfeminism and the complex relationship with second-wave feminist histories.