Artists’ Film International is a collaborative project featuring film, video and animation from around the world. During 2020, works responding to the theme of language unfold across all 20 partner organisations. As our venues’ doors are temporarily shut, we are continuing to share exciting international work online for a limited period.

Below is a trailer for Lerato Shadi’s film Mabogo Dinku, which was selected by The Friends of Iziko South African National Gallery, Cape Town to be screened throughout April 2020.

Expressive hand movements accompany a folk song in a South African language. Some gestures are universally recognisable from waving and beckoning to pointing and halting. However, their full meaning along with the words of the song escapes us without subtitles. In Mabogo Dinku (2019), Lerato Shadi (b. South Africa) offers a take on the history of her people marginalised during the apartheid regime. By not translating her own language into English or another dominant European language, Shadi rejects the history of Western colonisation in South Africa and ensures the viewer listens to her mother tongue.

Lerato Shadi was born in Mahikeng, South Africa, and lives and works in Berlin.  She graduated from the University of Johannesburg in 2006 and earned a MA in Spatial Strategies from the Weißensee Academy of Art in Berlin.  Shadi works across video, performance and installation, often employing repetitive processes.  Her work has been included in international exhibitions, most recently at the 14th Curitiba Biennal in Brazil; Zeitz MOCAA in Cape Town.  She has been awarded the Alumni Dignitas Award of the University of Johannesburg in 2016, the Villa Romana Prize in 2018, and the Berliner Senat Arbeitsstipendium in 2019.  Her work is in the collection of Tate, London, n.b.k. Videoforum, Berlin and Iziko South African National Gallery. 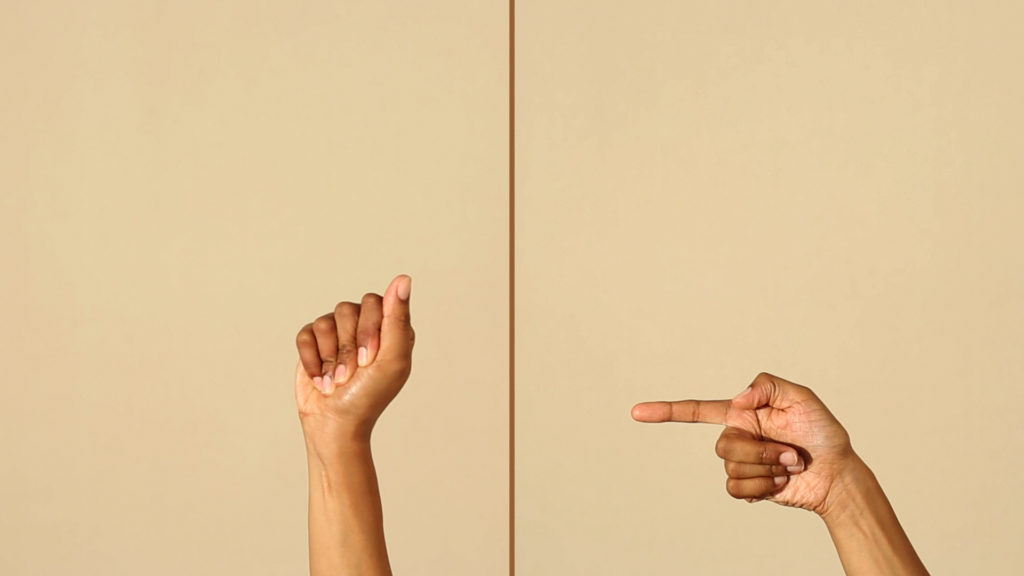