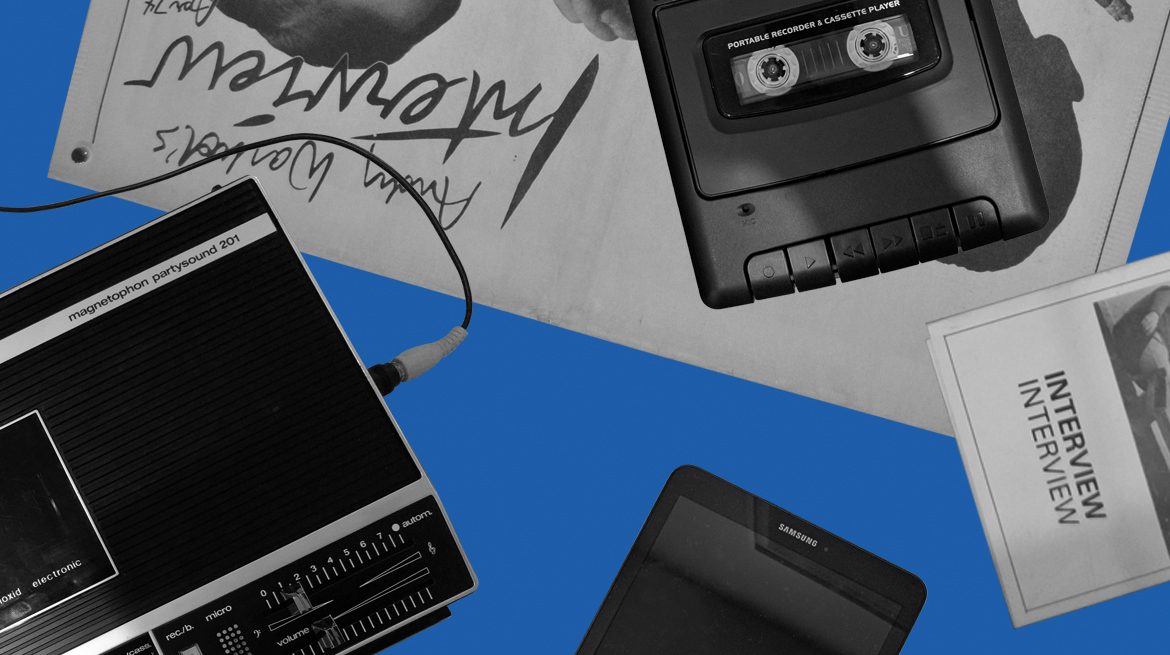 Ranging from the broadcasting studio to email exchange, and captured in print, sound and film, interviews are a form of performance and in some cases an artwork in their own right.

From the snappy press interview to the in-depth conversation, it is the artist’s voice that offers the primary insight into their work. Marcel Broodthaers conducted his interview with a cat and Cornelia Parker interviewed philosopher Noam Chomsky about art’s potential to save the planet.

The prevalence of electronic devices make recording interviews an easier and more informal process compared to the technically more demanding interviews of previous decades. Tracing the evolution of changing technologies, the exhibition Q & A: Artists In Conversation presents interviews from the Whitechapel Gallery Archive and other archives as well as selected conversations conceived by artists and curators. 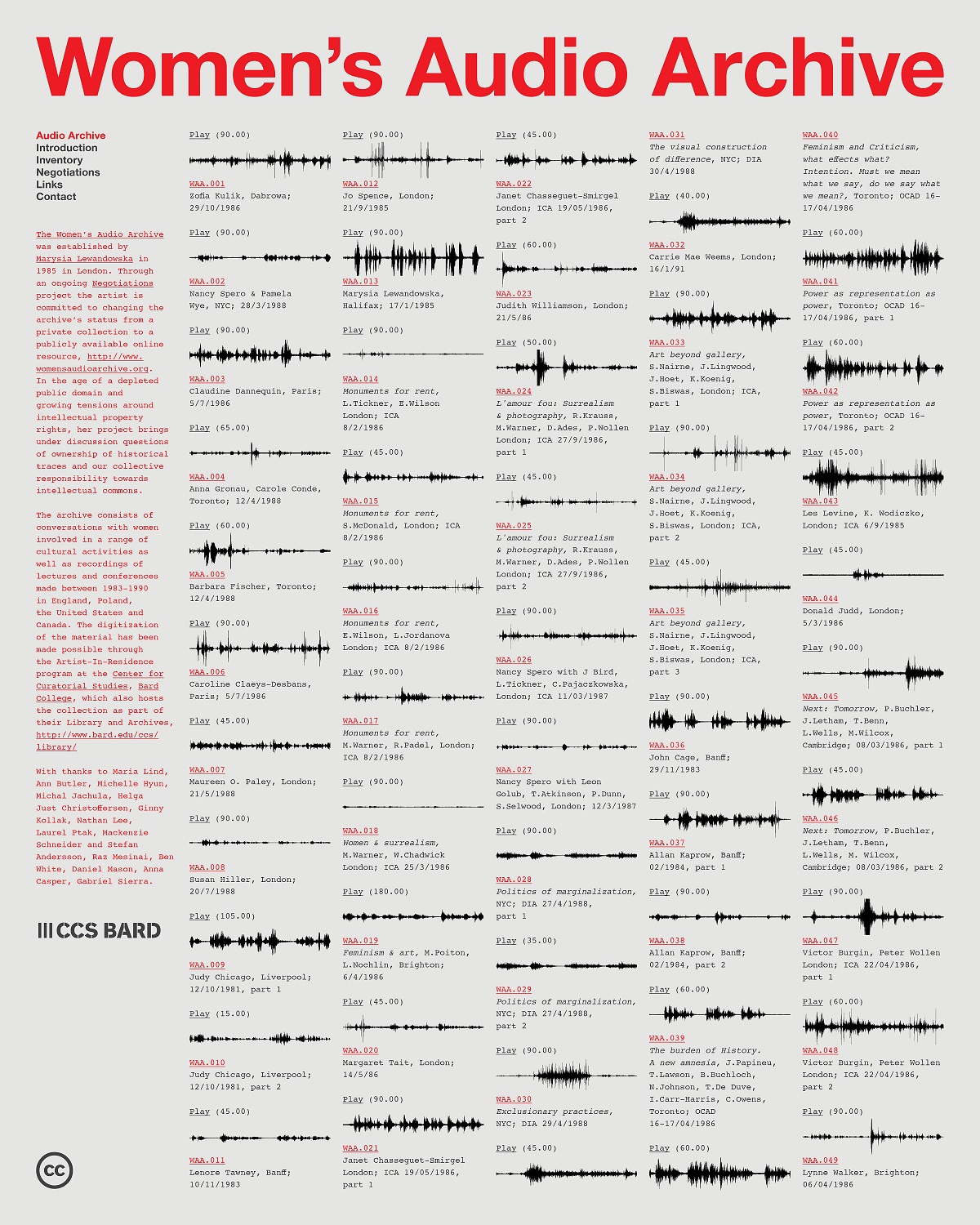 Women’s Audio Archive began as a way to adapt to a new cultural environment on the occasion of the artist’s move from her native Poland in 1983. Through recording public events, seminars, talks, conferences, and private conversations, the interviews develop a history of women and culture to become a valuable record of a particular time in discourse.

John Cage was interviewed by Richard Kostelanetz for the artist network SoHo TV  (a project of the Artists Television Network), where artists were given slots on a local New York network.

This interview performance is filmed as Cage works on a text piece based on James Joyce’s Finnegan’s Wake. From a starting point of simple rules Cage’s process becomes complex and intertwined.

A rare selection of Interview magazines from 1974 to 1996 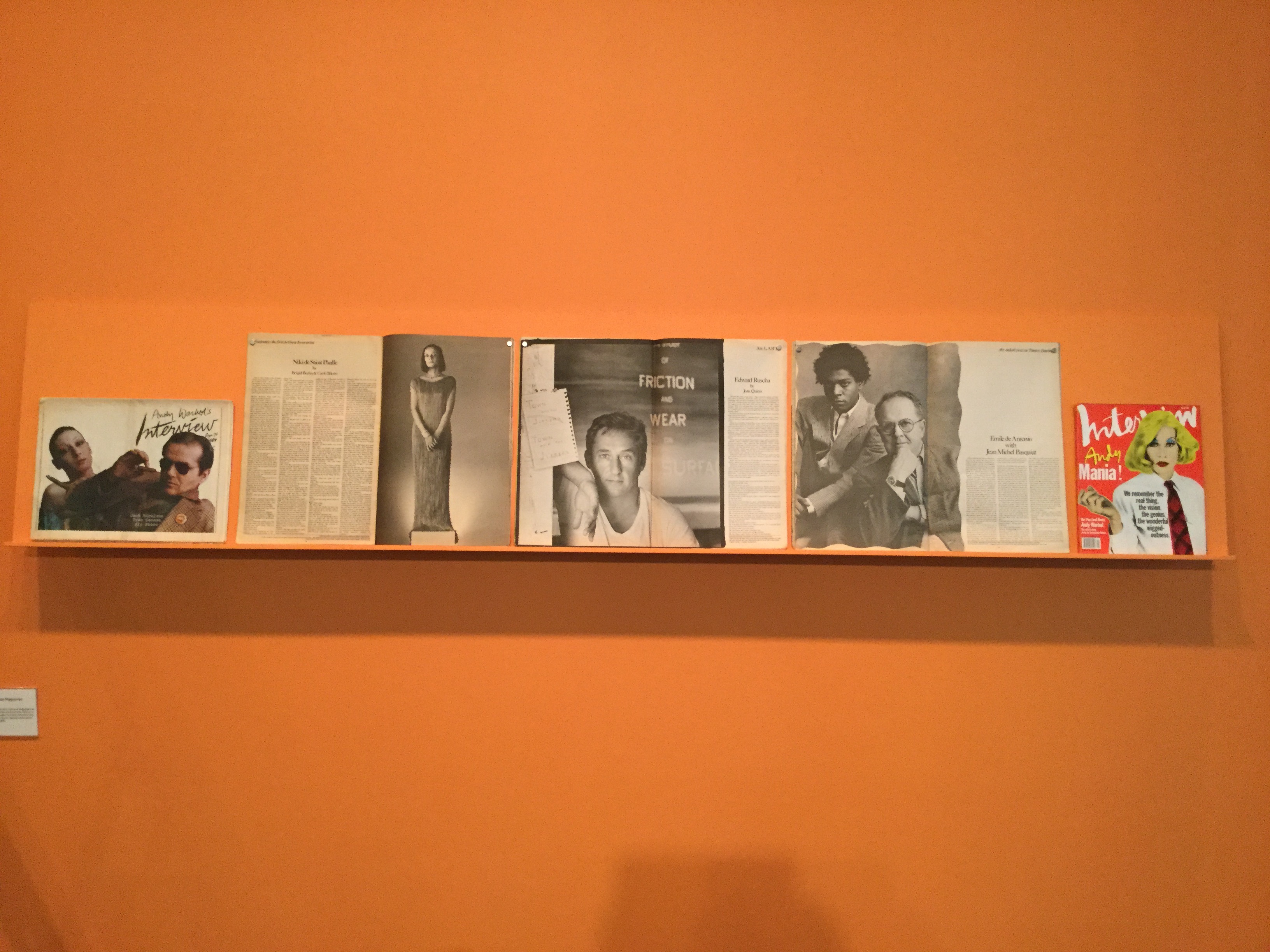 Inspired by underground newspapers, Interview was created by Andy Warhol and British journalist Brian Wilcock in 1969. The magazine featured largely unedited interviews with artists, musicians and cultural figures. Warhol continued his involvement until his death in 1987.

Drawing Room Confessions is a collection of printed books. Each issue features one artist who is invited to take part in conversations with different interlocutors from a range of fields. The annotated sections of the publication follow a set of rules designed to present a nuanced portrait of the artist at a particular moment in time.

Recorded at the artist’s conceptual museum, Musée d’Art Moderne, Département des Aigles, during its time in Düsseldorf. Marcel Broodthaers interviews a cat posing hard-hitting questions about the state of the art market. 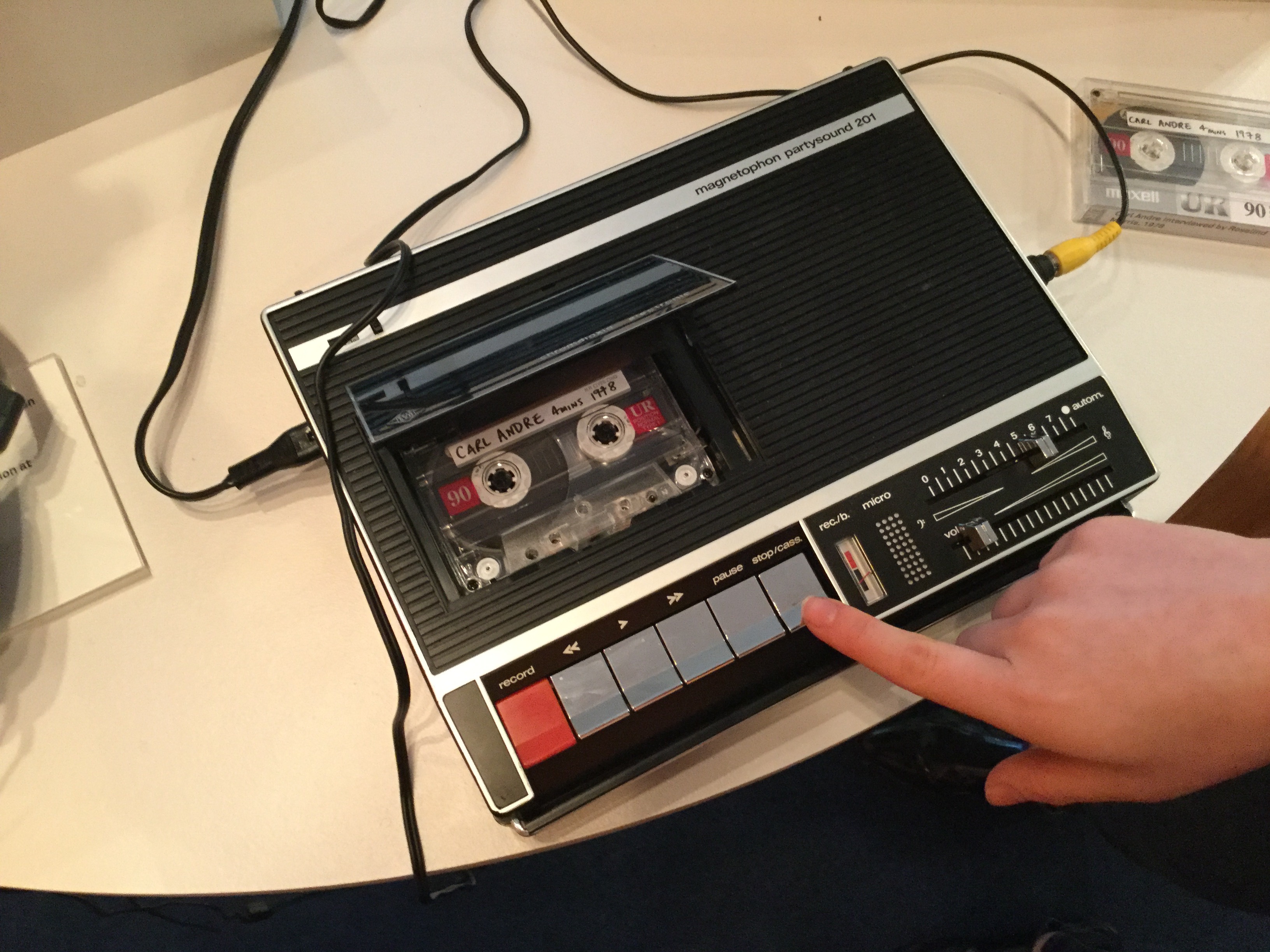 Visit Q&A: Artists In Conversation at the Whitechapel Gallery, Gallery 4 from 11 March – 27 August 2017.