Visions of the future from leading architects and artists are unveiled at Whitechapel Gallery in February 2019 for headline exhibition Is This Tomorrow? . Creative practitioners from around the world are brought together in 10 groups specially selected by Whitechapel Gallery with participants working together for the first time, highlighting the exciting potential of collaboration. They present original projects addressing today’s key issues including new technologies, the environment, migration and resource scarcity. More than 60 years on, Is This Tomorrow? takes as its model the groundbreaking 1956 Whitechapel Gallery exhibition This is Tomorrow. 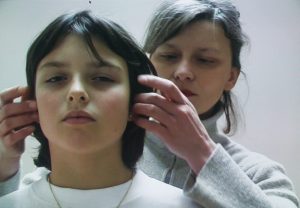 Internationally acclaimed authors explore Spain’s leading collection of contemporary art in this series of four displays taking place over the course of a year. Each writer curates a display of artworks and contributes new writing based on their selection. Preeminent Spanish novelist Enrique Vila-Matas (b. 1948, Spain) brings an intuitive and personal approach to “la Caixa” Collection of Contemporary Art for the first display, opening in January 2019. Selecting figurative works by artists Gerhard Richter (b. 1932, Germany), Dominique González-Foerster (b. 1965, France) and Dora García (b. 1956, Spain), he also includes landscape by Spanish and European artists of his generation. The first institutional collection to focus on contemporary art in the post-Franco era, “la Caixa” was founded in Barcelona in 1985 to foster dialogue between Spanish and international art. It now includes more than 1,000 works by international artists across the mediums of painting, sculpture, photography, installation and film. 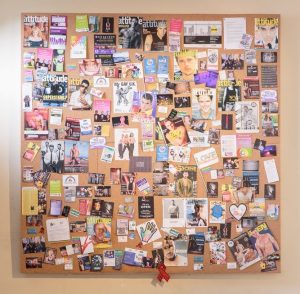 How has the changing landscape of London affected the lives of queer people? This exhibition considers the loss of hundreds of community venues around London through market-led redevelopment and how this has changed the capital’s queer scene. It presents work by artists concerned with the disappearance of spaces where LGBTQ+ communities have gathered to socialise, explore their sexuality and try out new identities. Featuring rarely displayed archive material relating to the city’s queer spaces, gathered through extensive research by University College London’s Urban Laboratory. With works by Tom Burr (b. 1963, USA), Ralph Dunn (b.1969, UK), Evan Ifekoya (b.1988, Nigeria), Hannah Quinlan & Rosie Hastings (both b. 1991, UK) and Prem Sahib (b. 1982, UK) on show, the exhibition explores the radical inventiveness, creativity and unpretentiousness inherent within London’s queer spaces. 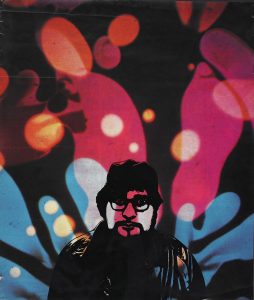 Poets, artists and musicians respond to the experience of city life in this series of live events and exhibition. A live programme presents contemporary work on the theme of the city with performances from musician Thurston Moore (b. 1958, USA), poet CAConrad (b. 1966, USA) and British punk trio Big Joanie. The events accompany an exhibition drawing on the archives of Liverpool painter, poet and pioneering performance artist Adrian Henri (1932 – 2000), whose works from the late 1960s and early 1970s focused on the city. The artist also featured in a Whitechapel Gallery 1975 exhibition which inspires this project. The Gallery commissioned 16 contemporary writers to compose a poem about London for the show and a specially compiled soundtrack. City Poems and City Music is guest curated by Catherine Marcangeli, Thurston Moore and Eva Prinz. 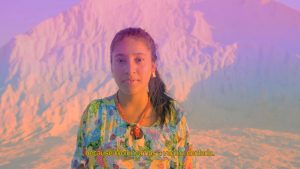 Marking the culmination of a year-long collaboration as Whitechapel Gallery’s Writer in Residence, this new project from artist, writer and filmmaker Sophia Al-Maria (b. 1983, US) draws on feminism and radical queer politics to consider themes of history and narrative. BCE presents two distinct creation myths side by side – one ancient, one new. It celebrates Al-Maria’s collaboration, established over the course of the residency, with artist Victoria Sin (b. 1991, Canada) who contributes a new creation myth in a specially-commissioned film work. 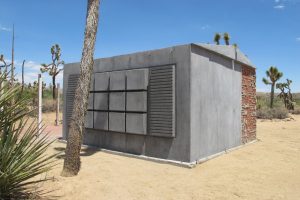 Rachel Whiteread (b. 1963, UK) will be presented with the Art Icon Award for 2019 at this event held in honour of the artist. One of Britain’s leading contemporary artists, Whiteread is internationally renowned for her evocative sculptures which often cast ordinary objects and their negative space. She was the first woman to win the Turner Prize (1993) and has been the subject of major solo exhibitions globally. Whiteread’s work The Tree of Life (2012), a frieze of golden leaves, is situated above the entrance to the Whitechapel Gallery and was the artist’s first permanent public commission in the UK. Whiteread will receive the award at Whitechapel Gallery on the occasion of the annual Art Icon Gala, which raises funds for the Gallery’s pioneering education programme. 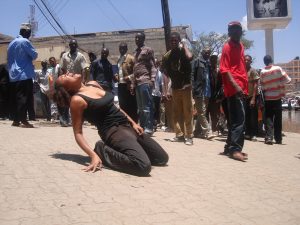 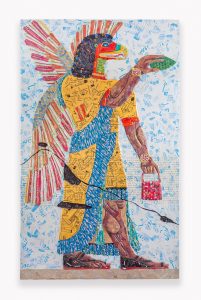 Michael Rakowitz, The Invisible Enemy Should Not Exist (Room Z, Northwest Palace of Nimrud), 2018, Middle Eastern Packaging and Newspaper, Courtesy of the artist

Iraqi-American artist Michael Rakowitz’s (b. 1973, USA) first major European survey presents a sequence of installations drawing on architecture, cultural artefacts and cuisine to tell stories of social ritual, conflict and loss. It encompasses work considering the citizen visionaries of post Soviet Hungary, Middle Eastern Beatles fans and the stone carvers of Afghanistan, with Rakowitz’s casts of players and objects revealing the legacy of colonisation, modernism and globalism. The artist’s gigantic replica of the ‘Lamassou’, one of two monumental winged bulls that once guarded the gates of Nineveh in Iraq, currently features on Trafalgar Square’s Fourth Plinth. This recreation of an ancient mythological creature is made from everyday date syrup cans and is part of an epic endeavour to recreate all 7,000 objects looted from Iraq’s museums which will be represented in the exhibition.
The exhibition is co-curated with Castello di Rivoli, Turin 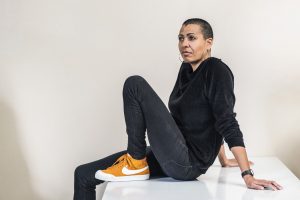 Helen Cammock (b. 1970, UK) presents an exhibition of new work exploring women’s voices, the result of an extraordinary six-month Italian residency in six Italian cities awarded to her as the winner of the prestigious Max Mara Art Prize for Women. Working with moving image, photography, writing, song, performance and printmaking, Cammock is interested in histories, storytelling and the excavation of lost or unheard voices – often mapped through her personal, social and political concerns around notions of blackness and womanhood, wealth and poverty. Her research for the Prize focuses on the expression of lament as a means of mourning, resilience and survival. Exploring women’s voices across Italian histories, her exhibition aims to create a collective, contemporary outcry for our times. 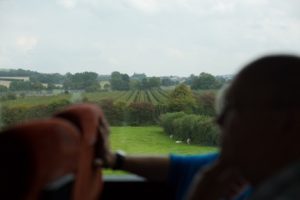 From Ballykinlar in Ireland to Ekumfi-Ekawfo in Ghana, international artist collective Myvillages explore the rural as a space for and of cultural production. Founded by artists Kathrin Böhm, Wapke Feenstra and Antje Schiffers, Myvillages counters the assumption that culture is an exclusively urban phenomena. This exhibition collects material from the course of their career and runs in dialogue with the research and events programme on The Rural hosted by Whitechapel Gallery from 2017-2019. Through long-term approaches embedded within the existing activities of communities, they question who is producing culture. By committing to work in the rural, their projects subvert established power relationships between the city and the country. 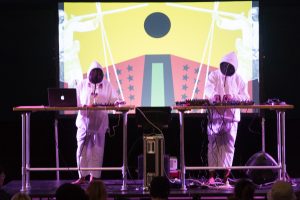 Returning for its second year this summer, Whitechapel Gallery’s free late-night contemporary art festival transforms local cultural and historic venues with spectacular artworks and performance for one night only. This year’s festival builds on the success of the inaugural festival in 2018 which attracted over 6000 visitors across more than 33 sites, with 55 artists and performers across the night. 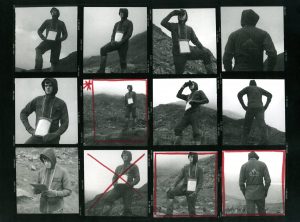 Rebecca Chesney, Death by Denim, 2015, Courtesy of the artist

What is the role of art in rural contexts? This major international conference draws on more than a year of events and research considering the particular set of conditions presented by the rural as a context for art. How are ideas of community, climate or architecture perceived from a rural perspective? Art is always assumed to thrive best in metropolitan centres, yet when we shift our focus to the countryside we are met with new questions and priorities.

Developed in collaboration with five partners and coinciding with the launch of the latest in the Documents of Contemporary Art publications series, guest edited by artist collective Myvillages. 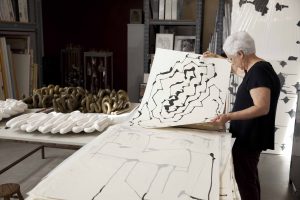 Fifty years of Brazil-based artist Anna Maria Maiolino’s (b. 1942, Italy) extraordinary multi-dimensional career is presented by Whitechapel Gallery in the first major UK solo exhibition of the artist’s work. Bringing together emotive clay sculptures, politically-charged films and performances, drawings, photography and installations, the large-scale survey will feature highlights of Maiolino’s work from the late 1960s to the present. Maiolino’s work considers speech, language and the body and frequently takes inspiration from her experience as an immigrant coming of age under Brazil’s military dictatorship. From her personal perspective as a woman, a feminist and a mother, she charts five decades of political, military and cultural shifts in Brazil, and further afield. 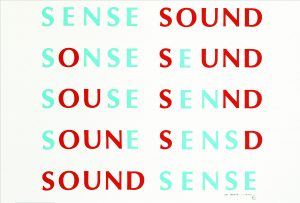 This exhibition is dedicated to musical scores, records and their relationship with the music of the Fluxus movement. Fluxus has, over time, been recognised as one of the most influential artistic movements of the 20th century and the forerunner of subsequent artistic trends from conceptual to performance to video-art. Fluxus scores followed an equally radical approach, breaking free from the need to represent sounds through symbols and introducing notation through graphics, poetry and the visual arts.
Coproduced by Fondazione Bonotto and the Fondazione Musica per Roma 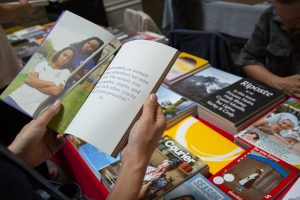 The London Art Book Fair presents the best in international arts publishing, showcasing artists’ books, catalogues, zines, rare publications and new releases. Free and open to all, it will feature 80 exhibitors over three days. A vibrant programme of related talks, workshops, happenings, performances and signings will take place throughout the fair.

For over a century the Whitechapel Gallery has premiered world class artists from modern masters such as Pablo Picasso, Jackson Pollock, Mark Rothko and Frida Kahlo to contemporaries such as Sophie Calle, William Kentridge, Sarah Lucas and Mark Wallinger. With beautiful galleries, exhibitions, artist commissions, collection displays, historic archives, education resources, inspiring art courses, dining room and bookshop, the Gallery is open all year round, so there is always something free to see. It is a touchstone for contemporary art internationally, plays a central role in London’s cultural landscape and is pivotal to the continued growth of the world’s most vibrant contemporary art quarter.