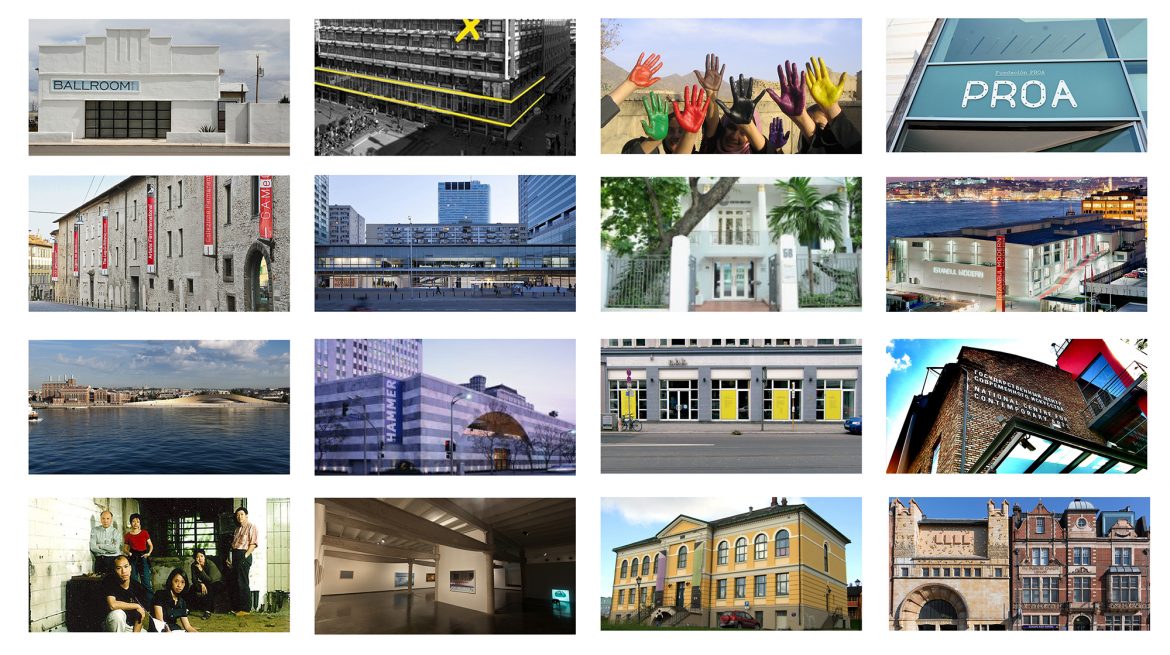 Artists’ Film International is a collaborative project featuring film, video and animation from around the world.

Established by the Whitechapel Gallery in 2008, Artists’ Film International includes 20 global partner organisations. The programme brings together recent moving image works which are presented over the course of a year in each venue.

At the Whitechapel Gallery, a selection of works are screened each season in the Zilkha Auditorium as part of the exhibitions programme. 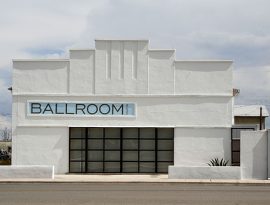 Ballroom Marfa is an independent contemporary cultural arts space which supports emerging and established artists working in the visual arts, film, music and performance and in particular, on projects that would be impossible to stage in traditional gallery or museum settings. 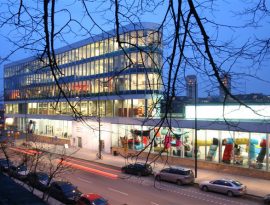 Bonniers Konsthall, located in central Stockholm, is a place for Swedish and International contemporary art. Since the start in 2006, Bonniers Konsthall has shown and discussed art from the world over. Exhibitions range from thematic group exhibitions that want to put the art into a larger cultural context, to solo exhibitions where art works are often made specifically for the exhibition.

The Cultural Centre of Belgrade, Belgrade 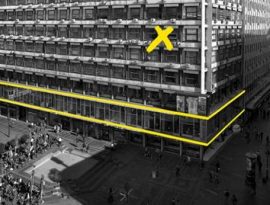 The Cultural Centre of Belgrade was founded in 1957 as a multidisciplinary cultural institution, whose role as an informative and educational institution was crucial during the development of Yugoslavia new society in the post-war years.  Today the Centre is a creator, organizer and partner to many national and international projects and institutions that significantly mark the contemporary scene of Belgrade and Serbia. 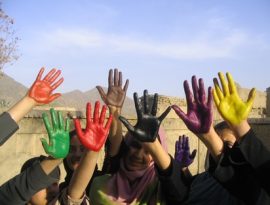 Center for Contemporary Arts Afghanistan (CCAA) is a civil society organization, a non-governmental organization in national level. It was founded in 2004 by a number of young artists in an attempt to open up a pro – active dialogue with the international community and reinstate the country’s art institutions after the governmental changes in 2002.

The main goal of CCAA is to provide equal opportunities both for men and women to improve their artistic talents and upgrade their role within a patriarchal and theoretical frame of the arts. 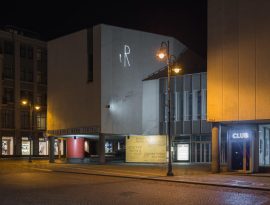 The Contemporary Art Centre (CAC) is the largest venue for contemporary art in the Baltic States, with an exhibition space of 2400 square meters. The CAC is a non-collection based institution committed to developing a broad range of international and Lithuanian exhibition projects as well as presenting a wide range of public programmes including lectures, seminars, performances, film and video screenings, and live new music events. 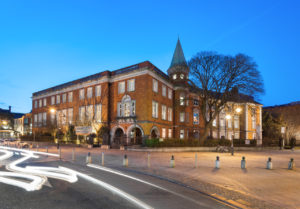 Located in the heart of Cork city, Crawford Art Gallery is a critical part of Ireland’s cultural and tourism infrastructure. Through its Programming, Collection and Buildings, it is committed to fostering recognition, critical assessment, and acknowledgement of historical and contemporary Irish and international art practice. 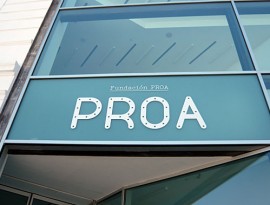 Fundacion PRÓA opened in 1996 in an historic building in the La Boca district of Buenos Aires and organises multi-disciplinary exhibitions of Argentine and international artists. In 2008 the Foundation launched its renovated building with a major exhibition of Joseph Beuys. 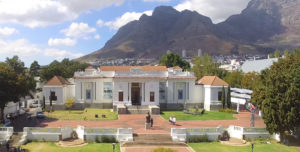 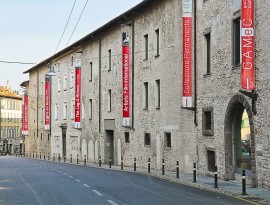 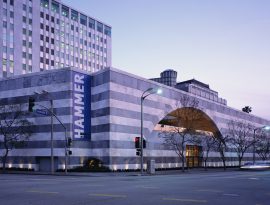 The Hammer Museum opened to the public in November 1990. The museum champions the art and artists who challenge us to see the world in a new light, to experience the unexpected, to ignite our imaginations, and inspire change. The Hammer Museum shares the unique and invaluable perspectives that artists have on the world around us, providing significant insight into some of the most pressing cultural, political, and social questions of our time. 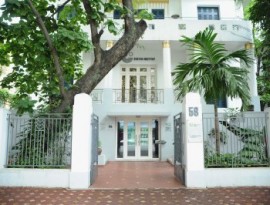 DOCLAB (Documentary Filmmaking and Video Art Centre) opened in 2009 and is based at the Goethe-Institut in Hanoi. The Centre has two screening rooms which show an international mixture of documentary films, video art, experimental films, animations and shorts. The Centre also encourages visiting artists and filmmakers to give presentations or screenings of their work to local visitors. 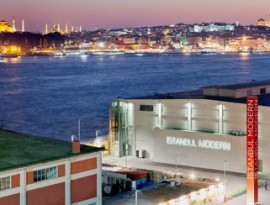 Istanbul Modern, Turkey’s first museum of modern and contemporary art, has moved to its temporary space in Beyoğlu, where it hosts all exhibitions and events until its new building in Karaköy is completed. The museum’s temporary space, a historical building in Beyoğlu, houses the museum’s collection and temporary exhibition halls, photography gallery, educational and social programs, library, cinema, cafe, and store. 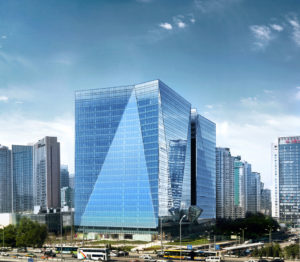 The KWM artcenter opened in 2016 in Beijing. It has over 700 sqm of exhibition and education spaces acting as a rare art institution at the heart of the economic central area in Beijing. The programme presents domestic and international artists working with painting, photography, moving image, installation and new media and organises educational activities and courses aimed to cultivate interest in contemporary art from China and internationally and to support younger local artists. 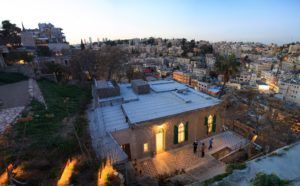 The Mohammad and Mahera Abu Ghazaleh Foundation brings together artists, curators and researchers from the region and elsewhere, hosting exhibitions, workshops, studios and residencies and a library. The foundation is also developing several learning initiatives in preparation for its art school. 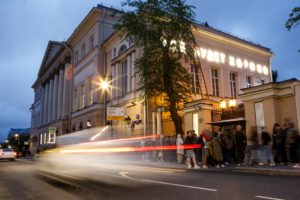 Moscow Museum of Modern Art is the first state museum in Russia, founded in 1999 by the
President of the Russian Academy of Arts, Zurab Tsereteli. MMOMA is an active participant in the country’s artistic life and is located on six squares of the city. The institution prioritizes education in the field of art, support for young artists, its own publishing program, the development of inclusive projects, scientific activities, and laboratory expertise, as well as a regional program. 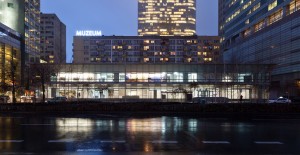 Founded in 2005, the Museum of Modern Art is based in a temporary site whilst a new purpose built building is under construction. The Museum’s exhibition programme and collection focuses on contemporary Polish and International artists and its resources include the Filmoteka Muzeum – a collection of artists’ films comprising of a few hundred titles, available online. 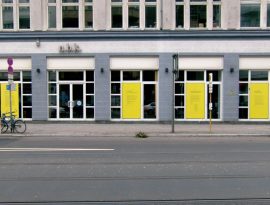 n.b.k.(Video-Forum of Neuer Berliner Kunstverein), was founded in 1971 as an artists and cultural producers initiative and holds a collection of over 1500 works of video art, the oldest collection of video art in Germany. The Video-Forum organises regular screenings and projects relating to video art, which are programmed thematically to reflect an international context,  and regularly co-produces new works. 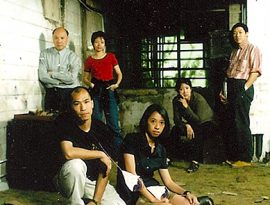 Para/Site is a non-profit organisation which produces, exhibits and publishes both local and international artists projects. Founded in 1996 and spread across 2 two sites, it is one of the leading independent art spaces in Hong Kong and the region. 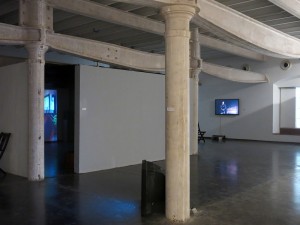 Project 88 was established in 2006, in Mumbai. The gallery supports artists in long-term relationships to facilitate understanding and awareness of their continually evolving practices in India and in international venues. They work with established artists and with a generation of emerging artists within India who are making innovative, experimental and ambitious works in all media and modes within a conceptual framework.

The Tromsø branch of this national contemporary art foundation is based in a 19th century building and promotes rotating exhibitions of contemporary art in the most northern reaching part of Norway. Founded in 1924, TKF is organised in the tradition of the German Kunstverein and has an established tradition of emphasizing newer and experimental contemporary art with an international perspective but also with a focus on artists and on themes relating to the region. 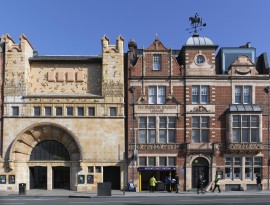 For over a century the Whitechapel Gallery has premiered major British and international artists in London’s historic East End. The gallery hosts a number of temporary displays throughout the year within eight spaces, ranging in focus from temporary monographic exhibitions to public and private collections and archive displays.