A special event celebrating the life and work of one of Britain’s most acclaimed artist animators, this is a rare chance to view the full range of David Anderson’s remarkable short works; with guests Gary Thomas of Animate Projects and Clare Kitson, writer and commissioning editor for animation at Channel 4 from 1989 – 1999.

Films to be shown:

Dreamland Express, Dreamless Sleep, Deadsy, Door, In the Time of Angels, Motion Control, Sense of Gravity and Tongue of the Hidden.

David Anderson (1952-2015), is a film-maker whose work has encompassed experimental animation, drama, theatre and dance. He trained at Bath Academy of Art and the National Film and Television School. His degree film Dreamland Express won a British Academy Award. Later films, including Deadsy and Door — made in collaboration with the writer Russell Hoban — have garnered a multitude of awards. His film Dreamless Sleep won the Hiroshima Peace Prize. He was a Visiting Professor of Animation at Harvard University, and lived in Lewes, Sussex. 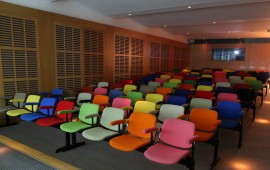