Art and Feminisms in Latin America

Drawing on Anna Maria Maiolino’s exhibition, this afternoon of presentations and discussions convened by guest curator Kiki Mazzucchelli invites artists, curators and academics to delve into art made by women in Latin America today.

The first part focuses on feminisms and curatorial practice: Sofia Gotti discusses the concept of ‘radical bilingualism’ through the lens of Anna Maria Maiolino’s work; Cecilia Fajardo-Hill explores questions related to gender, sexuality and the erotic, including today’s Latinx and Latin American queer and transfeminist artists; Cédric Fauq draws on the exhibition Still I Rise – Feminisms, Gender, Resistance (co-curated by Irene Aristizabal, Rosie Cooper and Fauq) to look into intersectional thinking and how feminism and gender might be envisioned in the future. The second part explores how materiality, subjectivity and form are intertwined in the practice of artists Erika Verzutti  and Tonico Lemos Auad through their sculptural and textile works.

Coinciding with the exhibition Anna Maria Maiolino: Making Love Revolutionary, the event draws on selected artworks to address ideas around materiality, language and subjectivity, considering the intersections between the personal and the political at times when voices are being silenced.

Cecilia Fajardo-Hill is a British/Venezuelan art historian and curator in modern and contemporary art, specialized in Latin American art. She was the Chief Curator at the Museum of Latin American Art, MOLAA in Long Beach; the Director and Chief curator of the Cisneros Fontanals Arts Foundation (CIFO) and the Ella Fontanals Cisneros Collection, Miami, USA, and the Director of Sala Mendoza, Caracas, Venezuela. Fajardo-Hill was co- curator of Radical Women: Latin American Art, 1960-1985, the Hammer Museum, Los Angeles (2017). She is currently co-curating the exhibition XicanXperimental (Phoenix Museum, 2021). Presently she is co-editor of two tomes on 20th and 21th century Guatemalan art (Arte GT 20/21 and Cultural Agents Initiative of Harvard University) and the editor of Remains – Tomorrow: Themes in Contemporary Latin American Abstraction.

Sofia Gotti’s research focuses on feminist art practices in Latin America and Italy. She currently lectures at Nuova Accademia delle Belle Arti, Milan, and at The Courtauld Institute of Art. As a curator, she has worked with organizations including The Feminist Institute, Castello di Rivoli, FM-Centre for Contemporary Art, Tate Modern and the Solomon R. Guggenheim Foundation. Starting in 2020 she will join the History of Art department at the University of Cambridge as a Leverhulme Early Career Fellow. 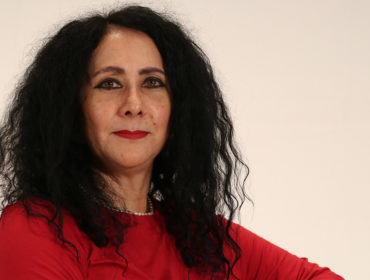 The co-curator of Radical Women: Latin American Art, 1960–1985, a recent major survey at LA’s Hammer Museum delivers a lecture that considers research into ideas of other feminisms, from Radical Women and Third World Feminism to transfeminism, in the context of our current retrospective of work by Anna Maria Maiolino.