Spanning two decades, Kentridge and Miller’s collaborations have entwined film and music, resulting in ambitious productions and installations. These include the major work The Refusal of Time, a multi-sensory installation first shown at dOCUMENTA (13), Kassel, Germany. 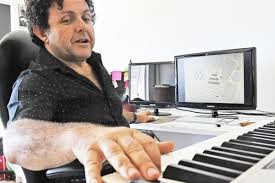 He has composed many scores for film and TV: music for the first episode of the new series of Roots, directed by Phillip Noyce: the score for HBO’s The Girl directed by Julian Jarrold, for which he was nominated for an Emmy, Martha and Mary directed by Philip Noyce; as well as BBC’s The Borrowers. He won Best Original Music Score Award at the Canadian Screen Awards in March 2016 for The Book of Negroes – a 2015 miniseries adaptation of the 2007 award-winning novel by Canadian writer Lawrence Hill.