As part of our series profiling contemporary feminist voices in collaboration with Verso, Dr Priyamvada Gopal shares reflections on feminist narratives from a body of research that looks at how Britain’s enslaved and colonial subjects were active agents in their own liberation, and in turn shaped British ideas of freedom and emancipation.

In Insurgent Empire: Anticolonial Resistance and British Dissent Gopal examines a century of dissent on the question of empire and shows how British critics of empire were influenced by rebellions and resistance in the colonies, from the West Indies and East Africa to Egypt and India. In addition, a pivotal role in fomenting resistance was played by anticolonial campaigners based in London, right at the heart of empire.

Presented as part of Feminist Resistance: Strategies for the 21st Century in partnership with Verso in a programme marking their 50th anniversary.

In partnership with Verso, and supported by the Stanley Picker Trust.

Priyamvada Gopal is University Reader in Anglophone and Related Literatures in the Faculty of English and Fellow, Churchill College, University of Cambridge. Her main teaching and research interests are in colonial and postcolonial literature and theory. She regularly contributes to several newspapers and publications, including the Guardian, Independent, New Statesman, Open Democracy, New Humanist, Al Jazeera, The Nation, and Times Literary Supplement, and she is the author of several books including Insurgent Empire Anticolonial Resistance and British Dissent. 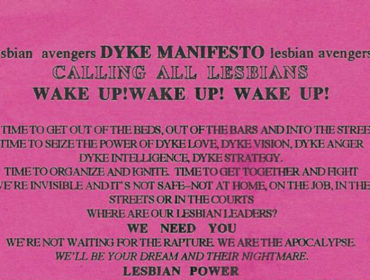 A discussion session and close guided reading led by Lola Olufemi of selected manifestos in this landmark collection spanning four generations of feminist activism and writing.