The New York based curator and founder of Performa offers insights from her ground-breaking career. Championing contemporary artists working with performance since the 1970s, RoseLee Goldberg provides innovative platforms for this medium, which continues to experience a major resurgence.

RoseLee Goldberg, Founding Director and Curator of Performa, is an art historian, critic, and curator whose book Performance Art: From Futurism to the Present, first published in 1979, pioneered the study of performance art. Former Director of the Royal College of Art Gallery in London and Curator at The Kitchen in New York, she is also the author of Performance: Live Art Since 1960 (1998) and Laurie Anderson (2000), and is a frequent contributor to Artforum and other publications. Recent awards and grants include two awards from the International Association of Art Critics (2011), the Agnes Gund Curatorial Award from Independent Curators International (2010), Curatorial Research Fellowship from the Warhol Foundation (2008), and Chevalier of the Order of Arts and Letters from the French Government (2006). She was presented the Yoko Ono Courage Award for the Arts in the fall of 2016. In 2004, she founded Performa, a non-profit arts organization committed to the research, development, and presentation of performance by visual artists from around the world. She launched New York’s first performance biennial, Performa 05 in 2005 and will be launching the seventh biennial, Performa 17 in November 2017. Goldberg is a professor, since 1987, at New York University and is a frequent visiting lecturer at Yale, Brown, Princeton, and Columbia University as well as other major educational and cultural institutions. 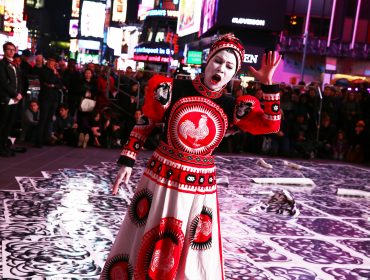 This exhibition is the first opportunity for audiences to access Performa’s remarkable archive outside of New York and marks the global impact of performance in the twenty-first century.