Is there a path between utopian and dystopian visions of future cities? What role can storytelling have in our urban imaginaries? This three-day interdisciplinary programme brings together writers, poets, artists, filmmakers, architects, philosophers, urbanists, curators and academics to search for alternative modes of narrating the future of buildings, housing estates and cities.

Corina Angheloiu is a design strategist, researcher and facilitator in pursuit of ways to foster systemic change and perpetually curious about the role cities can play in enabling this. She is Senior Design Strategist for the global sustainability non-profit Forum for the Future, where she coaches initiatives and organisations tackling complex sustainability challenges – from ocean plastics to urban adaptation. In parallel, she’s a PhD candidate in the Centre for Environmental Policy at Imperial College, where she investigates how design futures method can bridge theory – implementation gaps in urban resilience.

Meneesha Kellay is Curator of Festivals in the Design, Architecture and Digital team at the V&A Museum, London. Previously she ran Open House London, was a Curator at Museum of Architecture and Assistant Director of Night School at the Architectural Association. More recently Meneesha was Public Programmes Curator at the Royal Institute of British Architects where she devised and delivered the cultural programme through talks, installations and exhibitions both in London and internationally. Meneesha has been on the RIBA Architects for Change Advisory Board, was appointed on the 2019 London Festival of Architecture Curation Panel, is a Steering Committee Member for Design Can and is a mentor for the Creative Mentor Network. She has conducted independent projects with the African Architecture Awards and the Baltic Pavilion at the Venice Architecture Biennale 2016.

Sophie Mackintosh was born in South Wales in 1988, and is currently based in London. Her work has been published by Granta, The White Review, The New York Times and The Stinging Fly, among others. Sophie’s debut novel The Water Cure was published in 2018 and long-listed for the 2018 Man Booker Prize. Her second novel Blue Ticket will be published in Spring 2020.

Julian Baggini is the author, co-author or editor of over 20 books including How The World Thinks, The Virtues of the Table, The Ego Trick, Freedom Regained (all Granta) and The Edge of Reason (Yale University Press). He was the founding editor of The Philosophers’ Magazine and has written for numerous newspapers and magazines, as well as for the think tanks The Institute of Public Policy Research, Demos and Counterpoint. He is Academic Director of the Royal institute of Philosophy and an Honorary Research Fellow at the University of Kent. His website is www.microphilosophy.net 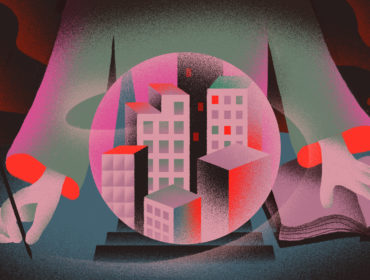 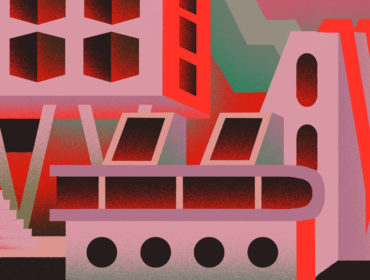 The final day of the symposium includes a free walk in Harlow Town, Essex and screenings, followed by a panel discussion with filmmaker Christopher Ian Smith and writer Alison Irvine, chaired by Theatrum Mundi’s Marta Michalowska.