This event was on Thursday 29 November, 7pm

Join renowned design historian Tanya Harrod, editor of Documents of Contemporary Art: Craft, alongside artist Phyllida Barlow as they explore the social and artistic significance of craft in the twenty first century.

Craft is a contested concept in art history and a vital category through which to understand contemporary art. Through ‘craft’, materials, techniques and tools are investigated and their histories explored in order to reflect on the politics of labour and on the extraordinary complexity of the made world around us.

Documents of Contemporary Art: Craft offers an ethnography of craft, surveying its shape-shifting identities in the context of progressive art and design through writings by artists and makers, and drawing on poetry, fiction, anthropology and sociology. Reflections on new technologies and materials, lost and found worlds of handwork and the politics of work all throw light on ‘craft’ as process, product and ideology.

Tanya Harrod is an independent design historian who lives in London and who writes widely on craft, art and design. She is co-editor of The Journal of Modern Craft and is author of The Crafts in Britain in the Twentieth Century(1999), The Last Sane Man: Michael Cardew (2012) which won the 2013 James Tait Black Memorial Prize for biography, and The Real Thing: Essays on Making in the Modern World (2015).

Phyllida Barlow is a British artist based in London. She represented Great Britain at the Venice Biennale in 2017 and recently unveiled two major commissions, one for Friends of the High Line in New York and the other at Jupiter Artland in Scotland. Recent solo exhibitions include: ‘ARTIST ROOMS’ at Turner Contemporary, Margate (2017); ‘demo’ at Kunsthalle Zürich, Zürich (2016); ‘set’ at the Fruitmarket Gallery, Edinburgh (2015); ‘dock’ the Duveen Commission at Tate Britain, London (2014). In 2011 Barlow became a Royal Academician and in 2015 she was made a CBE for her services to the arts. She will next open a solo exhibition at Hauser & Wirth New York in November 2018 followed by another at the Royal Academy of Arts in February 2019. 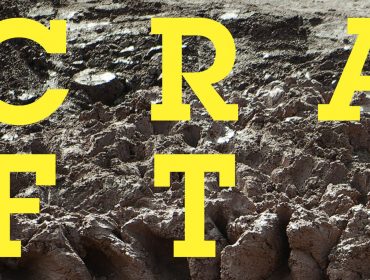