Eva Aridjis: Saint Death and Children of the Street

Aridjis introduces her investigation of the growing Mexican cult of ‘Saint Death’, a female grim reaper worshipped by those with traumatic lives, and follows four children living on Mexico City’s challenging streets in Ninos de la Calle. During the afternoon she will be in conversation with her sister, acclaimed novelist Chloe Aridjis, and Mexican Art Historian and Cultural Theorist Mara Poglovsky, currently teaching at Birkbeck.

In Mexico there is a cult that is rapidly growing- the cult of Saint Death. This female grim reaper, considered a saint by followers but Satanic by the Catholic Church, is worshipped by people whose lives are filled with danger and/or violence- criminals, gang members, transsexuals, sick people, drug addicts and families living in rough neighborhoods. “Saint Death” takes us on a tour of the altars, jails and neighborhoods in Mexico where the saint’s most devoted followers can be found.

“Children of the Street” examines the gritty reality of four children living on the streets of Mexico City. Filmed during September and December of 2001, this dramatic and moving documentary follows Marcos, Erika, Antonio and Juan as they get high, visit their families, and struggle to survive in the world’s largest metropolis.

Eva Aridjis was born in 1974 and grew up in Mexico City. She attended Princeton University, where she received a B.A. in Comparative Literature, and then went into New York University’s M.F.A. program in Film and TV. While there she wrote, directed, and edited four short films: “The Collector” (1996), “Taxidermy: The Art of Imitating Life” (1998), “Billy Twist” (1999), and “The Passenger” (2001). Her shorts have screened at the Sundance, Edinburgh, Huesca, Sao Paulo and Clermont Ferrand film festivals and have won Warner Brothers Pictures Film Production and Screen Gems Awards.

After NYU she made a feature documentary entitled “Children of the Street”, about four street kids living in Mexico City. “Children of the Street” was nominated for 2 Mexican Academy Awards and won the Best Documentary Feature prize at the Morelia International Film Festival in 2003. Eva completed her first narrative feature, “The Favor”, in 2006.

Eva’s second feature documentary, “Saint Death”, is about a religious cult in Mexico. The film is narrated by Gael García Bernal and premiered at the Los Angeles Film Festival in June 2007. The film is being distributed by Seventh Art Releasing and received a prize at the Trieste Latin American Film Festival.

Eva has also directed several music videos, and taught Screenwriting at the Graduate Film and TV department at New York University from 2007-2009. 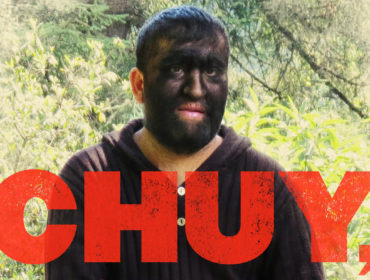 In the first of two programmes of her distinctive documentary essay works on Mexican lives that are disenfranchised, marginalised or discriminated against, Eva Aridjis introduces Chuy Man.