– This event takes place online only

– You can access this event for free through this web page and also on the Whitechapel Gallery’s YouTube Channel, here: https://www.youtube.com/user/whitechapelgallery

– This event is suitable for those over the age of 16

– As the event is more than one hour, we will take regular rest breaks throughout.

– As the event is being live streamed, you can access it from your home if you have access to an internet connection

– The event will be available for replay on this page afterwards, pending speaker consent. 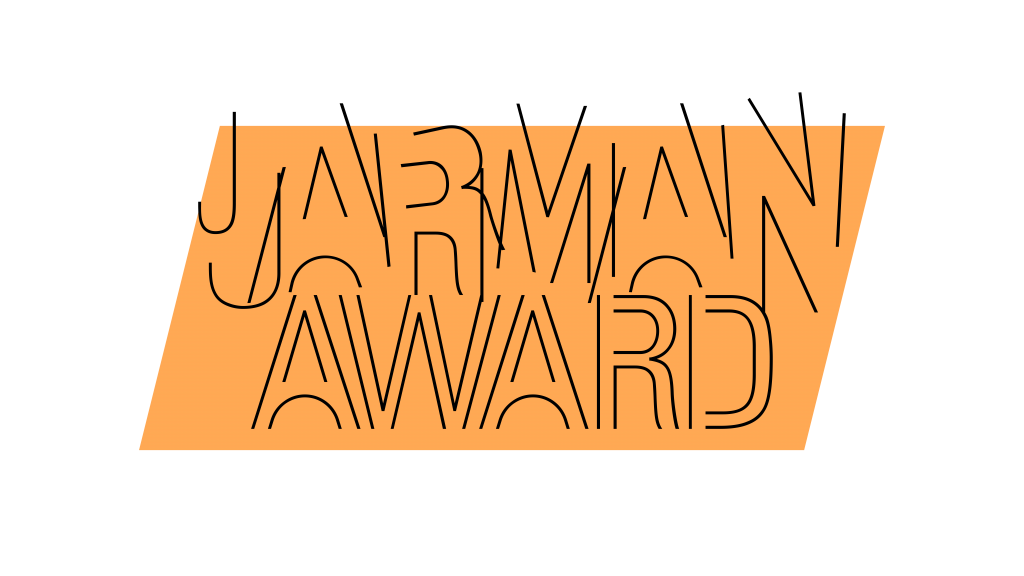 Bringing together the six artists shortlisted for the 2021 Film London Jarman Award – Adham Faramawy, Georgina Starr, Guy Oliver, Jasmina Cibic, Larry Achiampong and Sophia Al-Maria – this weekend gives you the opportunity to view their films alongside a special live online programme that explores their different practices through talks and performances.

We are able to provide closed captioning for the majority of this event and screening programme, many live elements.

Catch up on the events:

Jasmina Cibic is joined in conversation with the curator and writer iLiana Fokianaki to discuss Cibic’s new film The Gift,  exploring its use of ‘historical readymades’.

Guy Oliver presents Renemberence Day, a meandering lecture performance inspired by the artists incorrect pronunciation of the word ‘remember’ when he was a young child, drawing parallels between mispronouncing and misremembering. The lecture discusses popular songs that explore remembering and reminiscing in their titles and evolves into a brief history of memorable moments from The Brit Awards, and moments of protest and transgression on live television. The performance features musical accompaniment from the artist and musician Tom Loffill.

A screening of Larry Achiampong is joined for an in conversation between the artist and the writer Charlotte Jansen about Achiempong’s works The Expulsion and Relic 3 .

Adham Faramawy is in conversation with curator Kostas Stasinopoulos, followed by a poetry reading from writer Nisha Ramayya.

Sophia Al-Maria’s cinematic videos explore, postcolonial identity, imperialism, and counter-histories weaving together music, literature, oral history, film and dance. Her fractured, nonlinear works is often cast against a science fiction backdrop and explores the revision of history, the isolation of individuals through technology, and the corrosive elements of consumerism and industry. Solo exhibitions include Garage, Moscow; Whitechapel Gallery and Whitney Museum New York.

With a practice spanning performance, installation and film, Jasmina Cibic considers how ideologies and cultures are constructed and then framed through mechanisms such as art and architecture. Her work explores the construction of national culture and how it can be used for political aims, and looks at forms of soft power. Jasmina represented Slovenia at the 55th Venice Biennial and has had solo exhibitions at BALTIC, Centre for Contemporary Art, Gateshead.

Adham Faramawy works across a wide variety of media from computer programmes, moving image and apps to print. Their performance for camera videos are often installed as part of sculptural assemblages. The works consider how social issues become entangled with environmental issues. Using movement, poetry, spoken word, and dance they tell stories about consumption, identity construction, the body and the nature of desire. Adham has had a solo exhibition at Bluecoat Liverpool and has screened at both Tate Britain and Tate Modern.

Georgina Starr makes videos, sound and large-scale installation works with a focus on female identity, the otherworldly, and her longstanding interests in the visionary aspects of experimental cinema. Her projects are initiated by extensive periods of research that always involve some form of writing—scripts, fictions, lectures, scores and poetry. Recent solo presentations include Leeds Art Gallery and Glasgow International.

iLiana Fokianaki is a writer and curator based in Athens, Greece. She is the founder of State of Concept Athens, a non-profit institution operating since 2013, and the co-founder of Future Climates, a platform investigating sustainability and precarity of small art institutions and art workers. In 2019, she founded a research grant for Greek women artists above the age of 35.

Charlotte Jansen is a British Sri Lankan writer based in London. Jansen has written extensively on contemporary art for The Guardian, The Financial Times, ELLE, Frieze, The British Journal of Photography, and Artsy among others. She is the former Commissioning Editor of Elephant magazine. She is the author of two books on contemporary photography: Girl on Girl: Art and Photography in the Age of the Female Gaze (LKP) and Photography Now, (Tate/Ilex). Jansen is also the presenter of Dior Talks podcast series, The Female Gaze.

Kostas Stasinopoulos is a curator and writer working at the intersection of art, ecology and identity. He is Assistant Curator, Live Programmes at Serpentine, London, focusing on Back to Earth and General Ecology. He served as Associate Curator at The Stavros Niarchos Foundation Cultural Center and has collaborated with the Whitechapel Gallery, White Cube, Frieze and the Athens Biennale. Kostas received his PhD in History of Art from University of York (2016) funded by the Arts and Humanities Research Council, the Onassis Foundation and NEON. He holds an MA in History of Art from the Courtauld Institute of Art (2011) and a BSc in Biochemistry from Imperial College London (2004). Together with Hans Ulrich Obrist, Artistic Director, Serpentine, he is the co-editor of 140 Artists’ Ideas for Planet Earth (Penguin, 2021).

Nisha Ramayya grew up in Glasgow and now lives in London. Her poetry collection States of the Body Produced by Love (2019) is published by Ignota Books. Recent poems and essays can be found online in CCA Annex, JUF, and Spam Zine; and in print in Wasafiri and Magma. She teaches Creative Writing at Queen Mary University of London.