a Purge Day Out

Featuring a rare appearance from writer Michael Moorcock in conversation with Iain Sinclair, who will launch his latest novel, The Last London; a post-cinema intervention by filmmaker Chris Petit; the debut UK performance of the Frans Zwartjes Sound System (the experimental film-music trio of Mukai / Kilcoyne / Schtinter); Stanley Schtinter’s endless bardo on artist and writer Brion Gysin; a screen of first-kisses by Samira Elagoz; 16mm invocations Cilaos and La Bouche by Camilo Restrepo; the ‘hysterical episodes’ of filmmaker Susu Laroche (Chaos Rule Us); readings by Adelle Stripe, author of Black Teeth and a Brilliant Smile, and Iphgenia Baal, author of Merced Es Benz.

All artists are present for this event and free protective sleeves are available for ticket holders.

Asylum (2000) is a film by Chris Petit and Iain Sinclair. In this clip, specially isolated to mark THE LAST LONDON: A PURGE DAY OUT, writers James Sallis and Chris Petit introduce Michael Moorcock.

Accordion discordant and amorous, from fine artist and front man of the band Ectopia.

The Young And The Willing: Elagoz uses Tinder exclusively to meet boys for their first kiss.

Reading from her new novel, Black Teeth And A Brilliant Smile.

A conversation anchored by the 50th anniversary of Sinclair’s ‘Ah, Sunflower!’ (a film on Allen Ginsberg at the Roundhouse), and ‘The Last London’, Sinclair’s novel calling time on his epic traipsing of a London lost.

Frans Zwartjes Sound System is a Trio comprising Mukai / Kilcoyne / Schtinter established to perform at EYE Filmmuseum in Amsterdam on the occasion of Frans Zwartjes’ 90th birthday. The recording of this performance will be released by purge.xxx on vinyl in 2017.

Susu Laroche is an anagram of Chaos Rule Us. An analogue filmmaker and photographer of Egyptian/French descent, she has exhibited her work at festivals and galleries internationally. Also in September 2017, an extract from a new work will premiere at Wysing Festival, and purge.xxx will publish her deck of tarot cards.

Iphgenia Baal is the author of The Hardy Tree, Gentle Art and Merced Es Benz. She lives and works in London and Los Angeles.

Camilo Restrepo (1975, Medellín, Colombia) has lived and worked in Paris, France since 1999. He is a member of L’Abominable, an artist-run film laboratory. His films have been selected in festivals including Toronto and New York and won the Pardino d’Argento in Locarno twice.

Samira Elagoz (1989, Helsinki) is a Finnish/Egyptian artist currently based in Amsterdam. She graduated as a choreography BA from the Amsterdam University of the Arts in 2016. Her first feature film Craigslist Allstars had it’s premiere at IDFA in 2016 and was nominated in the main competition for best international films at CPH:DOX. In 2017 she was nominated to BNG Bank Nieuwe Theatermakersprijs, prize for most promising young theater maker in the Netherlands (September 2017).

Stanley Schtinter is chief curator of the Museo de la Bomba, and founder of the death cult, @lonely6438.

Chris Petit is an internationally renowned English filmmaker and author whose prolific film career covers 35mm feature films, mainstream television, action and documentary to the avant garde and sustained digital experiment. He is regarded as a leading exponent of the film essay, a status confirmed by major retrospectives in Europe and South America. He is also a critic and the author of six novels, five published in the US.

Ian Sinclair is both a filmmaker and a prolific writer of fiction, poetry and non-fiction. He has become renowned for his depictions of London in both his fiction and documentary work – he co-directed Falconer and London Orbital with Chris Petit. Acclaimed works include: London Orbital, Hackney: That Rose Red Empire, Dining on Stones, Ghost Milk, American Smoke and London Overground. He continues to live in London.

Born in London in 1939, Michael Moorcock is one of the most important figures in British Science Fiction and fantasy literature. The cult author of many literary novels and of an almost endless number of short stories, his novel “Mother London” was shortlisted for the Whitbread Prize. He is perhaps best known for his time spent as the editor of New Worlds magazine (1964-1976) which pushed the boundaries of science-fiction and prompted a literary revolution. He currently splits his time between Texas and Paris.

Adelle Stripe was born in 1976 and grew up in Tadcaster. She is a recipient of the K Blundell Award for Fiction and is shortlisted for the Gordon Burn Prize 2017. Black Teeth and a Brilliant Smile is her debut novel and is inspired by the life and work of Bradford playwright Andrea Dunbar. Adelle is the author of three collections of poetry, the most recent, Dark Corners of the Land, was 3:AM Magazine’s Poetry Book of the Year. Her writing has featured in publications including The Guardian, The Quietus, Caught by the River and Chiron Review. Her poem, The Humber Star, was performed at John Grant’s North Atlantic Flux at Hull City of Culture and was described by the FT as a work of ‘fantastic depth and poignancy.’ She lives in the Calder Valley, West Yorkshire, UK.

Adam Christensen works primarily in video and performance, also writing, music, collaboration, installation and fabric-works. “My art practice is informed by experience and environment as well as the emotional and physical both within myself and those around me. The work draws on elements of biography and theatricality that combine and intertwine with the audience blurring the lines between the artist and viewer, life and fiction. Using an expressionist language sometimes mixed with an economy of material I utilise personal spaces to act as venues and stages for performances that explore the everyday as spectacle and back to the everyday again. I also perform with the music project Ectopia.” 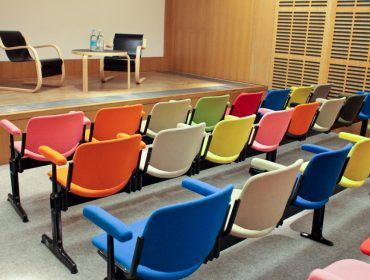 Seismic Ooze: The Future is Not What It Used to Be 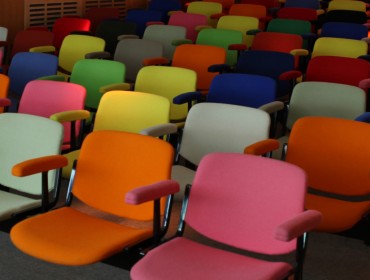 Downside Up: the Liberated Films of Tony Hill