How do composers respond to the way architectures sound? Can composition make history audible, and if so, whose history? Featuring artists Haig Aivazian and Ella Finer, two panels will focus on the acoustics and memories of places, followed by workshops.

Tickets for this event are made freely available through the support of Interfaces.

New Resonances is organised by Theatrum Mundi and the Onassis Cultural Centre, Athens, as part of the INTERFACES project supported by the Creative Europe Program of the European Union.

11.45-13.15 Acoustics
How does new writing respond to the sonic resonances of ex-industrial and infrastructural spaces? How does the design of new spaces for music enable or constrain new music cultures? What are the values in different kinds of acoustic?

14.30-16.00 Memories
How does composition make the past audible? Should music be shaped by histories of sites, or resist and reinvent them? What is the difference between working with personal memory and canonical history, which can often be in conflict with one another?

Laura Cannell performs three short site specific pieces inspired by fragments of medieval music and shaped within the space of the Whitechapel Gallery walls. Wherever we travel each of us brings our own internal playlist and history of music. Inside every performance space or building, we hope that sounds of a performance strike a chord within our physical human framework as well as within the walls in which we listen collectively. We think in sound, speech, pitch, colour, pattern and rhythm. Do our eyes determine our responses to music and the architecture in which we hear it? You are invited to close your eyes.
duration: 15min

Ella Finer and Flora Pitrolo of the collective The International Western present a performance-composition based on the electromagnetic resonances of the Whitechapel Gallery. An experiment in listening to the non-curated sonic dimension of the building and in bringing the building as sonic document into the archive.
Gallery 4, duration: 10min, spaces limited

16.45-17.45 Workroom conversations: on traces / on found spaces
How other artistic practises deal with questions of architectures and geographies? Does site shape dance, sculpture, installation or writing in a similar or different way to its resonance in music? Two smaller conversations between practitioners from different disciplines drawing on Theatrum Mundi’s regular sessions looking at how ideas become form.

Haig Aivazian is an artist living in Beirut. Working across a wide range of media, he delves into the ways in which ideologies embed, affect and move people, objects and architecture. Often departing from known events, and weaving in lesser known narratives, he has explored apparatuses of control and sovereignty at work in sports, finance, museums and music.

Ruth Bernatek is a PhD. candidate in Architectural History & Theory at The Bartlett School of Architecture, University College London. Her research addresses the complex relationships between music and architecture in the ‘Polytope Projects’ (1967-1978), a series of large scale multimedia installations conceived by the composer and architect Iannis Xenakis. Taking an interdisciplinary approach to research, she draws upon her academic background in Art History, and musical training. Ruth is co-founder of Sound Making Space, a Bartlett Doctoral Initiative based at the School of Architecture. Her PhD. is funded by the London Arts and Humanities Partnership and has been generously supported by a Bartlett-CCA Research Collection Grant.

Laura Cannell is a composer and performer who draws on the emotional influences of the landscape both rural and urban, real and imagined. With deconstructed violin bow and double recorders, she performs semi-composed, semi-improvised pieces which explore the spaces between ancient and experimental. Laura has released five critically acclaimed albums since 2014, and is regularly broadcast throughout the world including: BBC Radio 3, 4, 6Music, The World Service, Polish National Radio and NPR. Her albums have featured in many end of year lists including: The Guardian, MOJO, BBC Radio 3’s Late Junction, The Wire and The Quietus

Ella Finer’s work in sound and performance spans writing, composing and curating with a particular interest in how women’s voices take up space; how bodies acoustically disrupt, challenge or change the order of who is allowed to occupy – command – space. Her ongoing project Sound Politics queries the ownership of cultural expression through sound, informing her event series Selector Responder: Sounding out the Archives at the British Library (as part of their Seasons of Sound 2017/18). She is a 2018 Sound and Music Composer-Curator, a trustee of Longplayer (longplayer.org) and artist fellow in the department of Drama, Queen Mary University of London.

Gascia Ouzounian is Associate Professor of Music at the University of Oxford. Her book Stereophonica (forthcoming from MIT Press) examines a range of phenomena in relation to sound and space: space in early modern acoustics; psychological studies of auditory perspective; early stereo and binaural technologies; wartime listening devices; multichannel electroacoustic music; sound installation art; sound and noise mapping; and acoustic urbanism. Ouzounian co-directs the group Recomposing the City, which brings together sound artists, architects and planners in investigating sound in urban environments. She is artistic director of Optophono, a label that publishes interactive music and sound art.

Flora Pitrolo is a cultural critic whose work in music and performance concentrates on archives of experimental European scenes from the 1980s to the present. She broadcasts as A Colder Consciousness on Resonance FM, runs the record label ACC Records, and has written widely on underground performance and electronic music both as an academic and as a journalist. Her most recent large project is the artist book Syxty Sorriso & Altre Storie (Rome: Yard Press, 2017). She is currently co-editing a volume on non-Anglophone disco scenes and running a series of events in collaboration with the Skopje-based cultural association 5060.

Jennifer Walshe was born in Dublin, Ireland. Her music has been commissioned, broadcast and performed all over the world. She has been the recipient of fellowships and prizes from the Foundation for Contemporary Arts, New York; the DAAD Berliner Künstlerprogramm, the Internationales Musikinstitut, Darmstadt and Akademie Schloss Solitude among others. Walshe has written a large number of operas and theatrical works, including XXX_LIVE_NUDE_GIRLS!!! an opera for Barbie dolls, available on DVD from Mere Records and most recently Die Taktik, a commission for the Junge Oper Stuttgart, which completed a month-long run in Stuttgart in 2012. Her visual work has been exhibited most recently in the Chelsea Art Museum, New York; Project Arts Centre, Dublin and the ICA, London. www.milker.org www.aisteach.org 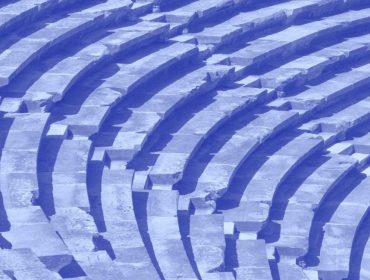 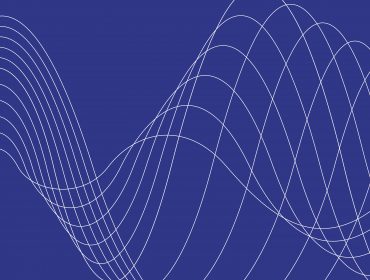