A striking and unconventional portrait of Donna Haraway, whose critical approach to science and technology, including theories of trans-species feminism, has had a profound and lasting impact since the 1980s. Followed by a Q&A with Peggy Pierrot  (Ateliers des Horizons) and Dr Shela Sheikh (Goldsmiths University).

Unfortunately due to unforeseen circumstances, director Fabrizio Terranova will no longer be in attendance at this event.

To coincide with the Tuning Earths symposium, in collaboration with Citizen Sense, Goldsmiths, University of London, and supported by the European Research Council. 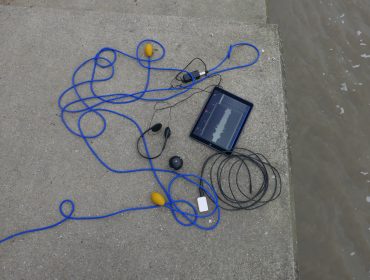 Bringing together practices of citizen participation, environmental politics and computation, this symposium explores how new technologies can both enhance and unsettle our relationship to the earth.

Shela Sheikh teaches in the Department of Media and Communications at Goldsmiths (University of London), where she convenes the MA Postcolonial Culture and Global Policy and the PhD Cultural Studies. She lectures and publishes internationally. She is currently working on a multi-platform research project around colonialism, botany and the politics of planting. As part of this, she is co-editing, with Ros Gray, a special issue of Third Text entitled “The Wretched Earth: Botanical Conflicts and Artistic Interventions” (Spring 2018).

Peggy Pierrot is a webmaster, researcher, journalist and activist living in Brussels and currently head of pedagogy and tutor of the Ateliers des Horizons (formerly known as Ecole du Magasin, Grenoble, France). She works mainly in Brussels with different associations, educational or research structures including apass.be and constant vzw. Her favorite tools are human sciences and free software. She gives lectures and workshops on Afro-Atlantic cultures and literatures, science fiction, writing, radio creation, media, technology and software studies.