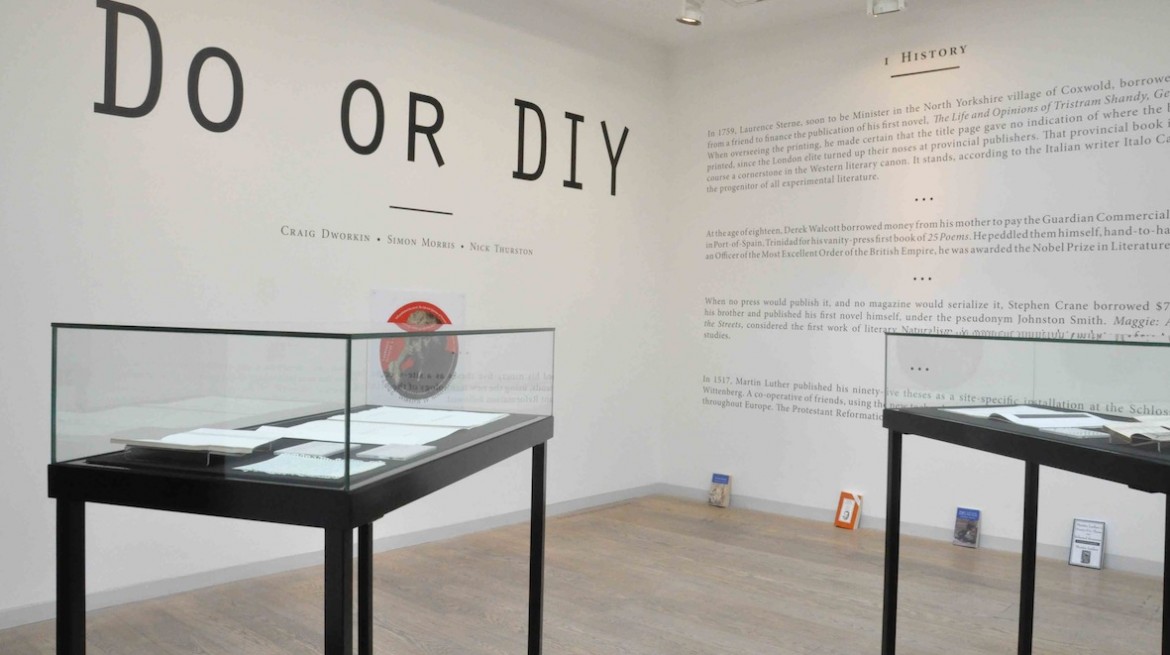 Each year the Whitechapel Gallery invites a writer to curate a programme of events, considering writing as art and writing as a lens through which to experience art – unfolding as a platform for experimentation and discussion.

From 9 March–15 April 2012, former Writers in Residence information as material presented Do or DIY: a collection of artefacts and anecdotes recounting how celebrated authors including Marcel Proust, Gertrude Stein and Virginia Woolf self-published their work, sometimes out of necessity and sometimes out of choice.

Previous Writers in Residence Maria Fusco and Sally O’Reilly presented projects from 19 April–10 June 2012. Fusco interrogates how and where writing is heard with a new sound work featuring extracts from her novel Sailor, which is narrated by a vervet monkey in Belfast vernacular. O’Reilly’s video essays meanwhile, examine writerly modes and methods; she also be faxed the gallery space with regular updates and rewrites of Crude, a novel in progress about public speaking, flirting and oil.

Do or DIY was supported by Arts Council England.

Image: Trevor Hickman, 1967. A recreation of the first ever representation of a printing office and bookseller, which was a woodcut by Mathias Huss from 1499.