In times of volatile life conditions and the possibility of haptic and corporal sociability, the new virus didn’t just threaten the body but also modes of communication, behaviour, movement, worry, love and care. Neda Kovinić (b. 1975, Serbia) is using her dance and visual practice to warn us of the rhythm of the world that gobbles everything in its path leaving nothing in its wake.

Together Apart is a dance-narrative performance that confronts both the participants and the public with the (in)ability of performing and communicating in the times of pandemic culture. How are we supposed to practice togetherness and care through dance now when physical distancing is the ultimate performance? How can an interactive art process, which implies the practice of togetherness, palpable and corporal, not only virtual, be possible in the world of the pandemic? 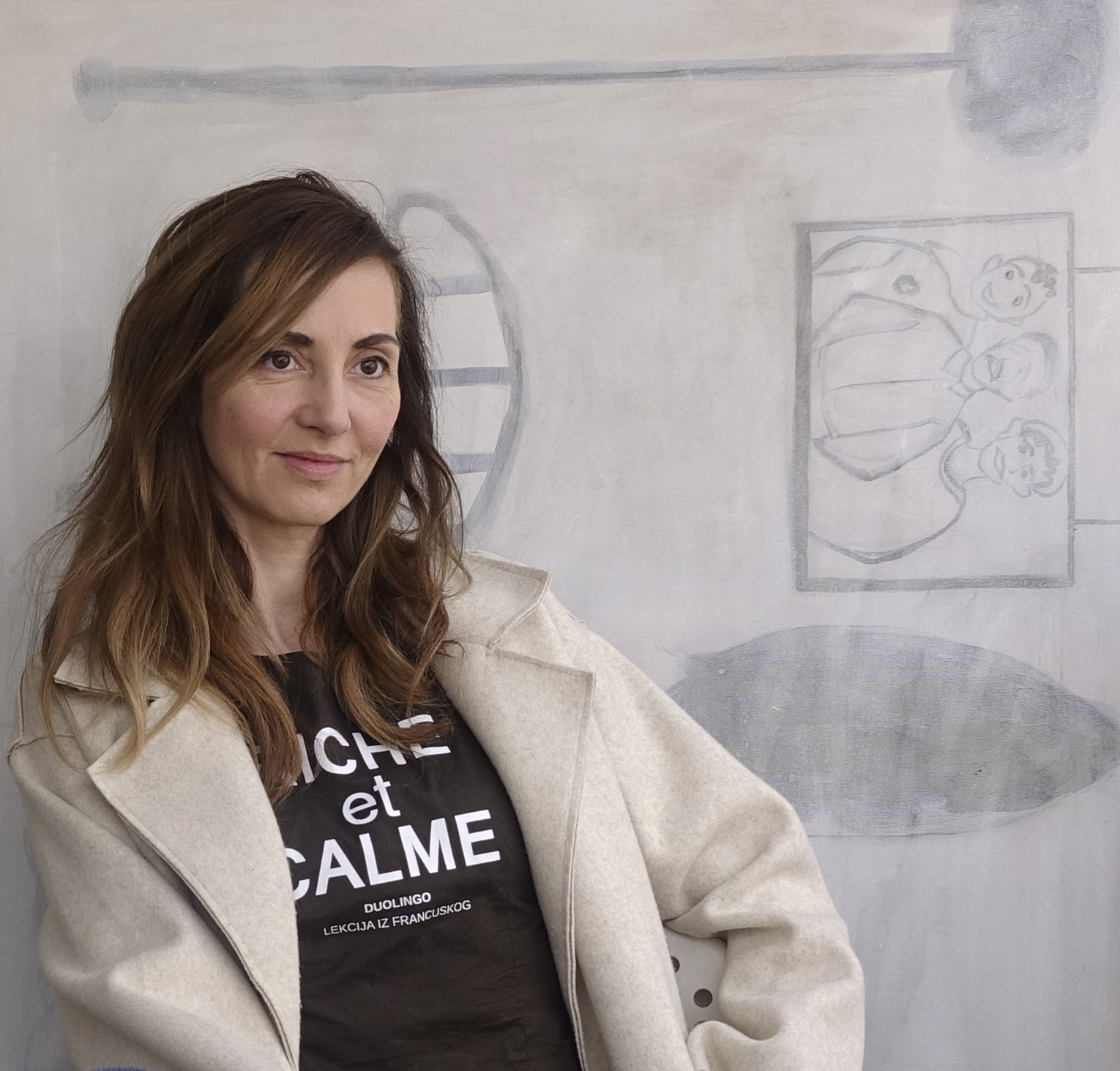 I am from Belgrade, Serbia. My interests in moving image work came from exploring the great movie authors (Antonioni, Godard…), screened everyday in the cinemas during the war time in former Yugoslavia, in the nineties. The videos by conceptual artists from the seventies and many contemporary alternative experimental film festivals triggered my interests to this media. The camera appears as a “partner in crime” in my dance performative practice.

I was inspired by the thoughts on pandemic, disaster-capitalism, body-politics, and care by P. B. Preciado, Pavle Levi, Sylvia Federici and Naoimi Klein, and by the various statements I collected from everyday speech of my friends, lovers, cousins, neighbours and social media. I connected these verbal, theoretical and poetic observations with body movements. The dancers I worked with faced the difficulties of dancing in the public space and doing contact improvisation because of constant changes of the measures of social and corporal distancing. The expressive narration in the video culminates in a choreographed movement “knee-on-neck”. The repression of the ruling structures raises the question of whether the immunised society, which is now being sought, represents a danger to the survival of art, sociability and even human beings.

Currently I am working as an artist-curator of the large exhibition of the Association of Visual Artists of Serbia. I am also making new video research on the topic of loneliness and togetherness. I am exploring the compositions of the dancers in the deserted urban spaces, abandoned industrial zones and emptied tourist resorts… I am also preparing the first animated video of my drawings with imaginary choreographies, reflecting on the current impossibility of the collective projects in real spaces of the urbanscape and ongoing virtualisation of artistic labour.

Neda Kovinić graduated in fine arts from the Faculty of Fine Arts and interior design at the Faculty of the Applied Arts in Belgrade. She holds a PhD at the Faculty of Fine Arts in Belgrade, Department of Multimedia. Since 1996, she has been exhibiting in solo and group exhibitions in Serbia and abroad. She creates ambient and conceptual installations and in recent projects has been trying to grapple with multiple temporalities and the space of global capitalism – from the neoliberal to the conservative, the retro-local and the national.  She explores types of escapism in artificial autonomies, the space of escape and retreat, especially in former the Yugoslavia after the wars and the rise of nationalism.

Her latest research is based on creating networks between artists of conceptual dance and various nationalities, dance backgrounds and age, in order to create the practice of togetherness, and the exploration of social, political and art-political issues.