In Patty Chang’s (b.1972, USA) Invocation for a Wandering Lake: Part 1 & 2 (2016), the lifeless body of a whale floats off the coast of Newfoundland’s Fogo Islands, a former fishing hub. The artist is seen meditatively washing the deceased animal. With similar attention, she scrubs the shell of an abandoned ship in the desert of Muynak, Uzbekistan, a defunct seaport on the receded Aral Sea affording rituals of care to non-human entities. 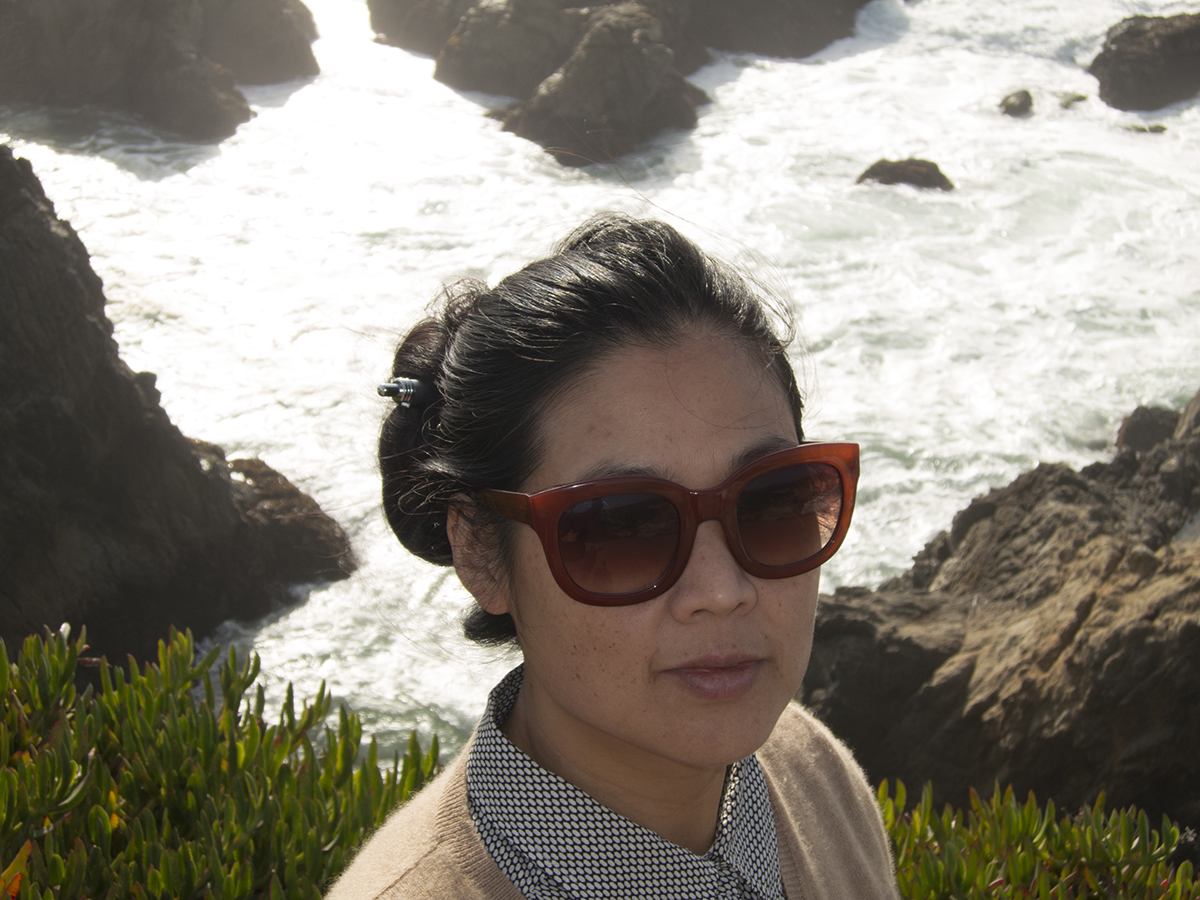 I was born in California, US. I began by working in live performance and when I had access to video cameras, I started using video.

When I was in Newfoundland, I heard there was a beached whale not far from where I was staying. When I saw the whale corpse in the water, I felt very overwhelmed by sadness.  I felt that I needed to do something about it and decided I wanted to wash the whale’s body. I bought a sponge and waders at the local department store and went into the cold water to try and wash it. A few years later when I was working near the Aral Sea in Uzbekistan, I saw a fishing boat moored in the sand. The sea had shrunk and the boat was in the desert. I felt a similar feeling of loss for the boat and the past, and decided to wash it as well.

I am installing a 5-channel video installation at Pioneer Works in Brooklyn NY called Milk Debt. The work is a multi-part video project consisting of videos of lactating women pumping their breast milk as they recite lists of fears drawn from multiple communities across different geographical regions.

I am also working on a collaborative project thinking about endings and climate change by thinking about necropsy with Astrida and Aleksija Neimanis.