Polina Kanis (b. 1985, Saint Petersburg) explores a utopian vision of political and ecological symbiosis based on the Friendship Tree developed in 1934 by a Soviet scientist out of hundreds of grafts of citrus varieties donated by different countries. The Friendship Tree (2021) of today imagines how to equip ourselves with new tools and new ways of relating to the planet. 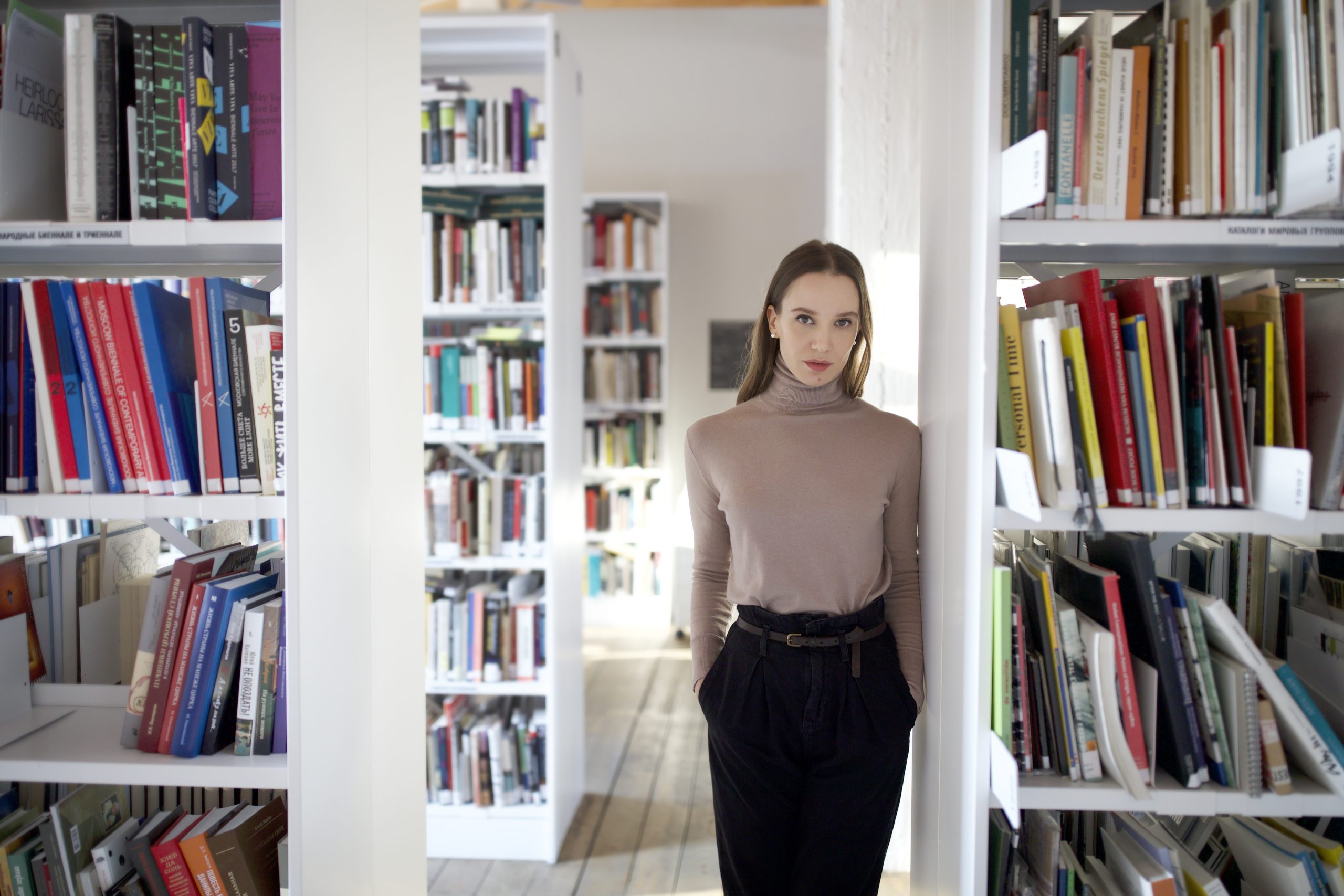 I am from St. Petersburg, moved to Moscow and now I’m based in the Netherlands. I have graduated from Rodchenko Art School majoring in Moving Image, though I have started studying photography. I have realised that moving image is a more challenging medium for me and allows me to develop the potential of my projects further. I can’t say I only work with moving image, though it always stays a significant element of my projects.

What inspired you to make the work?

In order to resist the prevailing structures, resistance itself must be interrogated. Challenging the notion of ‘action’ and ‘resistance’ is prerogative to reorient the definition of dissent. Rather than buying into the dichotomy of ‘to act’ or to remain ‘passive’ a new space must be forged. Responding to my ongoing work with ‘the non-event’, an un-suspenseful stasis, my proposed artistic work is a Toothless Resistance.

One of many starting points to this project is The Friendship Tree in the Tsentralny City District of Sochi, southern Russia, which symbolises the context of failed global utopia. 167 nation states are represented by donated sprigs of citrus trees that have been grafted together to form one monstrous, artificial whole. This “living symbol” of global unity is human-centric with no consideration of the process from the position of the tree itself. How can this tree be sensed in order to transition from one planetary gaze to another? I found it an important case for reconsideration of the resistance and the dichotomy of the ‘action’ and ‘resistance’.

At the moment I continue to work on the Toothless Resistance project and its next part which will be shown at the end of 2021.

Polina Kanis was born in 1985 in Leningrad and graduated from the Rodchenko Art School, Moscow, in 2011. That same year she was awarded the Kandinsky Art Prize in the Best Young Artist category. In 2016 Kanis received the Sergey Kuryokhin Award in the Media Object category. Her work has been featured in numerous solo and group exhibitions, film festivals and screenings, including a solo show in Haus der Kunst Munich (2017), VISIO program in Palazzo Strozzi in Florence (2019), the parallel program of Manifesta 10, the 2015 edition of the Ural Industrial Biennial of Contemporary Art, Garage museum of Contemporary Art (2014, 2018), VI Moscow International Biennale for Young Art (2015), Moscow International Experimental Film Festival (2016,2018), Hamburg Short Film Festival (2019) and many others. Polina Kanis is based in Amsterdam, the Netherlands.