Paulina Olowska reveals the true nature of a gallery as a travel bureau, where works of art are portals into myriad destinations imagined by artists.

Her installation of works from the Christen Sveaas Art Foundation is inspired by Orbis, the largest and longest running travel agency in Poland. Founded in 1920, its offices, staff and famously alluring posters offered prospective travellers a dream of escape. Olowska thinks of painting as ‘a beautiful metaphor for travel itself, a longing for a place.’

Some works in this display, such as Rodney Graham’s bed-bound newspaper reader imagine only the possibility of travel, while others such as Brian Alfred’s collage of the iconic Hollywood sign picture a horizon of desire. Marina Abramović riding a white stallion, or Pierre et Gilles dressed as cosmonauts are among those artists who have already set off on their journey. Idyllic and fantastical destinations include the plein air paintings of the Norwegian countryside by Thore Heramb and Oluf Wold-Torne; Rosson Crow’s epic Californian desertscape, populated with electric pink cacti; and Hurvin Anderson’s sun parasols redolent of white sandy beaches. There is also the pure joy of arrival with Berta Fischer’s exuberant Plexiglas floating off the wall; or the darkness of disorientation with Caragh Thuring’s surreal nightscape. An interview with Olowska and images of every work can be found in The Travel Bureau catalogue available from the bookshop.

Christen Sveaas is a Norwegian businessman, collector and philanthropist who has collected art and antique silver for more than 40 years. He began his art collection with late 19th century and early 20th century Norwegian artists including Johan Christian Dahl, Edvard Munch and Harald Sohlberg. In the early 1990s he was introduced to the work of Howard Hodgkin which inspired him to start collecting international contemporary artists. The collection’s focus is primarily painting with some sculpture and photography and is made up of more than 2000 works of art by over 300 artists. In 1996 Christen Sveaas founded the Kistefos Museum on the grounds of his grandfather Anders Sveaas’ old wood pulp mill at Jevnaker, north of Oslo. The wood pulp mill was active from 1889 until 1955 but is still intact. The museum has one of the most important sculpture parks in Europe, an industrial museum and two exhibition spaces for contemporary art. The museum building, The Twist, which straddles the river that divides the park was designed by BIG – Bjarke Ingels Group architects, opened in 2019. The same year, Christen Sveaas established the Christen Sveaas Art Foundation which the following year received some 800 works of art from his personal collection to be made available to Kistefos as well as other Norwegian and international museums.

Paulina Olowska (b.1976, Gdansk, Poland) lives and works in Rabka-Zdroj in Poland. Like the 20th century European avant-gardes, she embraces all aspects of the arts from painting to graphics, fashion, stage and costume design, performance and activism; she even co-founded and designed an artist’s bar. Her monumental figurative paintings often feature modern women in magazine style poses against backdrops of utopian scenarios. ‘I like to use fashion in artworks as a tool to speak about past ideologies and allude to different movements and moments in history.’ Past exhibitions have included “Destroyed Woman”, 2019, Simon Lee Gallery, London, UK and her recent solo show “Haus Proud” opened at Metro Pictures, New York in November 2021. 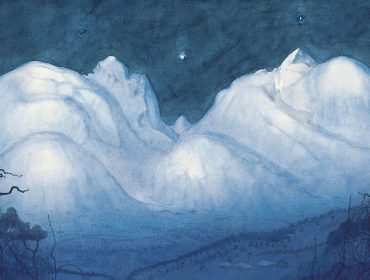