Torn posters, sack-cloth and graffiti cover screens in a dark basement, while the taped sound of sirens and street traffic noises blast an assembled Liverpool crowd. City event took place in 1962 and was the first ‘Happening’ staged by artist and poet Adrian Henri (1932–2000).

Inspired by Henri’s interdisciplinary spirit, a season of art, poetry and music reflecting on the experience of the city comes to Whitechapel Gallery this spring. Musician Thurston Moore and arts editor Eva Prinz curate three evenings of experimental performance from today’s leading poets and musicians. The season is titled ‘City Poems and City Music’, after an exhibition that took place at the Gallery in 1975, featuring Henri and his peers.

Alongside will be a display of related material from Henri’s archive as well as recordings of the 1960s pop poetry band The Liverpool Scene (1967–70), which he fronted. The exhibition is curated by art historian Catherine Marcangeli and reveals Henri’s continual interest in the patterns, sounds and occasional violence of urban experience. Moore will be in residence during the exhibition, remixing audio recordings from the archive. 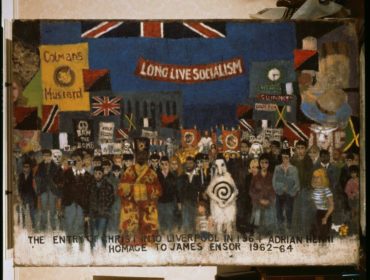 An extended tour of this extraordinary collection of material from Adrian Henri‘s archive by its curator, Catherine Marcangeli. The show looks at the rise of The Liverpool Scene and beat poets in the U.K. in the 1960s and 70s. 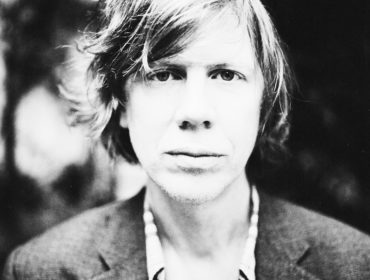 The third and final in our season of experimental performance inspired by artist and poet Adrian Henri, featuring Thurston Moore and his band, alongside Fast Speaking Music (Anne Waldman, Ambrose Bye and Devin Waldman) and poetry readings.