Eduardo Paolozzi (1924-2005) was one of the most innovative and irreverent artists of the 20th century. Considered the ‘godfather of Pop Art’, his collages, sculptures and prints challenged artistic convention, from the 1950s through to the Swinging Sixties and advent of ‘Cool Britannia’ in the 1990s.

This major Eduardo Paolozzi retrospective spans five decades and features over 250 works; from the artist’s post-War bronzes, revolutionary screen-prints and collages, to his bold textiles and fashion designs.

Alongside Paolozzi’s early brutalist concrete sculptures, highlights include material from his groundbreaking performance lecture Bunk! (1952), his large-scale Whitworth Tapestry (1967) and the iconic sculpture Diana as an Engine (1963).

Eduardo Paolozzi (1924–2005) was one of Britain’s most influential post-war artists. He received many national and international accolades – from being chosen to exhibit in the British Pavilion at the Venice Biennale (1952, 1954, 1960, 1964, 1968) and documenta (1959, 1964, 1968, 1977), to being decorated with a Knighthood in 1989 following his appointment as Her Majesty’s Sculptor in Ordinary for Scotland. His works are collected in international institutions from Tate in London to Berlin’s Nationalgalerie and the Museum of Modern Art in New York.

Paolozzi played a significant role in art education, holding posts as Tutor for Textile Design at the Central School of Arts and Crafts in London (1949 – 1955); visiting Professor at the Hamburg Hochschule für Bildende Künste (1960 -1962); Tutor for Ceramics at the Royal College of Art (1968 -1989); Lecturer for Ceramics at the Fachhochschule Cologne (1977 – 1981); and finally as Professor for Sculpture at the Academy of Arts in Munich (1981 – 1991). 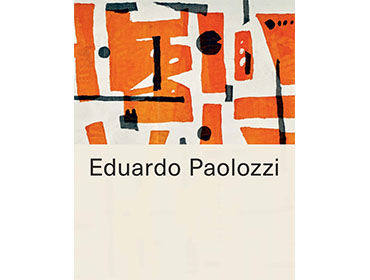 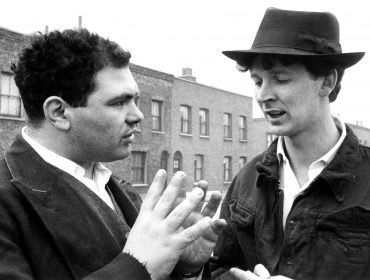 A rare screening of Lorenza Mazetti’s Together (1956) featuring Eduardo Paolozzi. The film is a unique portrayal of working class life in post-war East London. Introduced by Brighid Lowe.

Become a Member
From only £30. Get unlimited free access to ticketed exhibitions, 50% off events and other great discounts throughout the Gallery.