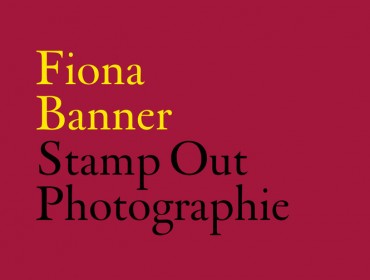 Renowned for exploring the visual possibilities of language, British artist Fiona Banner (b.1966) chooses works of art from the V-A-C collection, Moscow, as part of the Whitechapel Gallery’s programme opening up rarely seen collections from around the world.

The display explores the blurred lines between language, photography and painting and includes Gerhard Richter’s Kerze (1982), a hyper realistic painting of a single, glowing candle famously used as the cover of Sonic Youth’s 1988 album Daydream Nation. While Andy Warhol’s Jackie (1964) based on photographs of Jackie Kennedy Onassis is shown alongside Stretch (1964), an optical black & white painting by Bridget Riley which appears to shift and vibrate.

Banner has devised an installation which reveals but also conceals the image. Rejecting conventional gallery lighting, instead she uses coloured light which flows gently through Cyan, Magenta, Yellow and Black in a direct reference to the CMYK system commonly used for printing images. She says:

“I want to make a theatre for the works to act in. It is a play on the act of looking, on our perception.”

The Whitechapel Gallery’s programme of collection displays is supported by Hiscox.