Painting in the New Millennium

★★★★★ – The Up Coming, ‘Together, these paintings provide a comprehensive overview of some of the best work on canvas being produced today, offering a powerful argument that figurative representation can be a radical act.‘

★★★★ – The Telegraph, ‘a thoroughly intoxicating reminder that painting is alive and well.‘

★★★★ – Morning Star, ‘Painting, as evidenced by this engrossing exhibition and contrary to rumours, is in rather rude health and appears immunised against the impact of dodgy influencers, commercial fads or corporate kisses of death.‘

Since painting was pronounced dead in the 1980s, a new generation of artists has been revitalising the expressive potential of figuration. Charging their vibrant canvases with a social and political undertow, they echo the words of Philip Guston: ‘I got sick and tired of all that Purity. I wanted to tell stories’.

The paintings of Daniel Richter (b. 1962, Germany) draw from current events – the migrant crisis or Taliban mythology – as do Michael Armitage’s (b. 1984, Kenya) narratives of politics and violence in East Africa, equivocally conveyed in the lush, exoticised style of Gauguin. The rollicking surfaces of Cecily Brown’s (b. 1969, UK) canvases congeal into figures, whose sources range from pornography to art history, before dissolving back into painterly marks.

Nicole Eisenman’s (b. 1965, France) protagonists occupy a brightly lit universe that is both dream and nightmare, while Dana Schutz’s (b. 1976, USA) contorted figures give form to unconscious drives. Tala Madani’s (b. 1981, Iran) primal fantasies of abject men and children shift from comedy to debasement, from paint to shit. Sanya Kantarovsky (b. 1982, Russia) and Ryan Mosley (b. 1980, UK) look to art history, literature and children’s stories in their darkly humorous and carnivalesque scenes.

Artists also critique from within or expand on the styles and subjects of canonical male painters. In Christina Quarles’s (b. 1985, USA) canvases, groups of polymorphous nudes are intimately entwined, merging with graphically patterned surfaces. Tschabalala Self (b. 1990, USA) pieces together paint, fabric and print for a cast of characters inspired by the streets of Harlem. Exuberant and explicit, each artist revels in the expressive potential of paint. 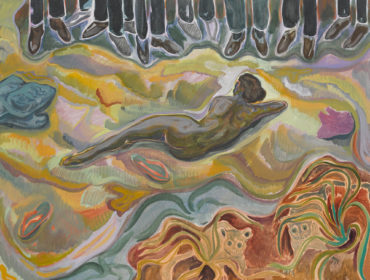 Artists Michael Armitage, Ryan Mosley and Tschabalala Self are in conversation with Whitechapel Gallery Chief Curator Lydia Yee to discuss their work in the context of our latest exhibition Radical Figures: Painting in the New Millennium. 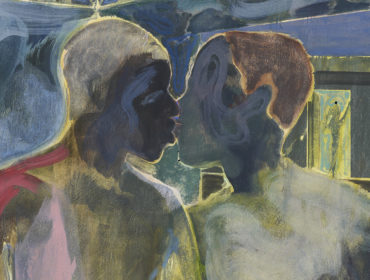 Can we all be beautiful? Beauty, power and access. 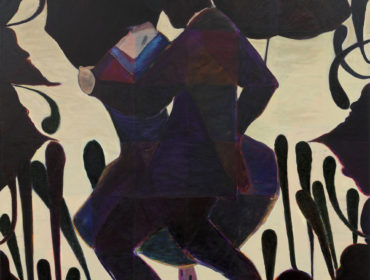 Explore the exhibition with an introduction and personal response by John Wilson in British Sign Language.

For d/Deaf and hard of hearing visitors. 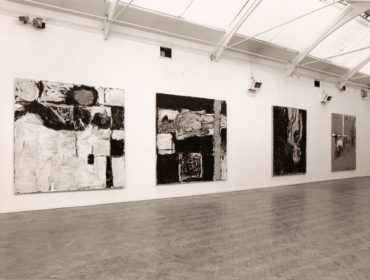