On encountering an exquisitely rendered glass jellyfish and other invertebrates by Leopold and Rudolf Blaschka in the Natural History Museum at Harvard University in 1998, Dutch art collector George Loudon began an extraordinary collection of scientific objects. These 19th century teaching models and illustrations were created for handling and contemplation in the pursuit of knowledge of the natural world.

Whitechapel Gallery invites Salvatore Arancio (b. 1974, Italy) to select from and respond to the collection in an exhibition that stages the objects in dialogue with the artist’s own works. Arancio is renowned for his fantastical prints and ceramics that erupt in vividly chromatic biomorphic forms. He has devised a surreal scenography filled with sound, light and his own ceramic sculptures. They are juxtaposed with scientific objects to create startling hybrids and poetic narratives including a 19th century treatise on the shape and colour of human souls. A film with a new soundtrack by The Focus Group musician Julian House takes nature documentaries as its starting point.

Inner and outer worlds are brought together in an installation that illuminates a rare collection devoted to exploring and understanding the mysteries of nature and existence through scientific enquiry. 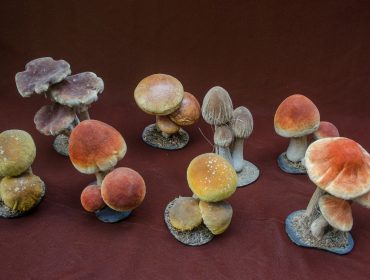 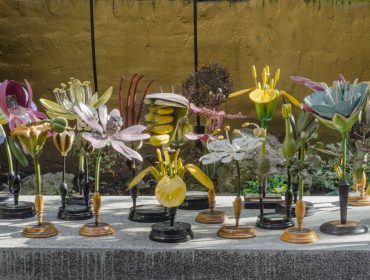 A guided tour by collector George Loudon through his own collection, alongside artist Salvatore Arancio.