The Past Was A Mirage I Had Left Far Behind

The Bloomberg Commission
Josiah McElheny: The Past Was A Mirage I Had Left Far Behind

American sculptor Josiah McElheny (b.1966) transforms the Gallery into a kaleidoscopic hall of mirrors. Seven large-scale mirrored sculptures are arranged as multiple reflective screens on which he projects reconfigured abstract films.

McElheny is inspired by the history of Gallery 2, once a library reading room. Founded in 1896 to bring enlightenment values to impoverished Londoners, it became a crucible for the founding of British Modernism in the 1900s by émigré artists and intellectuals. McElheny gives a 21st century expression to this historic movement, plunging the viewer into a light-filled kinetic zone of geometric forms, biomorphic shapes and radiant colours.

Karl Hyde, one of the founders and member of the electronic music group Underworld and the design collective Tomato, selects this season’s abstract films. A highlight of Hyde’s selection includes experimental early films by Underworld and Tomato and a series of historic abstract films which have inspired and influenced his own work.

The Bloomberg Commission invites an international artist to create an annual site-specific artwork inspired by the rich history of the former library. Bloomberg’s support reflects its commitment to innovation, and its ongoing efforts to expand access to art, science and the humanities. Additional support provided by the Wingate Scholarships. With thanks to the White Cube.

Images: The Bloomberg Commission: Josiah McElheny: The Past Was A Mirage I Had Left Far Behind. Photographs by Todd-White Art Photography 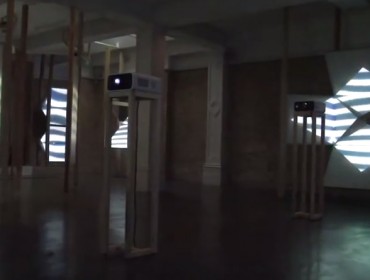 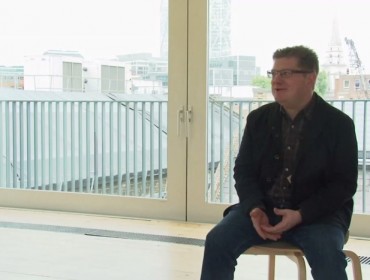