Cosmology, suburbia, nudity, utopianism, catastrophe – these are some of the subjects that Thomas Ruff (b. 1958, Germany) addresses in his photographic series, which for almost four decades have investigated the status of the image in contemporary culture. This exhibition will draw from the full range of Ruff’s output: from his acclaimed Portraits – passport-style portraits, reproduced on a huge scale and revealing every surface detail of their subjects, to his most recent press++ photographs, drawing on newspaper archives from the era of the space race and Hollywood starlets.

Please note that this exhibition contains some nudity.

Born in 1958 in Zell am Harmersbach, Germany, Thomas Ruff attended the renowned Staatliche Kunstakademie in Düsseldorf from 1977 to 1985. Thomas has been the subject of numerous solo exhibitions internationally, including recently Object Relations at the Art Gallery of Ontario in Toronto, a survey at the National Museum of Modern Art, Tokyo and 21st Century Museum of Contemporary Art, Kanazawa both also in 2016 and Thomas Ruff: Lichten at the Stedelijk Museum voor Actuele Kunst (S.M.A.K.) in Ghent in 2014. Ruff was recently selected as a finalist for the Prix Pictet photography award. He lives and works in Düsseldorf. 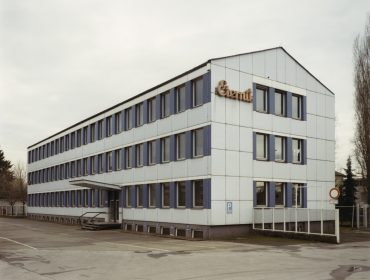 To coincide with the opening of the Thomas Ruff exhibition at Whitechapel Gallery, a focused selection of Ruff’s acclaimed, monumental portraits of the late 1980s will also go on display as an intervention at the National Portrait Gallery.