More in Eternal Life: The thin line between life and death 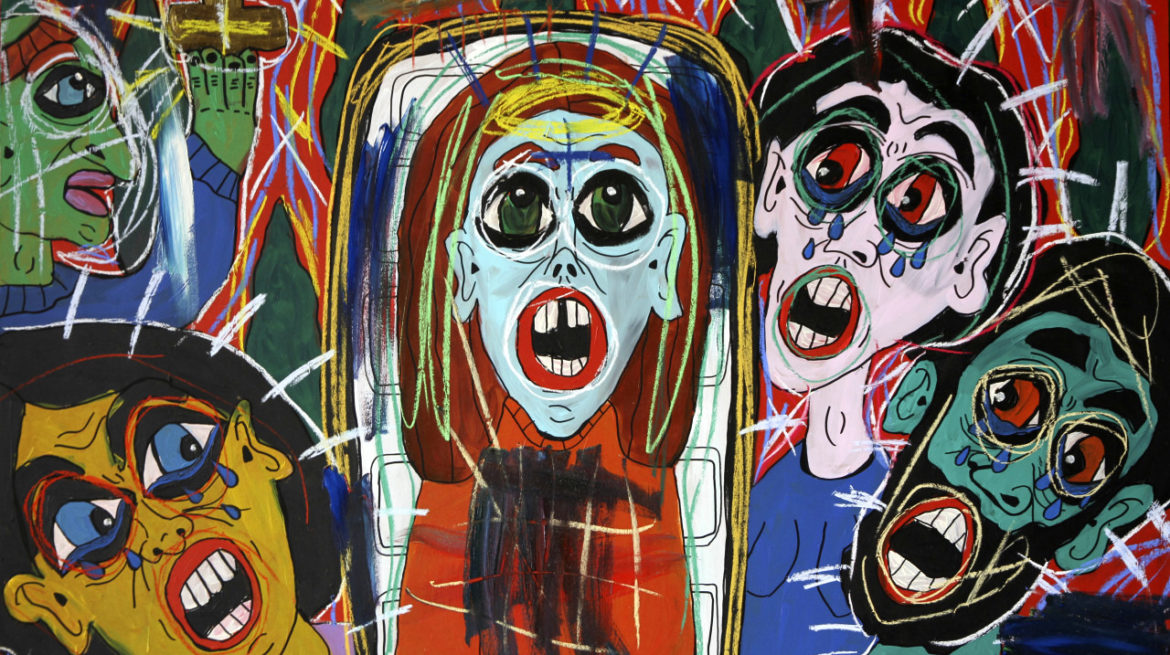 Eternal Life: The thin line between life and death

Ana Pallares painted her own burial at the age of nineteen. In this dramatic scene, she included her family: her mother, her father, her sister…all of them screaming in a terrifying choir of deep sorrow, the priest in the background rolling his eyes up to the cross and the invisible God above.

Death has been the most present and important theme in Ana’s paintings since then, a subject that we have often discussed in our conversations. She also talks about it as if it was her closest friend: it is simply always present. Perhaps because I fear it so much, I need to paint it, I need to talk to her, and she has become my reason for painting because when I die, my paintings will remain and I won’t be forgotten’.

The recent death of her grandmother triggered a shift in the way of perceiving and understanding this reality as the greatest symbol of life: without death there is no life.

This exhibition is a tribute to her grandmother and her final gift to Ana: a dying old woman who was able to listen to her granddaughter’s anguishes and dilemmas with total respect, without judgement and full comprehension towards her controversial way of life, decisions and conflicts. But it is also a reflection about the different ways that, through time, she has been openly confronting this Taboo that often provokes unwanted emotions among viewers and her own fellows. She seems to have been initiated by her grandmother into the acceptance and curiosity about how to grow learning the right way to die. So if during the last years works, some of them included in the ground floor of the gallery, she has been keeping dialogues with dead idols or archetypes of her own mythical world (Van Gogh, Virginia Woolf, Kurt Cobain, Basquiat, Amy Winehouse…), heroes whose death was part of her own rebellion as outsiders and therefore guides of her troubled mind. In her new body of work which hangs in the gallery basement, Ana is developing the embrace of death and her unknown passage with the maturity of the initiated coming out from the deep passages of Hades and resurrected with an opener and clearer vision of life itself.

With an exceptional maturity for a twenty-five-year-old, who openly expresses her conversations with ancient archetypal characters and her fearless honesty when confronting her anguishes hand in hand with a charming sense of humor, Ana Pallares is armed with an unstoppable force that brings out from the deep core of her life’s nightmares the wild river of her creations.

As her curator and representative in London, what I consider the most important value of her practice is the plain honestly that enables her to express whatever is in her mind, or whatever she feels, and that – combined with a natural capacity to condense the overwhelming number of symbols, details, colors, concepts… surrounding and vibrating as in a dance the character or theme portrayed – constitute an irresistible power that is recognized by the unconscious of all kinds of audiences.

After recovering from that, her first big crisis of ‘The Burial of My Youth’, she wrote: ‘I feel brave walking between being and not being, challenging the existence in the best way I can, creating other lives/realities…and provoking the Gods and all of those who enjoy something that we can never have: Eternal Life.’

Today, she believes that the Eternal is precisely the Life that we possess, perhaps quite often entangled in the web of many realities around us.

Late opening with the artist and curator

Getting to: Hundred Years Gallery 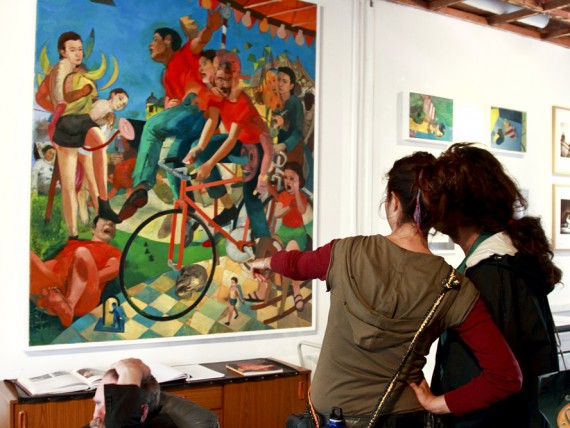