More in Givin u coy givin u smize

Givin u coy givin u smize

Ciarska paints a girl entering the gallery, taking pictures on their smartphone. The camera flips into selfie mode and they see their own eye. Their eye is like a convex mirror in an old painting. A thumb blocks the view from their smartphone screen. It blocks your eye like a moon.

Givin u coy givin u smize is an Instagram post by Mica. Their thumb is nearer to them than their phone screen and, for a split second, stops as they give face. Their scrolling is a doubling over, like polymer clay, and turns the screen for a split second into a cast of your hand.

Some odd objects by the French art/music collective Salut C’est Cool turn the gallery into a soft world in hard pictures. Their thumb presses so firmly on their phone that the screen cracks and the apps become a dark mass. Although this doesn’t happen. Your thumb is pig-headed.

iMT Gallery presents Givin u coy givin u smize from their smartphone screen. Fragments of paint flake off the convex mirror of an old painting. Their thumb is doubling over like polymer clay. Your eye is a dark mass.

Your eye is like a convex mirror in an old painting. Your eye lets out an inner life. Your fingers press into the sides of the phone. Confusion! The phone twists, doubling over like polymer clay. Turns out that the apps are not made of light but are painted onto the phone in acrylic. Squeezing, pressing, and they crack open, flakes of paint moving like the crust of the Earth. You can squeeze so tightly that the whole world is crushed into a cast of your hand.

Getting to: IMT Gallery

They are a 1 minute walk from Cambridge Heath railway station and 6 minutes from Bethnal Green station. 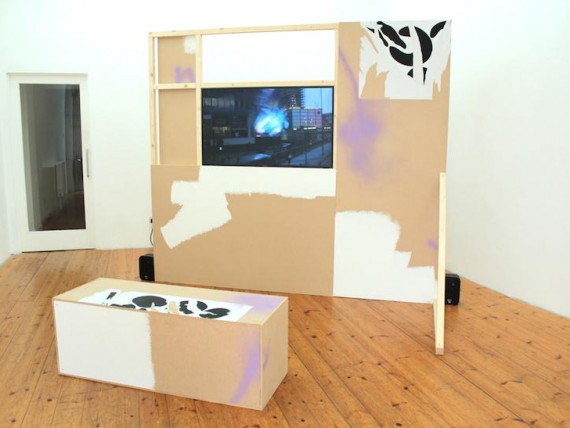