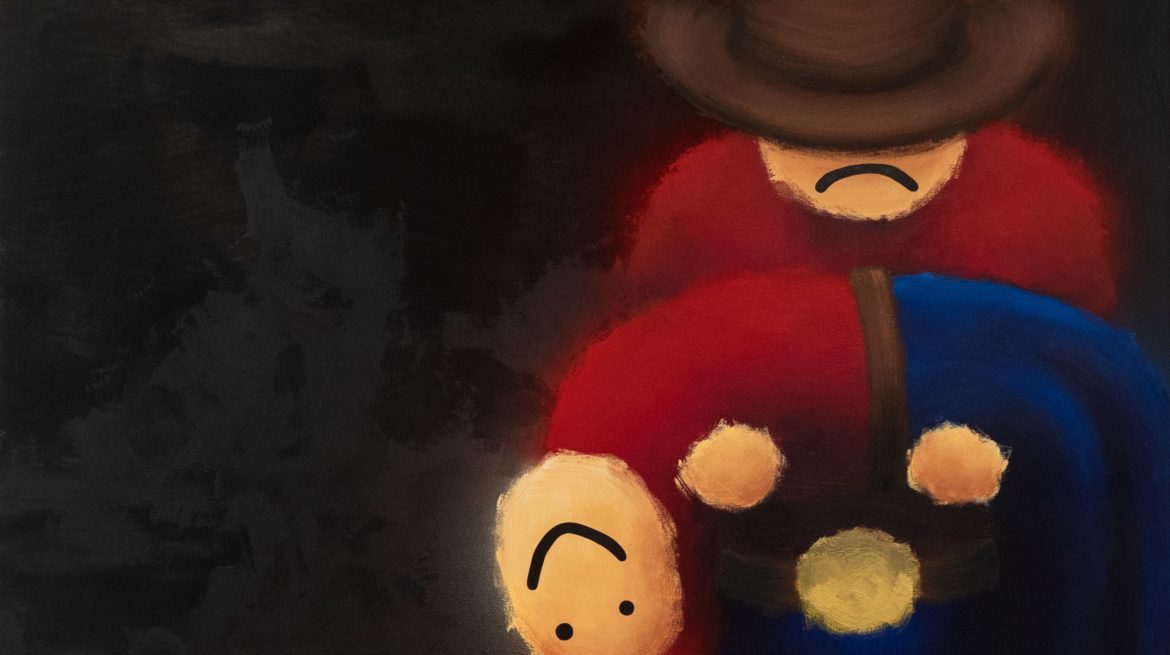 I Ain’t Half The Man I Wanted To Be

PUBLIC Gallery is pleased to present I Ain’t Half The Man I Wanted To Be, the debut UK solo exhibition of New York based artist Hunter Potter. Revolving around his personal meditation on the expectations of masculinity, Potter examines real and imagined outcomes of his own life given a different set of choices and decisions.

Heavily exaggerated and often fantastical, Potter’s paintings pay homage to the various people and lifestyles observed and experienced throughout his upbringing. The work, therefore, seems to respond to, as well as question, Potter’s own potential role and position within the romantic small-town, blue-collar, Americana environment.

Throughout this new series, Potter mines his own memories and nostalgia to examine, quite simply, the man that he could have, and perhaps wishes he had become. Often presented through symbolic Wild West metaphors, the paintings are both idealized and self-critical. These hyper masculine characters clad in flannel, cowboy boots, and prison stripes, work to question the very expectation of what it means to be a ‘real’ American man in the 21st century.

Using repetitive, familiar, and metaphoric imagery, the paintings place Potter’s own life experiences within the wider arena of Americana folklore: stories that are neither past nor present, fact nor fiction, right nor wrong, but more so a recognisable combination of it all.

Hunter Potter was born in 1990 in Syracuse, NY, and studied studio art at the University of Vermont where he graduated in 2013. He moved to New York City in 2015 and spent time commercial sign painting before establishing his own studio in Brooklyn. Last year Potter was selected for the PLOP residency, London and in 2018 was awarded the Roger Smith Artist Fellowship undertaking residencies at the Vermont Studio Centre, Johnson VT and the Golden Foundation, New Berlin, NY.