More in Postcards from the Last Century 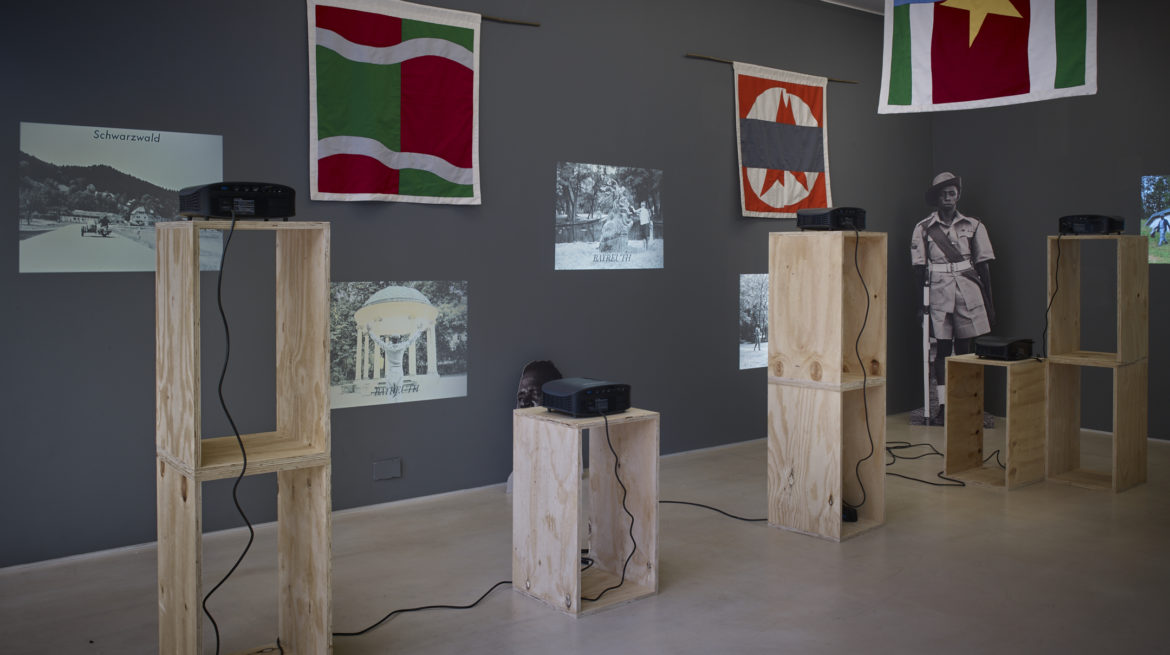 Postcards from the Last Century

Samson Kambalu’s approach to making art is akin to his approach to life – ‘I think about life as a creative project’ he says. This ethos is derived from his knowledge of 19th and 20th century Western philosophical thought, richly blended with and viewed through a lens of multiple and merging belief systems as experienced during his youth.

The films presented at PEER were shot during Kambalu’s recent research trip to the Black Forest in Bavaria, visiting Heidegger’s Hut and Bayreuth, the home of Wagnerian opera. His films have the look of found footage from early cinema and are often just a few seconds long, featuring the artist enacting a gesture or action – they have been described as ‘cinematic fragments that blend slapstick and spiritual ritual’. They have the look of found footage from early cinema, but the artist grounds his practice in Nyau culture – a secret society of the Chewa tribe, which is especially known for its ritual mask performances. Kambalu’s ‘Nyau Cinema’ is characterised by spontaneity, playfulness and a non-linear approach to time.

Alongside his films, Kambalu will show work arising from his childhood memory of collecting bubble gum cards of the flags of the world. These national and sovereign identities are manipulated and dissected using smart phone technology to create images that adopt the ‘look’ of geometric Western abstract painting, and also resonate with the vibrant colours and bold pattering of African Kente cloth.

Kambalu’s often irreverent fusion of social, national and artistic tropes and identities is intentionally mischievous and provocative. His aim is to skew our reading of cultural behaviour and customs and to seek out the areas where humanity meets. Having become a fellow at Magdalen College, University of Oxford in 2018, Kambalu relishes the ceremonial and ritualistic customs of the academic life of “lingering medieval scholasticism and ’time wasting’ rituals”, and the parallels that he draws from the ‘radical democracy’ of the Nyau culture he embraced during his Malawian upbringing.

The gallery is a 6 minute walk from Hoxton Overground station. Alternatively, Old Street station is a 10 minute walk away. 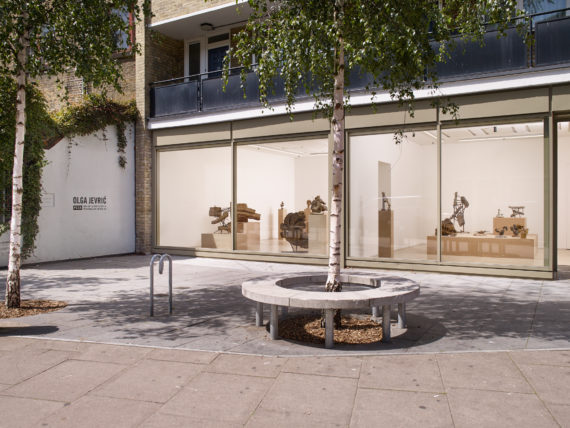