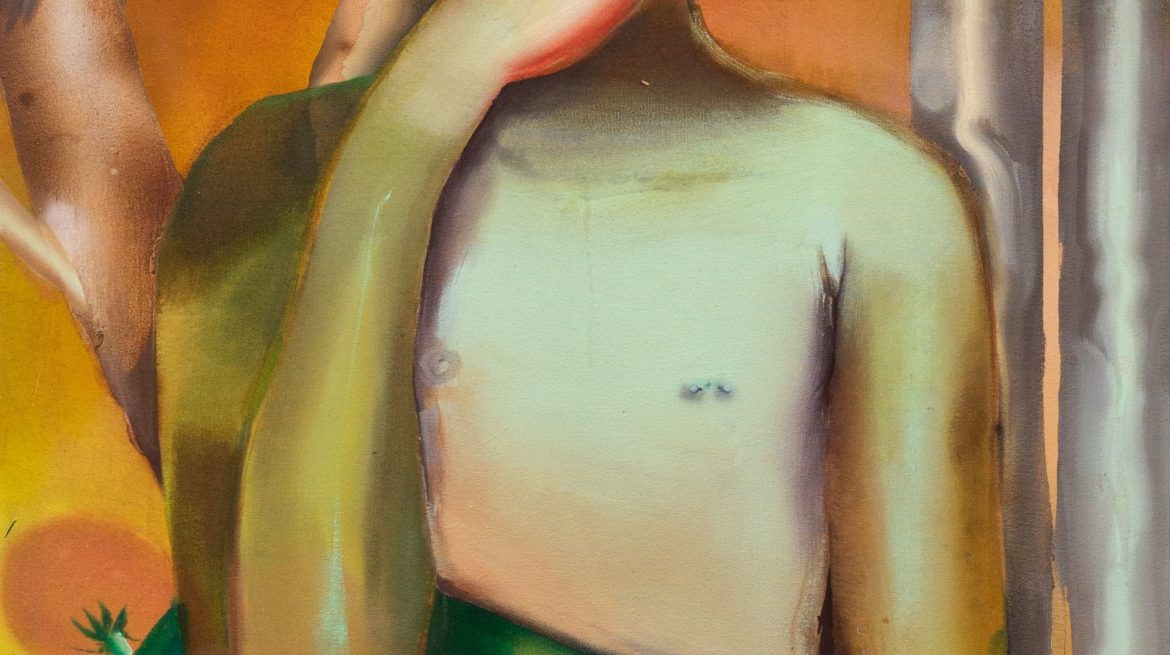 PUBLIC Gallery is delighted to present Power Walking, the debut UK exhibition of New York based artists Elizabeth Glaessner and Rose Nestler. Through a new series of works created in dialogue, both artists explore themes of metamorphosis, gender and ritual that challenge and re-cast established power structures.

The exhibition draws on a host of art historical and mythological sources, from medieval costume to the lustful nature-spirit of a Satyr – half man half goat – which re-occurs in the work of both artists. By engaging with these classical sources Glaessner and Nestler dissect the linear narratives to which these objects and figures have been bound, in turn revealing an unrestricted freedom of identity. Suits of Armour once the regalia of knights are re-claimed as objects of kink imbued with a sense of indominable power, while mythical figures are enlivened with feminist urgency.

Using pure pigments dispersed with water and various binders, Glaessner creates a saturated and intricately layered world of transformation and multiplicity that welcomes the amorphous nature of her subjects and their surroundings. These paintings invite us into a surreal universe populated by androgynous beings and tricksters that blur the line between myth and reality. Her painting techniques shift between articulation of form and moments of non-representation, reflecting the metamorphosis occurring within the subjects themselves. Glaessner’s piece Power Walkers presents multiple legs mid-stride – part human part animal. The dangling hooves of the omnipresent Satyr suggests a rider mounted on an equine creature, a nod to Renaissance painter Andrea Mantegna’s depiction of Pegasus. But here, edges are blurred and boundaries are crossed, suggesting a more ambiguous reading.

Nestler’s soft sculptures often take the form of clothing and accessories, highlighting the ways that gendered stereotypes play out on the body. Through reinterpreting loaded garments and objects into oversized soft sculptures and wall hangings that straddle humor, shame and pride, she instils an omnipotent feminine power into the iconic items she recreates. Her piece Leggings for a Satyr forms a whimsical dialogue with some of Glaessner’s figures, while emasculating the image of these sexual deviants who historically faced no consequences for their actions. In a nod to the artist’s ongoing Power Suit series, her all leather piece, The Hand that Feeds, offers a depiction of femininity gone too far; a hand reaching out from the wall with long white fingernails curling just above the floor, it celebrates an animalistic impracticality, taking ownership over its condition and rejecting a fate of objectification.

Glaessner and Nestler both find elasticity in mythical figures and historical narratives. The works created for Power Walking question the way in which we relate to and envision our past, the characters that they have invented are shape shifters, finding power in a gender fluid albeit sensual space where they are their own agents of authority and joyful abandon. As the title of the show indicates, nothing is static, the dynamics are shifting, and movement is ongoing.