Lulua Alyahya’s paintings encompass imagery and references drawn from different worlds, carefully interwoven to pose open-ended narratives. The outcome can be a resolved inquiry or inversely a surrender to confusion. Alyahya’s work dwells on culturally familiar notions of masculinity, beauty, and coming of age. Her protagonists are often idle and melancholic, situated against dreamlike, nondescript backgrounds.

In Tom Hardwick-Allan’s woodcut blocks, the act of printing has been suspended. Awaiting contact, they are held in a state of metaphysical straining. Form and content are bound, resulting in a wing too heavy to fly. These are the last 3 from a series of 9 wings this size that depict a tree in the forewing, with its roots reaching down into the hindwing. Like dead wood dreaming of its own predigested form, this central motif is often warped – caught in the process of becoming other things. The pronged imprint of a bird’s foot echoes the shape of the tree from which it is vacant. These visual rhymes structure an inquiry into reality as an essentially parodic phenomenon.

Ahaad Alamoudi presents a mixed media video piece featuring a set of fictional narratives sent to the present from inhabitants of the future who were hit by waves moulded and shaped to what they are now. The letters are laces in truths of our present, with a small warning of what’s to come. Moving through time, focusing on visions and resurrections, the time capsules question the complex process of change; what is lost and what is gained through its motion. The time capsules are recited by Alia Fadag.

A text by Cassandre Greenberg accompanies the exhibition.

Getting to: The Residence Gallery

The gallery is approximately 15 minutes  walk from London Fields and Cambridge Heath stations. 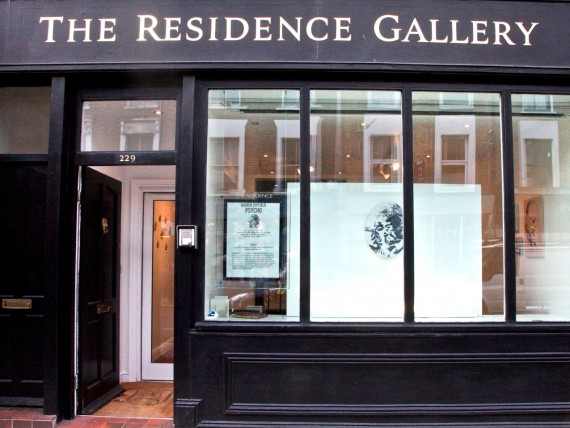