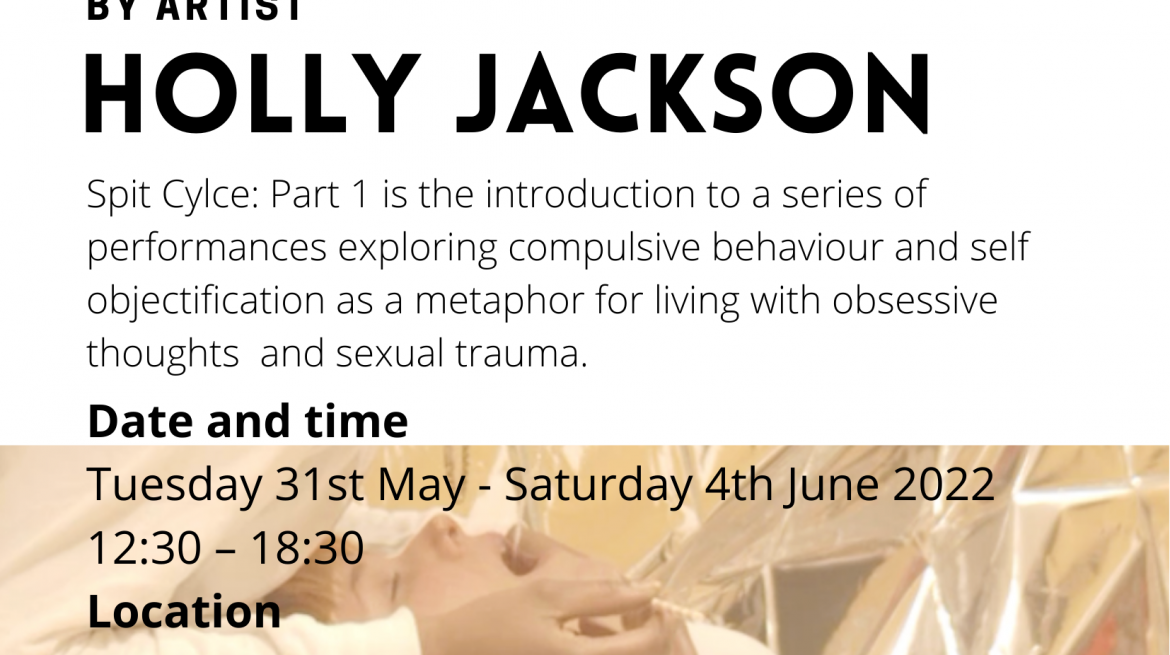 The overall body of work displayed through Spit Cycle, act as results of obsessively observing the self and the other shown through performance, video and sculpture.

The work aims to engage the liminal non-physical and emotional place where Jackson simultaneously puts herself; revealing her deepest and most private discomforts amidst putting them on display for the world to observe, critic and sometimes even be disgusted by.

Through performing mundane tasks and creating self-implemented physical limitations and hiding herself away completely in secretly filmed footage of total strangers, Jackson invites you to be a voyeur in her mind whilst taking on some of her discomfort by participating as a spectator.

Spit cycle is an exploration of obsessive thoughts, compulsive behaviour, surveillance and self objectification from a feminist-centred perspective. 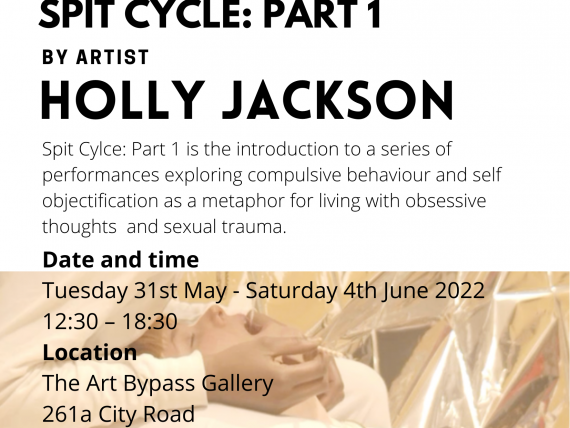